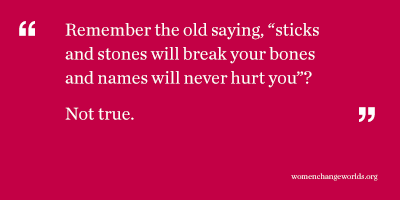 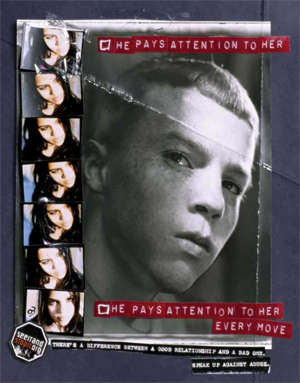 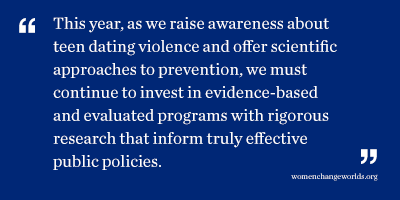 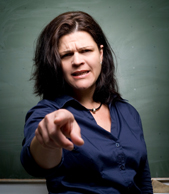 Policies, procedures, and protocols for bullying prevention and intervention are now a requirement for most schools across the country. Yet policies that are developed and implemented in isolation are insufficient to address the challenges of bullying behavior. It is also critical to create a school culture and climate of communication, collaboration, and trust where children and adults feel safe and supported to speak up about bullying.

Building a safe environment is a key element to preventing and addressing bullying in schools. New research from ChildTrends found that bullying prevention programs that use a whole-school approach to foster a safe and caring school climate – by training all adults to model and reinforce positive behavior and anti-bullying messages – were generally found to be effective.

The Open Circle Curriculum, an evidence-based social and emotional learning program, focuses on both proactively developing children’s social and emotional skills (like calming down, speaking up, and problem solving) and building a school community where children and adults feel safe, cared for and engaged in learning. We encourage a unique whole-school approach that includes training all adults in the school community – teachers, administrators, counselors, support staff, and families – to learn, model, and reinforce pro-social skills throughout the school day and at home. 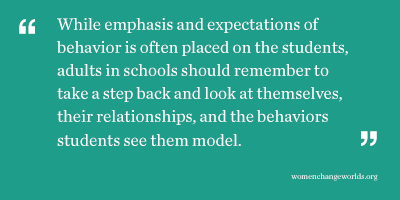 Students are always watching. They are watching adults at their best and they are particularly watching adults when they are in conflict. While emphasis and expectations of behavior is often placed on the students, adults in schools should remember to take a step back and look at themselves, their relationships, and the behaviors students see them model. It’s imperative that adult communities in schools reflect the same expectations of behavior that we have for students. Otherwise a climate may develop where students and adults may not feel safe to identify, report, and effectively address bullying behavior.

When a consistent culture and climate is created both on the student and the adult level, bullying prevention efforts will be strengthened along with creating the best possible environment for learning.

Nancy MacKay, B.A., and Nova Biro, M.B.A. are Co-directors of Open Circle, a leading provider of evidence-based curriculum and professional development for social and emotional learning (SEL) in Kindergarten through Grade 5. Open Circle, a program of the Wellesley Centers for Women at Wellesley College, is at the end of its 25th anniversary year.