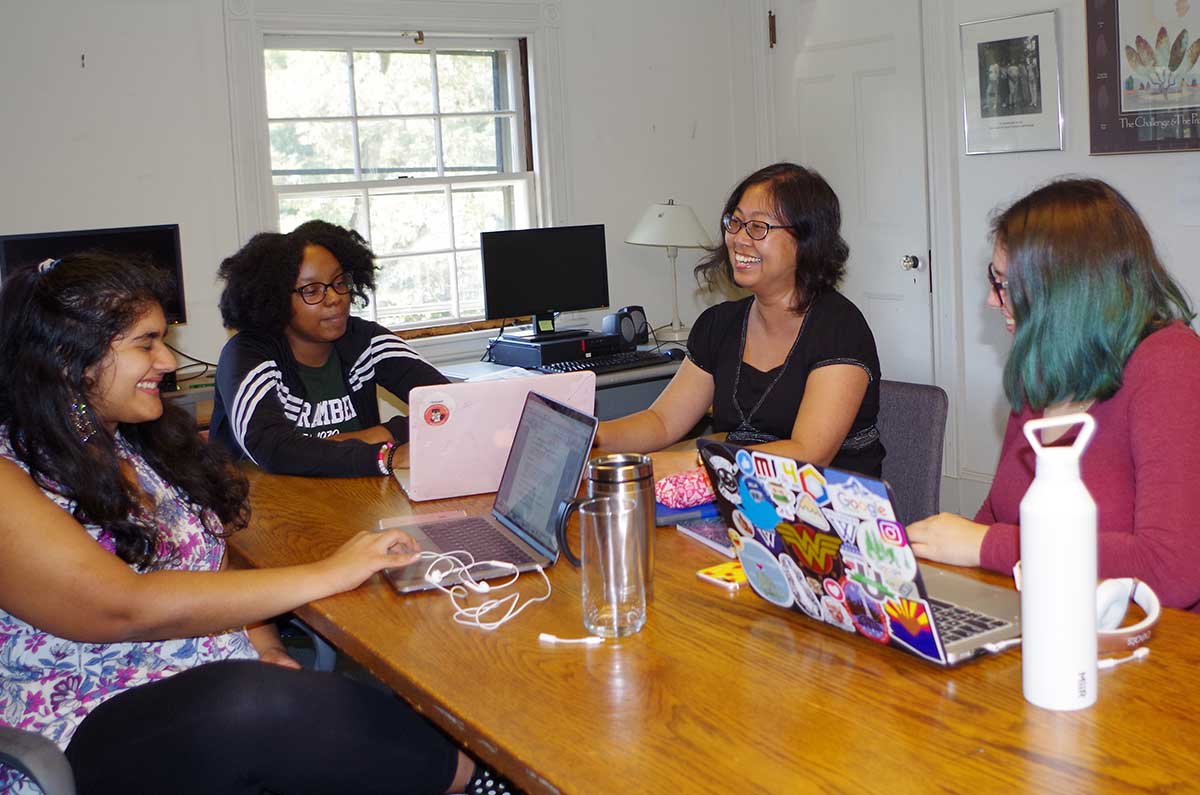 The Eunice Kennedy Shriver National Institute of Child Health & Human Development of the National Institutes of Health (NIH) awarded the Wellesley Centers for Women (WCW) $450,000 over three years to study social media use of early adolescents while providing Wellesley College students with hands-on research opportunities. The longitudinal, multi-method study will investigate associations between middle school students’ social media use and health implications, as well as the roles of peer influence and parental monitoring.

Despite the growing number of early teens using social media, prior research published by institutions such as the American Academy of Pediatrics focus primarily on older teens. Little is known about risks for younger users in early adolescence when social media use typically starts.

“These early adolescents are at a particularly vulnerable point in their lives when their primary developmental tasks are to develop their own identities apart from their families and to belong to peer groups,” said Charmaraman who directs the Youth, Media, and Wellbeing Research Lab. “We need to better understand the specific behavioral and psychosocial risks they face when using social media at such a young age.”

The undergraduate student researchers will assist in conducting surveys of over 800 middle school students, surveying a subsample of parents, and interviewing a subsample of middle school students. Analysis of those surveys and interviews will investigate demographics associated with early social media use, how social media use is related to psychosocial issues such as depression or anxiety, and behavioral outcomes including sleep, physical activity, substance use, or problematic internet behaviors, as well as the influence of parents and peers.

“Our goal is to inform how policymakers, educators, pediatricians, and families can address social media use and the ways it contributes to both positive and negative psychosocial and behavioral health outcomes in this understudied segment of the population,” said Charmaraman.