This policy brief originally appeared in the Spring/Summer 2016 Research & Action Report from the Wellesley Centers for Women as part of the multi-media series Advancing the Status of Women & Girls, Families & Communities: Policy Recommendations for the Next U.S. President. 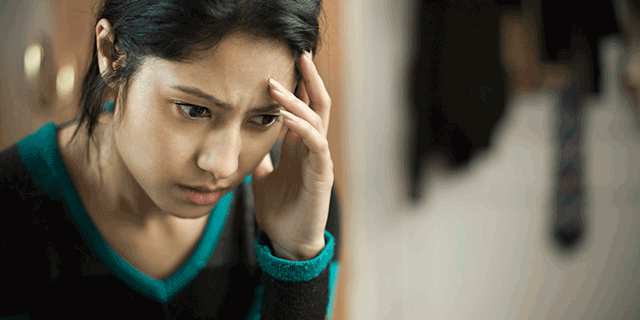 Although depression is among the most treatable of all mental illnesses, and although we have evidence-based treatment approaches for depressed youth, the reality is that only about half of all depressed children and adolescents ever receive treatment, and only about half of those who do receive treatment actually improve as a result. Nearly all of those who recover from depression will experience a subsequent depressive episode within a few years. Specifically, 40 percent of youth who have experienced a past episode of depression will relapse within two years, and 75 percent will relapse within five years. This means that a typical 15 year-old who develops an episode of depression, if she is fortunate enough to receive treatment and benefit from it, will experience another depressive episode while she is graduating from high school and transitioning to adulthood.

Although nearly one in five young people experience an episode of depression by the end of adolescence, treatment protocols for youth depression only help about half of those they target, and relapse is common and debilitating. Funding for depression prevention efforts is limited, and preventive programs are difficult to access.

Youth depression is a problem of major proportions, affecting millions of children and families and interfering with children’s social, emotional, and academic functioning. Although evidence-based treatments for youth depression have been found to work well, treatment resources often are difficult to access. Most adolescents who recover experience relapse, and the long-term consequences of youth depression are significant.

Recently, promising research has suggested that depression is among the most preventable of major mental illnesses. We now know of strategies that work to prevent youth depression, including providing cognitive behavioral interventions to adolescents at high risk and helping youth to strengthen social relationships. Based on this research, many European colleagues now encourage a focus on preventive efforts for youth at risk for depression. Although funders and policymakers in the U.S. support preventive efforts for medical concerns, such as healthy eating and exercise to address heart disease, prevention, unfortunately, is often overlooked in mental health. Researchers, policymakers, and practitioners should focus attention on identifying youth at risk for depression, providing evidence-based preventive interventions to at-risk youth and families, and assisting at-risk youth in accessing preventive and/or treatment resources, as needed. 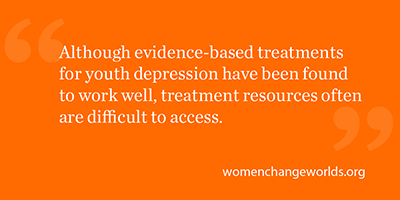 Recommendations for enhancing a focus on the prevention of youth depression include:

Tracy Gladstone, Ph.D. is an associate director and senior research scientist at the Wellesley Centers for Women as well as the director of the Robert S. and Grace W. Stone Primary Prevention Initiatives, which focus on research and evaluation designed to prevent the onset of mental health concerns in children and adolescents.

No comments made yet. Be the first to submit a comment
What’s Next: Coming Together
Partnerships are Critical to Student Success

More posts from author
October 10, 2020 Despite Challenges of Pandemic, Depression Study Finds Silver Linings
May 08, 2019 Promoting Resilience in Children at Risk for Depression
May 10, 2017 13 Reasons Why and the Need for Correct Messages About Teen Depression and Suicide