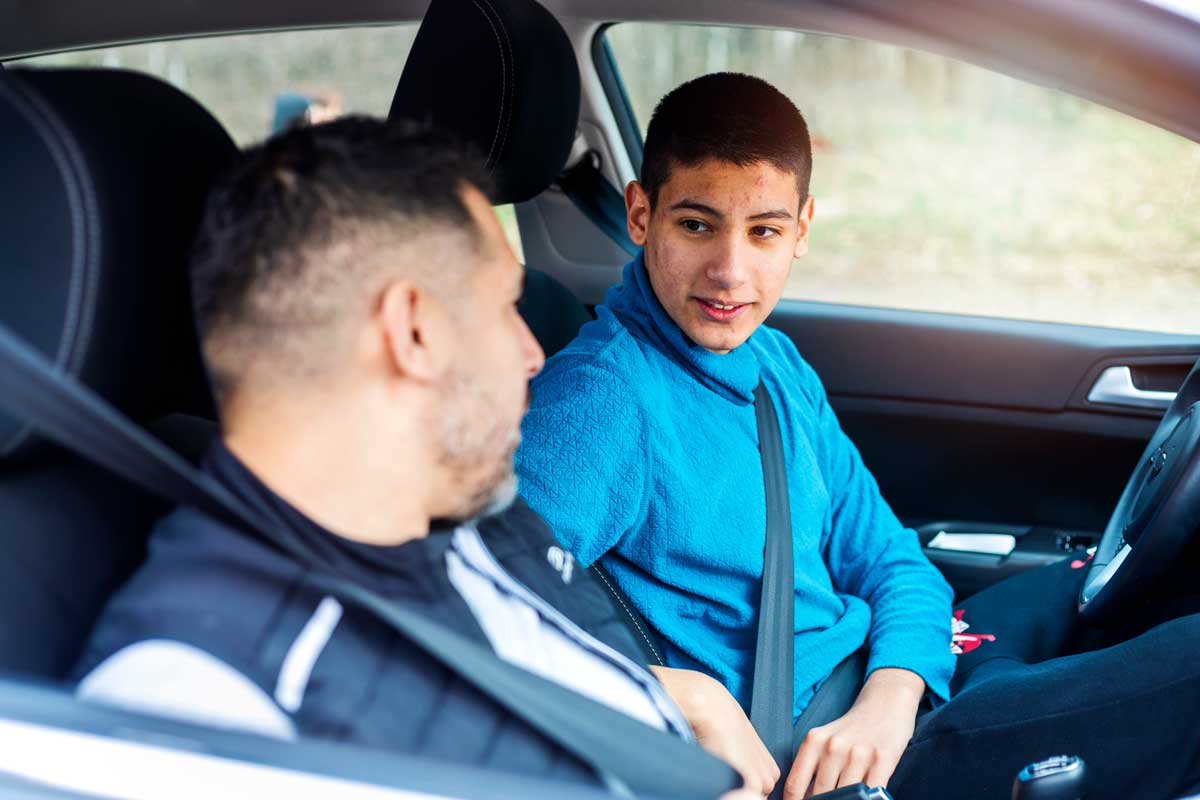 “Some of those conversations, I just can’t jump in like that,” one of the fathers in our study told us. We were interviewing fathers about their experience talking with their teenagers about sex and relationships. Many expressed what this father did: Talking about these topics can be hard, and it would be helpful to have some guidance on how to go about it.

My research team and I interviewed 43 fathers of high school-aged teens (age 14-18) to find out about their experiences. We asked them about talking with their teens about dating, sex, and relationships; their attitudes toward a potential intervention to support father-teen talk about dating, sex, and relationships; and for feedback about the structure and content of a potential intervention.

The most striking aspect of our research findings was that fathers were enthusiastic about the idea of an intervention that could guide them in these conversations. This is surprising given low rates of father participation in parent-based sex education programs. Fathers connected their interest in an intervention to the challenges they face in talking with their teens about sex and relationships, such as discomfort with talking about sex and not knowing how to start a conversation. Many said that it’s especially hard to talk with their daughters about sex and relationships, but they also shared a belief that their perspectives and experiences as men could offer useful insight, no matter their teen’s gender.

NFL players come into a training camp, you have rookies, you have mid-level guys, and then you have the old grizzly veterans, and they all share information with each other and learn from one another . . . I think that it’s important for men to be able to learn from other men and to share their experiences so that they can improve each other.

When it comes to an intervention, fathers wanted something more peer-based or interactive than most existing programs. They wanted the opportunity to share experiences and learn from other fathers, especially in the context of programs led by people with backgrounds similar to theirs.

“NFL players come into a training camp, you have rookies, you have mid-level guys, and then you have the old grizzly veterans, and they all share information with each other and learn from one another,” said one of the fathers we talked to. “I think that it’s important for men to be able to learn from other men and to share their experiences so that they can improve each other.”

The fathers we spoke with talked about the importance of discussing topics essential to protecting their teens from harmful experiences such as unhealthy relationships, teen pregnancy, and sexually transmitted infections. They recognized the importance of talking about consent, which is significant: prior research doesn’t show much focus on consent when parents talk to their teens, and most school-based sex ed programs don’t address it.

Knowing what to talk about is obviously important, but the fathers we spoke with were just as interested in learning how to talk about it, as well as when and how often. One father told us he wanted “more tricks, more tools, more things to help to get the conversation going… things to ease awkwardness.”

Given the potential of conversations between fathers and teens to protect teens’ sexual health, and the lack of existing programs designed to support fathers in these conversations, it’s clear that a useful and engaging intervention is needed. With this study, we’re moving closer to understanding what fathers want and need in an intervention program tailored to them.

Read more about this study in the International Journal of Environmental Research and Public Health.

Jennifer M. Grossman, Ph.D., is a senior research scientist who leads the Family, Sexuality, and Communication Research Initiative at the Wellesley Centers for Women.

No comments made yet. Be the first to submit a comment
As Title IX Turns 50, Looking Back and Looking Ahe...
Why Didn’t You Just Leave? and Other Unanswerable ...

More posts from author
October 28, 2020 Parents' Communication with Teens About Dating is Changing During the Pandemic
October 22, 2014 Let's Talk about Sex
March 18, 2013 The Birds, the Bees, and the Stomach Butterflies