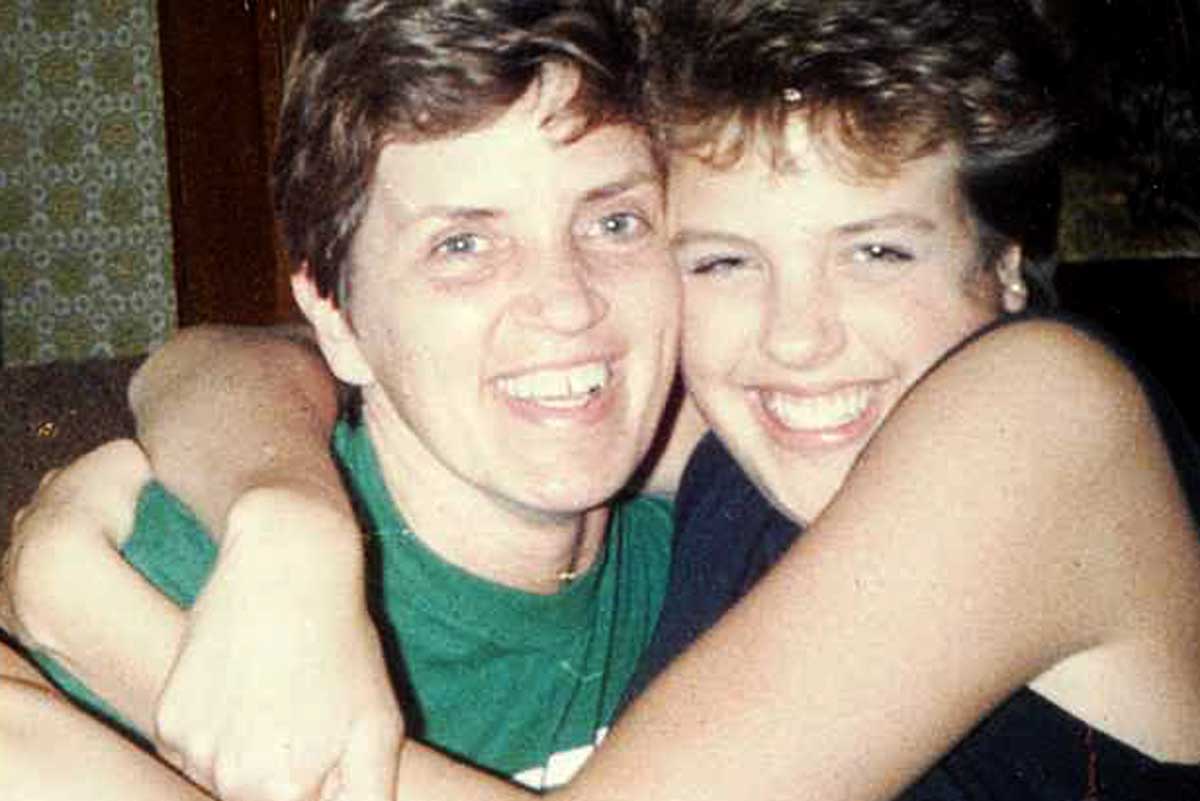 I despise the question “Why didn’t they just leave?” As an anti-human trafficking advocate, I know that question, when asked of victims of human trafficking or gender-based violence, often reveals more about the inquisitor’s lack of understanding than a victim’s reasoning. In my experience, anyone who can ask that question has the privilege of never having been entangled within the dynamics of interpersonal violence. I am grateful for research that explains the complicated factors faced by people making the stay-leave decision: fear of being killed; economic dependence; self-blame; charming perpetrators promising it will never happen again; shame; lack of affordable, stable housing; and on and on and on.

But this time I am the person asking the question. I recently learned my late mother knew my father was commercially sexually exploiting me as a child. When I was 5, my mother caught my father selling me for sex via CB radio in our backyard garage. My mother and I did leave, but returned after a week. My sense is my mother thought he had stopped, but he just got more secretive. Instead of holding parties in our garage, he began taking me to a nearby rest area along the major highway that ran past our house to meet his trucker clientele. The trafficking continued for seven more years, until my father left when I was 12 to marry his mistress.

My blood runs cold as I write that last sentence. Turning my blood to ice is my body’s way of confirming excruciating details of the violence I endured. I am still wrapping my head around the fact my mother knew and we stayed. We stayed. I only learned these details about a month ago while investigating my history in my hometown. My mother swore a family friend to secrecy just before she died.

I rationalize my mother’s actions as terror that I would be put into foster care if anyone had discovered the truth. While that fear may have been part of her calculus, I wish I could ask my mother how and why she made the decisions she did: Did my father threaten to kill us if we left again or if you told anyone? He was a sadist: he found great pleasure in harming and humiliating us. My survival always felt tied to his presence, mood, and blood alcohol level. I learned from an early age how to please him to stay alive. My first sentence was “Where’s Daddy?” Her resolve to keep me breathing feels like the one answer I could square. But I can’t ask her since she died from cancer 29 years ago.

Why didn’t you tell me you knew even when your cancer became terminal? This is another question I wish I could ask. My sense is my mother hoped I would leave our small Appalachian hometown and never look back after I graduated from college six months after she died. Her dying wish was for me to go to graduate school in Boston. She did not want my life to look like hers. She even waited to tell me her final bone marrow transplant did not work until after I had left for my senior year. Had she told me sooner, she would have had to risk me staying.

I believe banishment was her answer because as a girl, she dreamed of escaping her violent family by going to business school in Hawaii. But her abusive father told her she could learn everything at her textile factory job that she could learn in college. So, my mother fled her family home by marrying immediately after high school. My father turned out to be even more dangerous.

What my mother could not have understood, though, was that no “better place” exists. Sure, the 300 miles between my hometown and Boston, as well as New England’s cultural norms supporting women’s educational and financial independence, allowed me to build the life she always dreamed for me. But the education she demanded I earn taught me interpersonal violence and systemic barriers to safety are ubiquitous.

While I will never know my mother’s answers to these questions, I do know her keeping me alive gave me a future, if not a childhood. For that reason, I am determined to use my skills as a research scientist to disrupt the cycles of child abuse, gender-based violence, and exploitation that know no borders. I now do human trafficking trainings and advocacy work in my hometown because the systems that enabled my trafficking as a child still exist. As a mother myself now, I am grateful I can be the woman I needed as a girl.

Kate Price, Ph.D., is a visiting scholar at the Wellesley Centers for Women, where she is completing a writing project on the commercial sexual exploitation of children in Appalachia.

Thank you for your kind words and ongoing support, Susan.

Very powerfull story and motivated, beautifull story line and i love this story, it's touch my heart❤️

Thanks so much for everything

0 Cancel Reply
Thanks so much for everything
Cancel Update Comment

Thank you for sharing your story. I don't know you, but i feel so proud of you! You have accomplished so much despite all the adversity you faced. LOVED "As a mother myself now, I am grateful I can be the woman I needed as a girl." POWERFUL message.

0 Cancel Reply
Thank you for sharing your story. I don't know you, but i feel so proud of you! You have accomplished so much despite all the adversity you faced. LOVED "As a mother myself now, I am grateful I can be the woman I needed as a girl." POWERFUL message.
Cancel Update Comment

It's such a nice article

0 Cancel Reply
It's such a nice article
Cancel Update Comment
1
Fathers Want Guidance on How to Talk to Their Teen...
This Mother's Day, Let's Celebrate College Student...