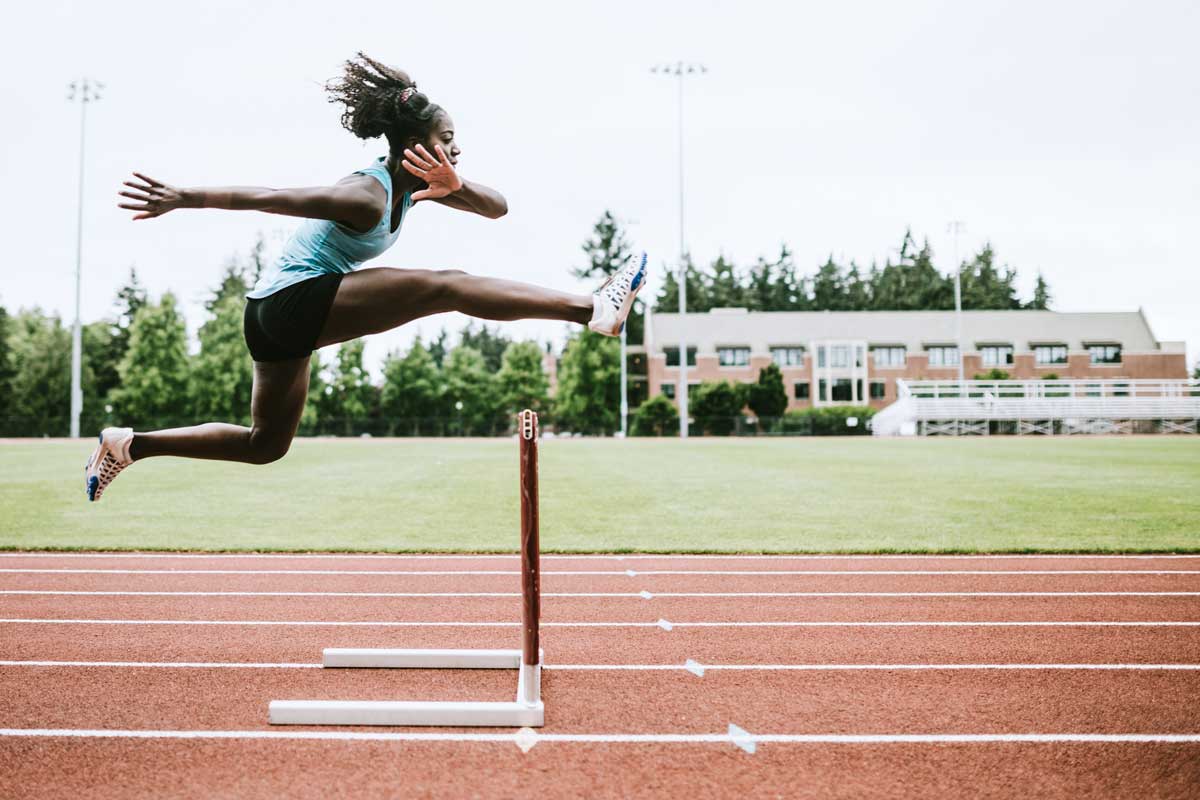 I’m embarrassed to admit this, but before the leaked Supreme Court opinion, I had not connected the proximity of the Roe v. Wade decision and the passage of Title IX.

Now, the “50-year anniversary” reminder attached to each has brought this temporal proximity (seven months) into view. Today these watershed events look less like sturdy partners on the road to gender equality and more like moments that foreshadowed a fraught present.

Roe v. Wade and Title IX bore the stamp of the times. Which was not to address inequality, but—like female athletes forced to re-use men’s sweaty athletic tape and wear their old uniforms and equipment, as Bernice Resnick Sandler reported—to jerry-rig something that let women shove a foot in the door.

And shove a foot in the door they did. Thanks to Roe v. Wade, women’s labor participation rose from 43.3 percent in 1970 to 57.4 percent in 2019 while men’s declined from 79.7 percent to 69.2 percent, according to federal data. However, the pandemic revealed the precariousness of such advances as striking numbers of women left the workforce amid reports of an extreme toll on wellbeing.

Like Roe v. Wade (rooted in the right to privacy and not actual gender equality) Title IX sought to address a problem—educational access—without disrupting what had been built for men.

Recently, Treasury Secretary Janet Yellen warned that the end of Roe v. Wade would “set women back decades.” Already, we have heard suggestions that women who get abortions be charged with murder (for now, removed from a Louisiana bill; charges against a Texas woman were recently dropped). What’s more, we had to hear an Ohio state legislator proclaim that forcing a rape victim to bear a child would offer her an “opportunity.”

Nowhere have I heard about men’s responsibility in the abortion debate. Or new obligations or restrictions on their bodies.

Which brings me to Title IX. Like Roe v. Wade (rooted in the right to privacy and not actual gender equality) Title IX sought to address a problem—educational access—without disrupting what had been built for men.

Although Title IX was passed in 1972, regulations were not issued until 1975. Then, President Gerald Ford (a college football player) wrote to House and Senate leaders to welcome hearings as NCAA leaders voiced fears that the law “would signal the end of intercollegiate programs as we have known them for decades.” To be clear: Debate around Title IX was most concerned with preserving the sanctity of men’s sports.

Today, we face the consequences of a system built on the sex segregation of sport, that never demanded equality for female athletes, but rather gave rise to a complex set of rules around access and progress. Still, women have made strides. Most notably, U.S. Soccer recently agreed to provide men and women equal pay and World Cup prize money.

Yet, at the same time some female athletes get their just rewards, we face the question of how to include transgender athletes. It is a challenge to the sex-segregated structure of sport that has been waiting to unfold.

In some ways, this is nothing new. The International Olympic Committee and individual sport federations have grappled with it for years, puzzling over the necessity (or not) of surgery, hormone replacement regimens, and measuring testosterone levels so athletes may compete in the gender category that aligns with their identity.

Gender, biological sex, and the definition of a "physical advantage" are more complex than they appear on the surface. Which attributes are a boon varies depending on the sport. It’s no surprise that those physically endowed in some manner may have an edge.

Yet, given the public dominance of traditional male sports, it’s easy to forget that sports can be endlessly flexible. They are socially constructed. We may, at any time, at any level, organize, score, or arrange things differently. (Until 2004, badminton was played to 15 points, 11 for women’s singles. Now, all go to 21.) If we can create handicap systems and weight classes, each sport can find a fair way for all to compete. We could have co-gendered competitions, trans-specific or trans-integrated sports.

Title IX, like Roe v. Wade, looked like a tremendous win. And it was. But, before we further fuel a culture war in women’s sports, let’s recognize that we are bearing the backlash of legal strides, however wonderful, that never fully guaranteed women’s equality with men. Half a century on, it’s time to demand more.

Throughout the month of June, we’ll be exploring some of the new frontiers of Title IX here on Women Change Worlds.

Laura Pappano is writer-in-residence at the Wellesley Centers for Women. An experienced journalist who writes about education and gender equity issues in sports, she has been published in The New York Times, The Hechinger Report, USA Today, The Atlantic, The Boston Globe, The Washington Post, and The Christian Science Monitor, among other publications. She is working on a book about parent activism in public schools.

No comments made yet. Be the first to submit a comment
Helping Middle School Girls Create Their Own Digit...
As Title IX Turns 50, Looking Back and Looking Ahe...