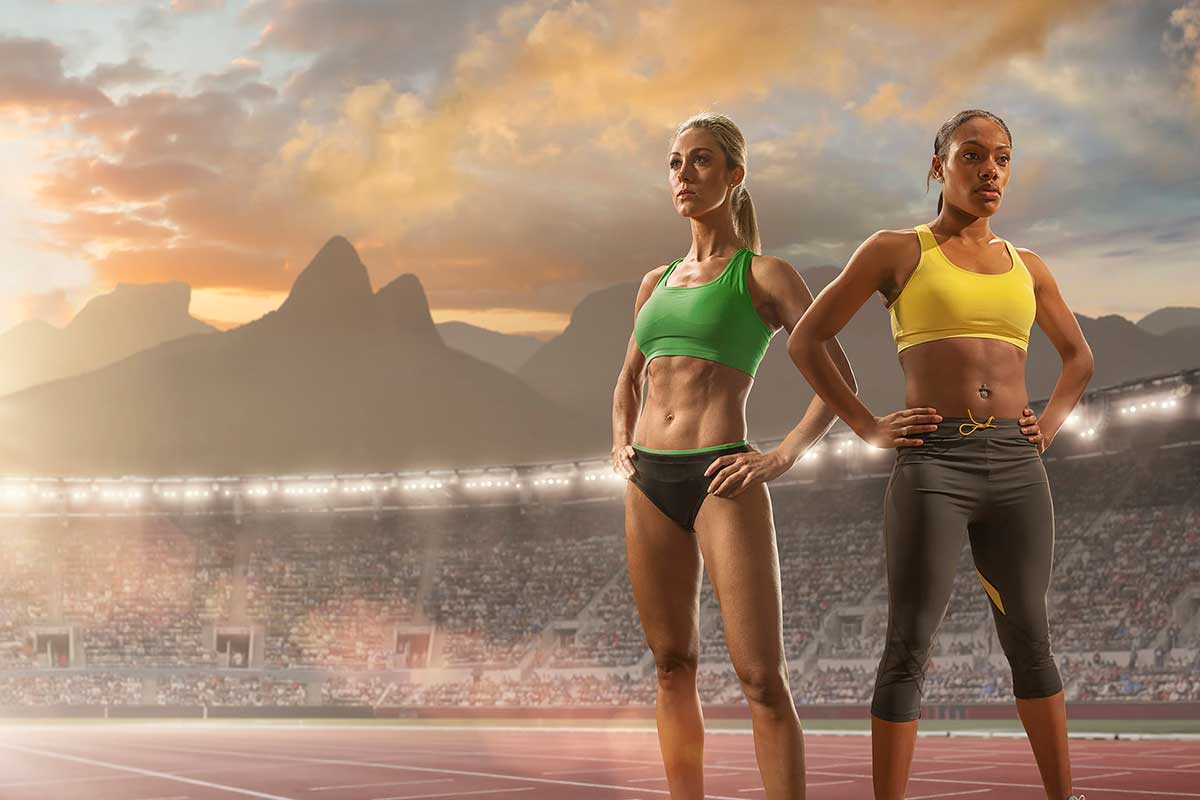 As I reflected earlier this month on National Girls & Women in Sports Day, it felt different this year. Rather than a pumped-up opportunity to celebrate strides—the sweat, guts, and proficiency of female athletes—my conscience urges reflection.

I can’t write about National Girls & Women in Sports Day or the Winter Olympics which opened this week without considering the abuse of young gymnasts by Lawrence Nassar, former doctor for the national team. So far, 140 (140!!!!) women and girls have said that Dr. Nassar sexually abused them under the guise of “treatment.” Somehow their voices were pervasively and effectively muted, disregarded or explained away. Coaches, athletic training programs, and facilities and that exalted sports governing body—the Olympic Committee—failed to protect these athletes from a monster.

Yet this is not merely a question of “speaking up” but the problem of whose voice matters. For years, it was Larry Nassar’s. To those young women caught in the broken culture of gymnastics, abuse was the “price” for the opportunity to compete at the highest levels.

Athletic excellence requires sacrifice, but it’s not communicated well enough what, exactly, that entails and where the lines should be drawn. We need to nail that. We are living in an era of outcomes. The final, shining product, the result, is what dominates our attention. It has made us less interested in the messy “how” and less focused on the unquantifiable value of the process. And, less willing to hear upsetting or complicating information. Yet, culture must be built from the inside out and the bottom up. On the balance beam or off.

This is just as critical for sports as it is in other fields. It is not enough to celebrate wins. We must ask how they were earned. How was it made? The #MeToo movement is pressing the matter, not just in movies and on TV news desks, but in museums, as many wonder about adding an asterisk and explanation beside the work of egregious sexual harassers. This is interesting on a number of levels, not the least of which is recognition that solo brilliance may not be solo—and, or—that in a time when simplicity (“build the wall”) has anchored political decision-making, that we crave complexity. All is not quick or easy.

Sports—in highlights—reflect split-second plays. One key move. But athletic endeavors are the culmination of multiple inputs, of practice, advice, persistence, teaching, cheering, anger, love. And every part matters. This is to say that we must pay attention to our system of sport. Which unearths another explosive conversation. Last month, an opinion piece in the Los Angeles Times by a professor and former track athlete, Victoria Jackson, argued, as the headline put it, that “College Sports are like Jim Crow.” It inspired viral debate.

The pointed issue—unpaid black male athletes in football and basketball raking in revenues that fund “white” sports like swimming (and women’s sports) —is not new (check out a 2012 paper, “Challenges of Being a Black Student Athlete on U.S. College Campuses”). The matter of whether to pay or not pay revenue-producing male NCAA athletes is the leading edge of a bigger conversation: What is the purpose of college sports? 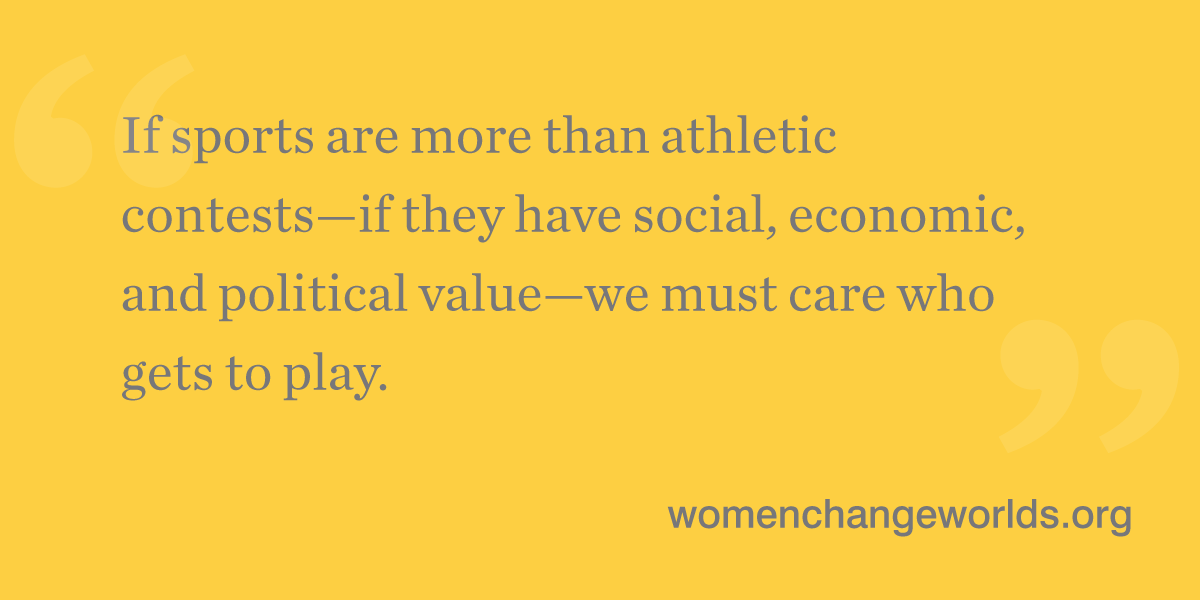 But the very fact that we can clearly delineate “black sports” and “white sports” is not an accident but something nurtured and presumed. If sports are more than athletic contests—if they have social, economic, and political value—we must care who gets to play.

If you look at NCAA participation by sport and race—for women—in 2016-2017, the latest NCAA data available, not a single black female athlete in Division I played squash or sailed (one skied and one played ice hockey). Black women are overrepresented in basketball (47 percent of players) and track (27 percent). We can make a list of “reasons” why this is.

But if we care about who is on campus and what role they play there—and then out in the world once they leave —as we recognize National Girls and Women in Sports Day and cheer on athletes during the Winter Olympics, let’s begin the conversation about how to diversify sport. We must use this #MeToo spotlight to unravel old power structures and standard practices. It’s not just a problem on the men’s side. Let’s notice who is on the roster—and who isn’t. And let’s commit to doing something about it.

Journalist Laura Pappano is writer-in-residence at the Wellesley Centers for Women and was a leader of The Women’s Sports Leadership Project. For seven years, she edited the FairGameNews blog, now preserved as an archive.

Sports teach women's commitment, respect for others, how to relax, concentrate under stress, set and achieve goals, accept responsibility and failure and be gracious winners.