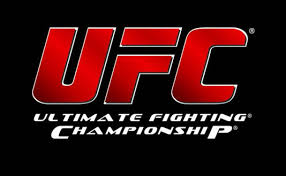 I’m not an athletic purist, one who finds poetry in the elemental mano-a-mano competition of strength, agility and smarts (sigh, yes, I know there’s strategy) of boxing and mixed martial arts, which include grappling moves. Honestly, I just don’t enjoy seeing people beat, punch or twist the crap out of one another. Period.

That aside, I appreciate what Ronda Rousey is doing these days. When you consider that the Institute for Women’s Policy Research estimates we are 43 years away from wage parity with men, Ms. Rousey deserves credit for speeding things up.

In 2012, she became the first woman signed by Ultimate Fighting Championship, the largest mixed martial arts promotion company in the world, and three years later claims to be the UFC’s highest paid fighter. Kurt Badenhausen of Forbes, who compiles the list of highest-paid female athletes, puts Rousey at #8 for 2015 with $6.5 million in earnings, including $3 million in salary (the other $3.5 million from endorsement deals plus a bestselling book and three movies).

Mind you, his calculations came out before the Ms. Rousey’s blockbuster UFC193 November 2015 fight against Holly Holm, which drew 56,215 to Etihad Stadium in Melbourne, Australia, the largest crowd ever for a UFC event. It was also the third most purchased UFC pay-per-view event, attracting more than 1.1 million buyers.

Despite the pre-match promotions and expectation that Ms. Rousey would continue her rampage, the fight turned out not to be a female version of The Thrilla in Manilla. Ms. Holm won – quickly -- stunning everyone who had expected Ms. Rousey to continue the dominance that had her winning 11 matches in the first round.

There remain troubling inequalities in men’s and women’s combat sports. When women box at the Olympics in Rio – women’s boxing debuted in the modern era at the 2012 London Olympics -- there will be three events to the men’s 10. And in classic Olympic Committee style women’s competitions are slightly shorter than the men’s. There will be four 2-minutes rounds, while the men will have three 3-minute rounds (men get an extra minute!).

Yet, women’s fights have gained legitimacy and come a long way from the days of mud wrestling. The emergence of mixed martial arts as a spectator sport – and UFC as a forum – are just over two decades old. Where mud wrestling – not actually a sport – was a 1980s phenomenon about the sex appeal of barely clad women grappling in brown goo, UFC is not titillating in the least.

Ms. Rousey, the MMA competitor, hardly evokes the version of herself with the blonde trusses wearing the painted-on swimsuit in the new Sports Illustrated issue. Which is to say, you never know where progress toward gender equality in sports will come from – or the complications such a boost will offer. Feminism can demand purity, much as boxing fans focus on the base beauty of the physical human contest.

Some celebrate Ms. Rousey as the quintessential feminist while others see her as a traitor. When asked by an Australian reporter about gender pay equity in sports, she didn’t offer an ideological frame – or much sympathy. Rather, she said, “I think that how much you get paid should have something to do with how much you bring in.”

There are a thousand reasons why it’s more complicated than this for women in sports as well as other jobs and career fields. But as we celebrate National Girls and Women in Sports Day, it is a reminder that gains are not always neat, intended or harmonious. And sometimes we win even when we don’t mean to.

Journalist Laura Pappano is writer-in-residence at the Wellesley Centers for Women and a leader of The Women’s Sports Leadership Project. For seven years, she edited the FairGameNews blog, now preserved as an archive.

No comments made yet. Be the first to submit a comment
The Value of Mentorship: A Personal Reflection
Connecting with You in 2016