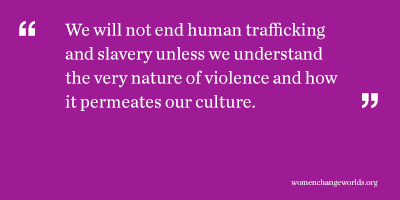 No comments made yet. Be the first to submit a comment
The value of sports for career launch
Remembrance, Recognition, and Reconciliation

More posts from author
May 11, 2022 Why Didn’t You Just Leave? and Other Unanswerable Questions for My Mother
June 04, 2013 Children's Rights Are Human Rights