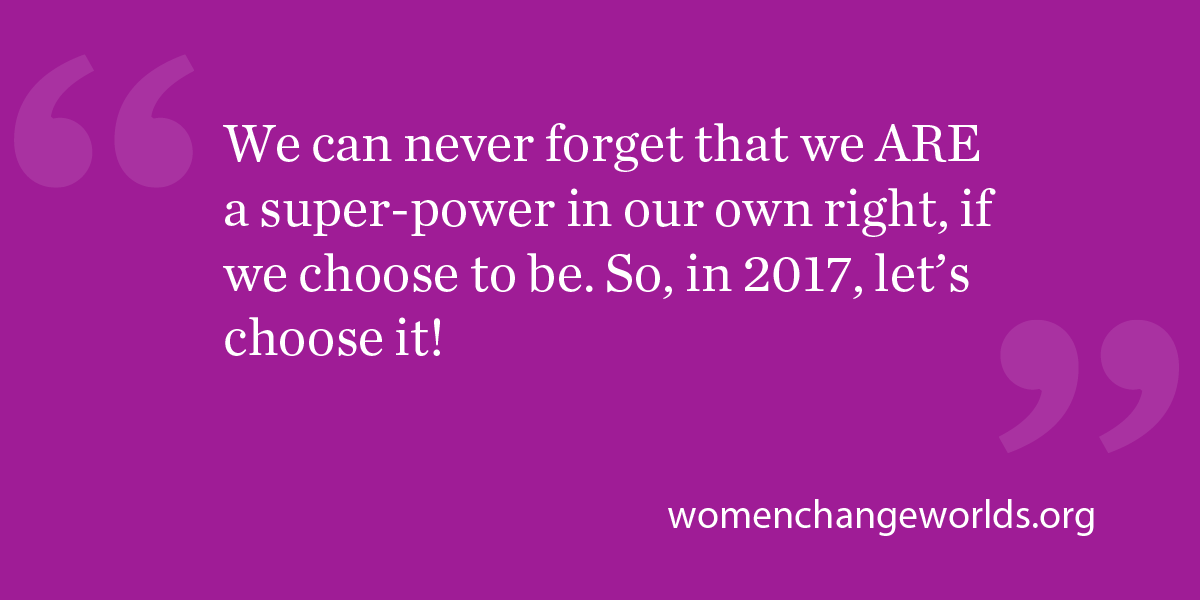 2016 was an intense year. The Wall Street Journal’s Year in Review captured the feeling quite well with this headline: “The World Order in Flux.” It has felt that way not only in the geopolitical sphere, but also in the ecological sphere and the psychological sphere. It has been a year of wild ups and downs, surprises both good and bad, and looming unknowns. I don’t really think that this year was an exception, however; rather, I think it is reflective of an accelerating trend. I don’t expect 2017 to be any less eventful or easier on the soul. Rather, I think this year has – and next year also will – require everything we have to steer the world aright. But steer we must! There’s no letting go of the wheel or the reins!

The year was dominated by election politics, the plight of refugees, the horrors of war and the toll of extremism, increasing intolerance around the world, and accelerating climate change. Quieter but equally important stories were about the suffering of the economically strained as well as the destitute, the worsening crisis of addiction and the medical and mental health struggles behind it, and the erosion of women’s rights and freedoms in the U.S. and around the world. Quieter still has been the story of the erosion of the boundaries of truth and reality, especially (but not only) in the media, as evidenced by the way the polls let us down and also the fake news explosion, leading up to the selection by the Oxford Dictionary of “post-truth” as the word of the year…

We are in many respects losing touch with the foundations of a world we thought we knew, but apparently did not. My guess is that this process will continue, exposing the illogic of a flawed logic that has governed world affairs for a very long time – a logic that fails to put gender equality, social justice, and, more plainly, human wellbeing at the center of how we do things. The current scenario will plague us until we recalibrate accordingly.

The other night I was thinking about how many people feel immobilized by impending changes in the U.S. government. I thought to myself, “If I was president, what would I do?” Then I realized that that is a question we all need to ask ourselves. And then, rather than following that thought with “I’m not president, so those things will never happen,” we should follow it with “OK, now how can I work for those things anyway, even though I’m not president?” I was reminded of the civil rights movement, the women’s liberation movement, the gay liberation movement, and other powerful social movements around the world, like the decolonial and independence movements of formerly colonized countries, the anti-apartheid movement, various labor movements, peace movements, land rights movements, and other human rights movements. These were all movements of people who worked for their agenda anyway, even though they were not president, not heads of state. They were not just partisan political movements, but they were cross-cutting movements by people of conscience for equality, social justice, and human wellbeing.

The bottom line is this: We can never forget that we ARE a super-power in our own right, if we choose to be. So, in 2017, let’s choose it!

No comments made yet. Be the first to submit a comment
For the Trailblazing Women Who Mentor Me
World AIDS Day: Reflections and Hopes from an Afri...