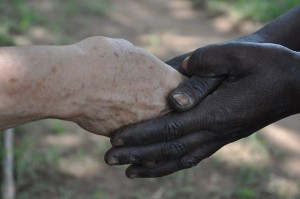 The Pearl Community Empowerment Foundation, (PCE) my persistent mission and struggle, is building a firm foundation for Uganda's rural young people as well as shaping the attitude and consciousness of the grassroots people. This World AIDS Day, I would like to reflect about the Amor Village community, the village where I was born.

Amor Village is composed of 871 households; with a population of 1,479 people. This is a very poverty-stricken community, composed entirely of farmers who rely on agriculture for their income and rain drops for their food production. Every household has a history of HIV-- either someone has died or is living with HIV. Of these, 77% are young people below 30 years of age. This has left so many orphaned children, struggling to survive and make a living for/by themselves.

Our HIV/AIDS interventions have been very minimal, due to lack of the necessary resources required to respond to the needs of the community. For example, there's a family of four—a father, mother, and two sons--all infected by HIV/AIDS. Such a family needs psychological support, food, and medication as well as education for the two boys. This is just one of the examples of families in need of our support, but within the wider community of the 24 villages we are currently supporting through educational interventions.

That said, we have registered achievements in terms of our health interventions: 812 rural girls received education about the dangers of early sex, teenage pregnancy, and early marriages; 104 rural boys received education about condom use and HIV/AIDS risks. We partnered with the AIDS Support Organization (TASO) which provided HIV counseling and testing for 203 people in the community. In conjunction with Open Circle, a project of the Wellesley Centers for Women, we conducted a Life Skills training for 106 people, including youth, teachers, and parents; communication, problem-solving , and leadership skills were some of the topics of the training. This project was funded by the International Research & Exchanges (IREX).

We have barely scratched the surface of possibilities, and with support we hope to move forward with our preventative health initiative such as facilitating the counseling and testing of the local people, HIV/AIDS awareness campaigns, and general education about reproductive health, family planning, and parenting. We will be able to implement programs to meet our health goals after we acquire resources such as a laptop, projector, generator, camcorder, cameras, stationary, funds for the rental of venues, facilitating the consultants and the project implementer.

The PCE Foundation is a Ugandan national rural development and empowerment NGO founded in 2011 to empower rural communities through dynamic but simple programs that directly involve and benefit community members, especially women and children, currently operating in rural communities of the Tororo and Buteleja districts in Eastern Uganda. The Foundation embraces community-driven solutions to community challenges. This fosters the implementation of not only relevant/appropriate need based but also sustainable projects. In line with this principle, the PCE Foundation has identifies community needs that are developed into fully fledged projects, that benefit individuals and families directly affected by HIV/AIDS.

My journey over the last five years, since I founded the PCE Foundation, has transformed my life. Little did I know, after having lost nine siblings to HIV/AIDS, that I would have so many people from across the world sharing their care, resources, and love. I am enriched by this large global family, and my neighbors and villagers are, too.

Beatrice Achieng Nas, BSC, was Community Solutions Program Fellow through the IREX Board, and a visiting scholar at the Wellesley Centers for Women in fall 2013. She worked previously with Build Africa Uganda before founding the Pearl Community Empowerment Foundation.

No comments made yet. Be the first to submit a comment
Year-End Reflections: 2016
VAW: A Call to Action