What Happens to Gender Pay Gap Among College Educated? 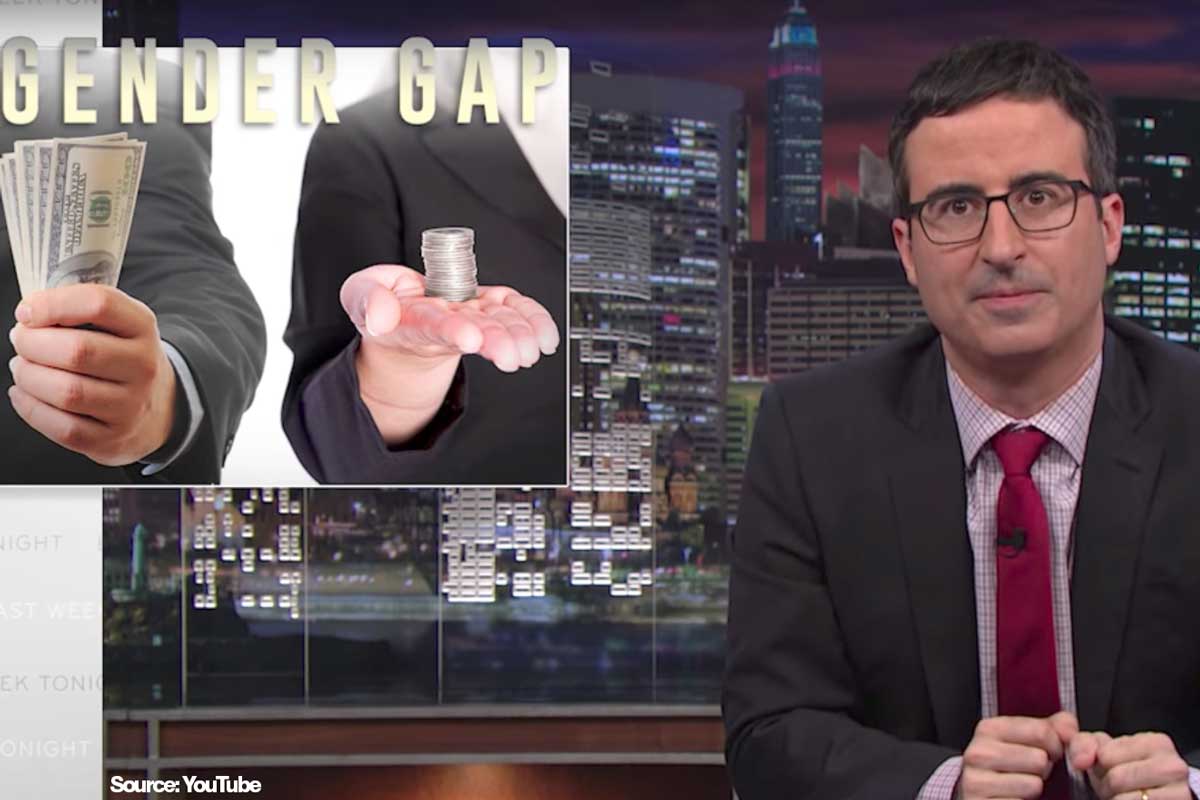 We all have heard it, women earn about 20 percent less than men. But when, how, and why does the gap emerge? Everyone has an opinion on it, and these opinions range widely – which leads to many frustrating public opinion exchanges. Are we eternally stuck in a rut arguing about what the relevant facts are? Or could administrative “big data” shed some new light here and help move us forward? We think so…

Two new studies find that college grads start their career with a tiny gender earnings gap, but end up with a substantial gap by age 45. What are women doing wrong, or men doing right, for this to happen? This seems to be a story about “career acrobatics”, one with chutes and ladders. First, it turns out that the gap widens both in existing jobs as men climb the career ladders faster and higher within firms, and through job changes since men disproportionately move across firms to higher paying ones as they age. By the time college grads reach their peak earnings, men earn on average 55 percent more than women.

What could possibly account for such enormous earnings gaps during the first 20 years of working life? Not surprisingly for anyone, a chunk of the initial gap and its subsequent growth comes from differences between men and women in terms of the sectors and occupations in which they work. Women are definitely over-represented in lower paying sectors and occupations. The best-known examples include teachers, nurses, occupational therapists, and social workers. Many commentators argue that women themselves are responsible for pay gaps as they choose careers where starting salary is low and salary growth modest with work experience and seniority. In reality, the reasons why women congregate in these occupations are complex, and addressing occupational gender differences requires societal changes. More importantly for the debate though, women are not “causing” the earnings gap with their “bad choices” – occupational segregation accounts for no more than a third of the overall earning gap. Something else is at work. 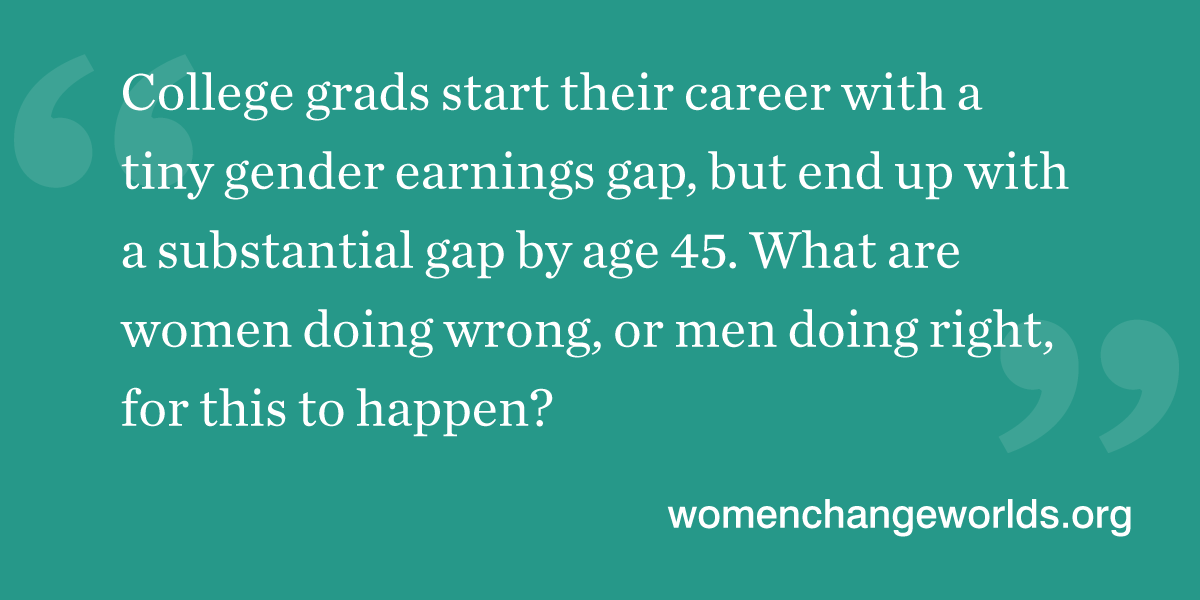 Another expensive “choice” women make is motherhood. Women are more likely to move into part-time positions, take time off after having children and work fewer hours than men – even in full-time work. How much of that 55 percent gap does motherhood explain? Unfortunately our data does not give a direct answer to that, but arguably all of these factors contribute to the growing earnings gap between ages 25 and 45. What we can say though is that much of the widening of the earnings gap comes from married women: their earnings grow much more slowly with age and they see little benefit from job hopping compared with men and unmarried women. Why are they not able to capitalize on their college degree like others even by switching jobs? This may be related to a phenomenon called “tied migration.” Family makes their location decision based on the “primary career”, which usually is that of the husband. This is why job moves tend to only benefit that primary career and could even hurt the secondary career. Ironically, the primary career is typically chosen to be the one with greater earnings potential – bringing us right back to the gender pay gap conundrum. This begins to look like a self-reinforcing cycle.

Career choices that look “less than optimal” in terms of long-run earnings growth may also be explained by college educated women consciously moving to lower-paying firms (within a given industry) in anticipation of needing more time flexibility when children enter the picture. Similarly, the gender earnings gap is largest in sectors, such as financial, insurance, and real estate (FIRE), that are more unforgiving of career interruptions and shorter or more flexible work hours. At age 25-27, female college grads working in FIRE earn almost exactly as much as male college grads. However, already by age 30-32 men earn about 35 percent more. In this sector men are able to obtain greater career advancements within a given firm, but a sizeable chunk of the earnings gap is due to women’s disproportionate shift into lower-paying firms by age 34.

We promised that these data could help shed some new light, but there are still many questions in making sense of the patterns. For one, what happens to the career and earnings dynamics within households as the family composition changes? Time-use studies say that the arrival of children makes spouses specialize more: one parent focuses on work while the other takes more responsibility at home, often balancing a job in the mix. It is easy to guess how this specialization usually goes, but might the dynamics look different if it was the father rather than the mother who takes a career break? Answers to those questions can clarify policy recommendations. For example, would a Swedish-style shared parental leave policy reduce gender earnings gaps or do we need a more wholesale approach to workplace organization? The latter approach would include reducing the earnings and career cost of temporal flexibility, making a work-family balance easier for both moms and dads, and reduce the need to designate a “default parent” who takes over the majority of household and child-related responsibilities.

Sari Pekkala Kerr, Ph.D., is a senior research scientist/economist at the Wellesley Centers for Women at Wellesley College. Her work described above is based on the research she conducted with Erling Barth, Claudia Goldin, and Claudia Olivetti.

No comments made yet. Be the first to submit a comment
My Visit to MarketPlace: Handwork of India
Adding a Lone African American to its Board is Unl...

More posts from author
July 02, 2020 Immigrants Play a Critical Role in Economic Recovery
March 31, 2020 Equal Pay Day: How the Gender Wage Gap Changes Over a Woman's Career
December 17, 2018 Should We Worry about the Composition of the U.S. Immigrant Population?