The New $20 Bill: A Victory for Women, or, Happy about Harriet! 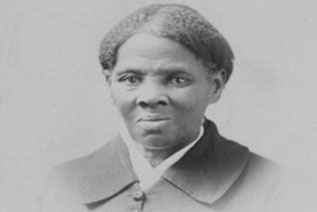 One of my favorite footnotes in the world appears at the bottom of the first page of the Combahee River Collective Statement in the first edition of Home Girls: A Black Feminist Anthology on page 272. It reads, “The Combahee River Collective was a Black feminist group in Boston whose name came from the guerrilla action conceptualized and led by Harriet Tubman on June 2, 1863, in the Port Royal region of South Carolina. This action freed more than 750 slaves and is the only military campaign in American history planned and led by a woman.” As a Southern Black woman now living in greater Boston, I have in my travels back and forth driven across the Combahee River many times, moved by the small highway sign that unceremoniously identifies this historically significant waterway. It has become a kind of sacred place to me, over which I always say a silent prayer when crossing. Whether on Interstate I-95 or Highway 17 (the older, smaller “blue route” that runs parallel, all the way up and down the East Coast), it is a prayer of gratitude to Harriet Tubman and all that she did for the liberation of human beings.

She was a tiny woman, a woman with a disability, and, of course, a Black woman--who also happened to be an almost superhumanly courageous person and a logistical/navigational genius. She commandeered the Underground Railroad, shotgun in hand (so that no one would run back to slavery). An abolitionist in word and deed, she led the Combahee River Raid. She eventually worked as a suffragist. And, in her old age, she founded an old folks home for indigent women, even though she herself died indigent in that very home. Race, class, gender--she covered it all. Her story is one of the archetypal stories of American culture. We are because she is, and because she is, therefore we are, to paraphrase my retired philosopher colleague, Ifeanyi Menkiti, and many other African cosmologists and epistemologists. 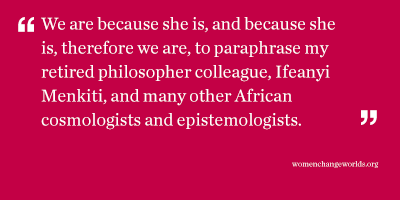 When the U.S. Department of the Treasury announced two years ago that it was planning to put a woman on the $10 bill, I voted for Harriet Tubman every chance I got. I was privileged to participate in an invitation-only phone call of women leaders with representatives from the Treasury Department, and I also voted online as an “ordinary citizen.” And I unapologetically urged my friends on social media to do the same. So, when the announcement arrived last week that Harriet Tubman would be the face of the new $20 bill, I was ecstatic. Victory!!! Who better to represent so many different marginalized U.S. populations, not to mention to embody, personify, and reify the black feminist theoretical innovation of intersectionality, emblazoned onto popular discourse by the very Combahee River Collective that so revered Tubman??

I have to hand it to Jack Lew, the U.S. Treasury Secretary who recognized that the time was right--indeed, overdue--to put a woman on a piece of high-circulation U.S. currency and to right some historical wrongs. In fact, not to stop with Harriet Tubman, Lew spearheaded a series of changes to the $20, $10, and $5 bills to reflect a more inclusive history of the U.S. Beyond the addition of Harriet Tubman to the $20 bill, a diverse group of suffragist women will be added to the back of the $10 bill: Sojourner Truth, Lucretia Mott, Susan B. Anthony, Alice Paul, and Elizabeth Cady Stanton. Like the women of the U.S. today, these women were ideologically and politically diverse, ranging from radical to reformatory in both rhetoric and method. Their history of interaction is complex, as texts such as Angela Y. Davis’s Women, Race and Class, and documentaries such as Ken Burns’ and Paul Barnes’ "Not for Ourselves Alone," reveal in captivating detail. Placing these women together on the back of the $20 bill suggests symbolically that we can work through our differences for good--a message badly needed right now in the U.S. It took 75 years--three generations of activism--to achieve the vote for women in America. No single woman did it alone, and women of diverse opinions each played a pivotal role, even when they disagreed on tactical and ideological points. This is a great inspiration for our times. And to add even more inspiration, the Rev. Dr. Martin Luther King, Jr., Marion Anderson, and First Lady Eleanor Roosevelt will be added to the back of the $5 bill to give life to the legacy of President Abraham Lincoln. 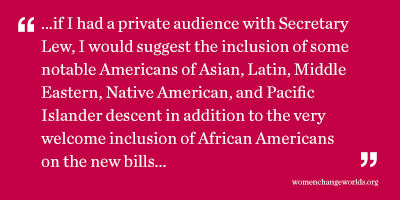 Admittedly, if I had a private audience with Secretary Lew, I would suggest the inclusion of some notable Americans of Asian, Latin, Middle Eastern, Native American, and Pacific Islander descent in addition to the very welcome inclusion of African Americans on the new bills--and I might even suggest that he replace the image of slaveholder President Andrew Jackson (after whom my hometown, Jacksonville, Florida, is named, incidentally) with these diverse Americans, since he has (too) long had his day in the sun. I can only hope that this is the plan for the $50 and $100 bills!

I think it was a good decision to begin these momentous changes with the currency of everyday life. $20s, $10s, $5s--we look at these every day, and now these ordinary currencies will stimulate important social discourse. They might even stimulate the economy! #GenderPayGap, #SayHerName, #NotThere, #EverydaySexism, and #BlackLivesMatter are all having a heyday. All of these discussions should move a step forward now that we have racial and gender diversity on the money!

In sum, this was a great week for U.S. women, U.S. history, and maybe even the U.S. economy. Who won’t be excited to get and try out the new $20 bill? ATM machines, anyone?? Another milestone toward gender equality has been passed, another hurdle cleared. Although there is still a long way to go, I am thankful and glad, indeed, exuberant!

No comments made yet. Be the first to submit a comment
Encouraging Girls to Pursue STEM
The Value of Mentorship: A Personal Reflection

How Asian Women (and Men) are Dehumanized