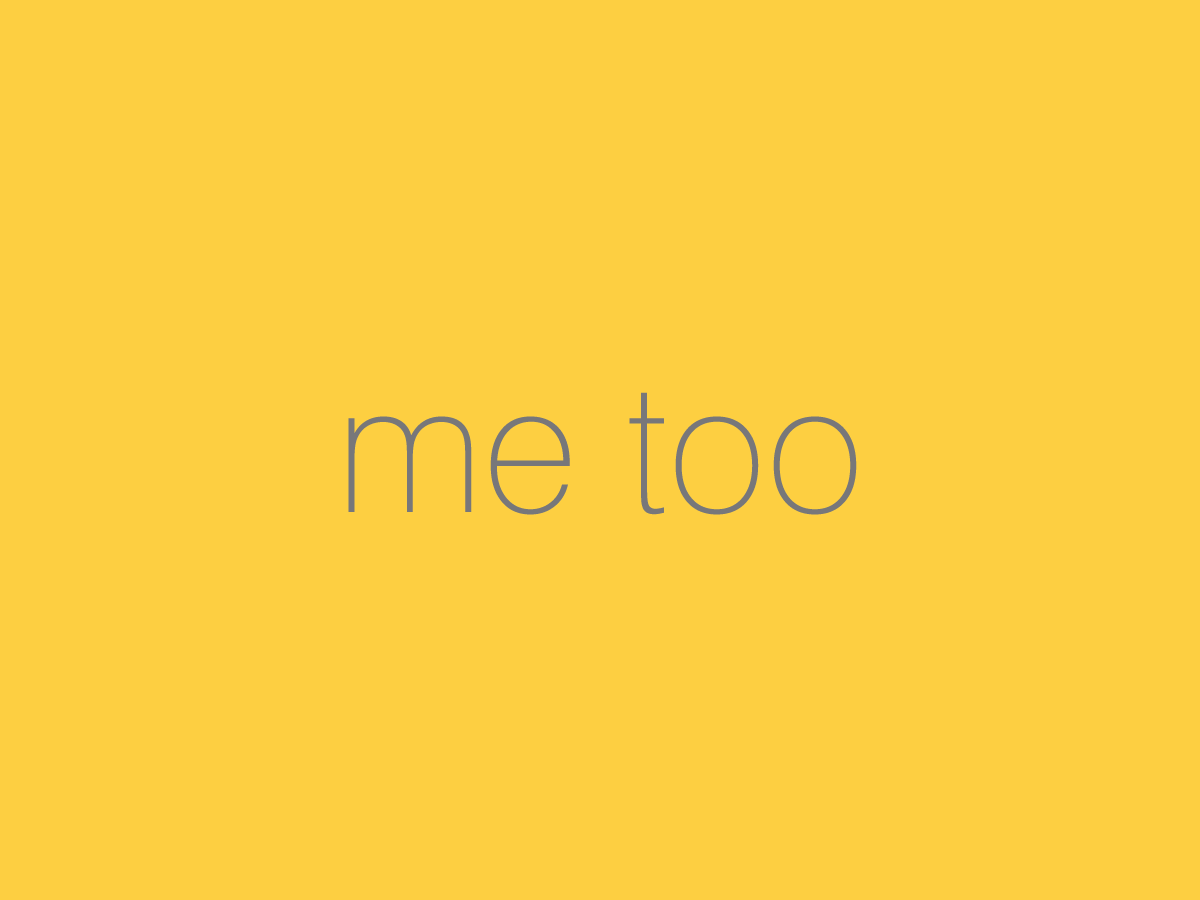 I applaud the strength and solidarity of the women (and men, too) who are asserting with the hashtag #MeToo, that they are among the estimated one in five women who have been sexually assaulted and one in four working women who have experienced sexual harassment in the workplace. Hundreds of thousands of women are assaulted each year in the U.S. Enough IS enough. What I now want to know is how many men will stand up against it. Maybe things are changing… It did not take long before we saw that men were writing #IHave and now as I suggest #IWill which can reflect steps they are taking and will take to end the role they have had in promoting gender-based violence and sexual assault, to assert that they will NOT stand by while sexual harassment and assault happen, that they will call it out when they see it.

Classic rape is recognized as a crime --- when a male stranger attacks a woman at night, kidnaps her, or breaks into her home, and then forces her at gunpoint to submit to sexual acts it is (usually) seen as rape. But this does NOT describe most rape, nor are most perpetrators of sexual assault strangers. Those of us working in this field have recognized for years that most rape occurs at the hands of someone the victim knows. While some of what draws our attention today is workplace sexual harassment not involving sexual contact, clearly in the context of the Harvey Weinstein allegations we are hearing about actual sexual contact, forced sexual contact, contact against the will of the victim. The lawyers can tell you what statute covers this behavior in your particular state, but when it occurs without the consent of the woman or child or when she is unable to consent, this is a crime. A serious crime that can result in jail time, a crime which should result in the attention of the criminal justice system-- though nine times out of ten it does not.

We have known for decades that most rape is perpetrated by men known to the victim; study after study have found that many hundreds of thousands of women and girls (as well as many men and boys) are sexually assaulted each year. So why are we still surprised to hear about it today? (Yes, we are doing better responding to sexual assault and, yes, it is gratifying to see the support that the women who have come forward to report what has happened to them in Hollywood are now—mostly—receiving. But year after year after year this is still with us.)

Again and again we see a backlash against the victims. Perhaps our system of justice will prosecute those who rape very small children or 97-year-olds, or those who assault women who are the valued mothers and daughters of powerful white men, but most sexual assault is not reported and, even when reported, does not lead to an arrest or prosecution. 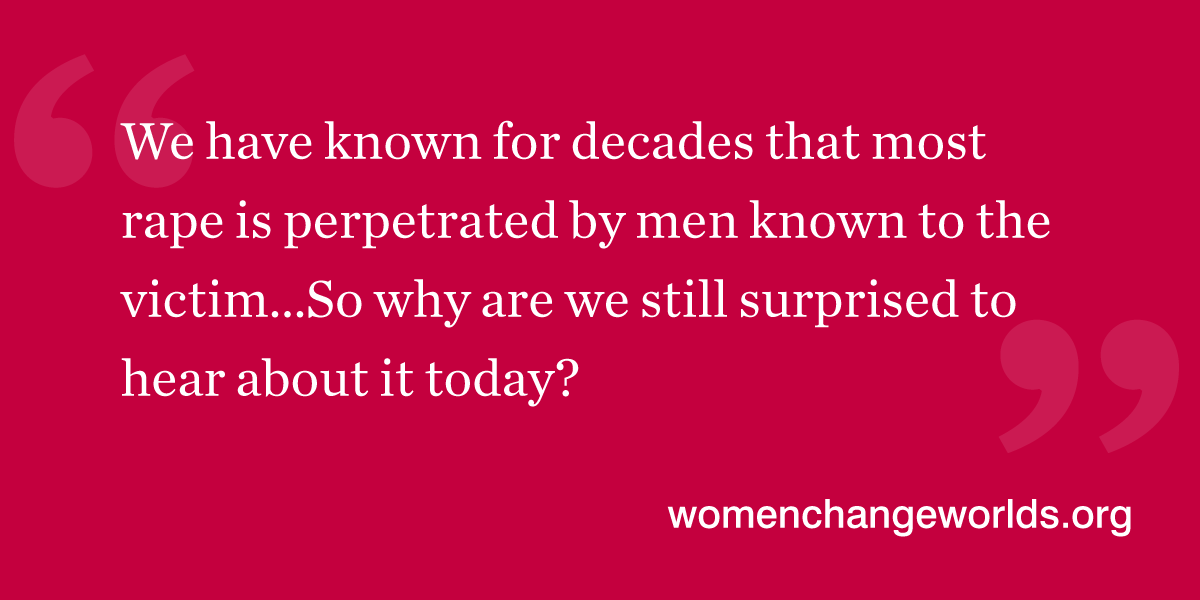 We must remember it is not only Hollywood producers who sexually assault and not only young actors who are the victims. The rapists and perpetrators of sexual assault include:

This is the reality of rape—a crime most likely perpetrated by a man known to the victim – an acquaintance, “friend,” classmate, employer, or partner. Such rape is more common than stranger rape. In spite of extensive data showing that rape is underreported, rarely falsely reported, and even after many Harvey Weinsteins--too many to count-- many still hold inaccurate beliefs about the nature of rape, when and to whom it happens, and its impact on the victim—the women who are young and old; Black, white and brown; rich and poor.

Yes, it is notable that women can now join in and feel supported enough to tweet #MeToo and in so doing make it clear that rape is not rare, that rape can happen to anyone. But now, it is also time to ask the bystanders and the actual or wanna-be perpetrators to stand up and say #IHave to indicate “I sexually assaulted someone,” “I stood by while my friends or classmates or colleagues did it,” or “I know men who bragged about it.” And use the hashtag #IWill to assert they will no longer stand by and do nothing but instead that they will stand up and support victims and survivors. #IWill stand up and call out these behaviors even when powerful men state “I just start kissing them. I don't even wait...when you're a star they let you do it. You can do anything. Grab them by the pussy. You can do anything."

Linda M. Williams, Ph.D., is senior research scientist and director of the Justice and Gender-Based Violence Research Initiative at the Wellesley Centers for Women at Wellesley College.

0 Cancel Reply
Thank you for this very thoughtful post!
Cancel Update Comment
1
Adding a Lone African American to its Board is Unl...
In India, Action to End Child Marriage Has a Long ...