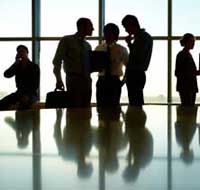 Five years ago, my colleagues Vicki W. Kramer, Ph.D., Alison M Konrad, Ph.D. and I studied the effect on boardroom dynamics of increasing women’s presence. We interviewed 50 women directors, 12 CEOs (9 male), and seven corporate secretaries at Fortune 1000 companies. The results showed that the benefits of having women on a corporate board are more likely to be realized when three or more women serve on a board.

Two recent reports released by Catalyst of Fortune 500 women board directors, executive officers, and top earners, show that “women’s share of Board Director and Executive Officer positions increased by only half a percentage point or less during the past year”—the seventh consecutive year of no improvement in the number of board seats women held. The reports further demonstrated discouraging data for women of color and women’s earnings at the highest levels within the organizations.

What we found in our study—and what studies since have verified—is that women directors make distinct types of contributions that men are less likely to make. For example, they can broaden boards’ discussions to include the concerns of a wider set of stakeholders, including shareholders, employees, customers, and the community at large. And even more germane to the distressing news about the lack of growth in women’s representation reported by Catalyst in “Women and Men in U.S. Corporate Leadership,” women’s presence on a corporate board has a positive impact on women in the corporation. In other words, increasing the number of women on corporate boards is a good beginning for increasing the number of women leaders in a corporation.

A recent report in the McKinsey Quarterly from April 2012 shows that diversity in the top echelons of corporate diversity is associated with better financial results. In 180 publicly traded companies in the U.S., U.K., France, and Germany, companies making up the top quartile of executive board diversity (in terms of women and foreign national on senior teams) returns on equity and margins on earnings before interest and taxes of were 53% higher compared to companies in the bottom quartile.

So if top team diversity is good for the bottom line, why aren’t corporations rushing to diversify their leadership? The answer may be the persistent bias in viewing men with identical credentials to women as more competent than the women. The results of a recent experiment reported in the Proceedings of the National Academy of Sciences, online Sept. 17 can shed light on this gender bias. The study focused on the scarcity of women in academic science, where women are also highly underrepresented. In this experiment, science faculty from research-intensive universities rated the application materials of a graduate student—who was randomly assigned either a male or female name—for a laboratory manager position. Faculty participants rated the male applicant as significantly more competent and hireable than the identical female applicant. (Faculty participants also selected a higher starting salary and offered more career mentoring to the male applicant.)

It appears that undervaluing women’s credentials, seeing them as lacking the necessary competence, to be a laboratory manager or a corporate leader, is pervasive and quite resistant to change. This gender bias operates most forcefully in situations where people are evaluating candidates with whom they have little personal familiarity. Curiously, in actual organizational settings the results of field studies (not laboratory experiments) have shown that there are few differences in how male and female managers are perceived. Greater familiarity with the actual characteristics and performance of managers one works with seems sufficient to overcome masculine biases. However, hiring and promotions decisions are made 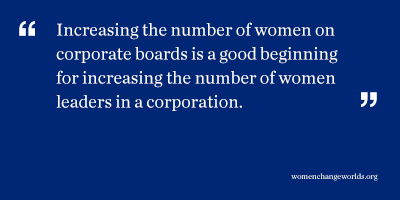 by people who do not know the candidate personally. When there is no familiarity with the person being evaluated to trump the bias that makes men seem more competent, men are chosen over equally competent women.

How are we to bring rationality to evaluating women on their merit? Becoming aware of implicit biases is a first step. Training can help us to be aware of our implicit biases. When faced with a hiring or promotion decision, we need to compel ourselves to justify an “automatic” assumption that a male candidate is more competent. Having diversity on evaluation committees is another must.

Sumru Erkut, Ph.D. is an Associate Director and Senior Research Scientist at the Wellesley Centers for Women at Wellesley College. She is the author of Inside Women's Power: Learning from Leaders.

Thank you for this insightful post. Implicit bias against women in the workplace-- held by women and men -- is a much-overlooked issue. Bravo!

0 Cancel Reply
Thank you for this insightful post. Implicit bias against women in the workplace-- held by women and men -- is a much-overlooked issue. Bravo!
Cancel Update Comment
1
Helping Children Deal with Traumatic Events
Caregiving across the Life Span

Sumru Erkut, Ph.D. is the Associate Director and Senior Research Scientist at Wellesley Centers for Women. Learn more about her>>