A College Student’s Perspective on Leadership 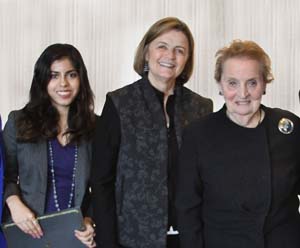 Wellesley College has a legacy for producing storied female leadership. Our alumnae include two Secretaries of State and the most female Fortune 500 CEOs of any American college or university. This legacy was what drew me, along with many other students, to the College. We, too, wanted to be leaders, and the achievements of our high-profile alumnae confirmed that this was the place to be. 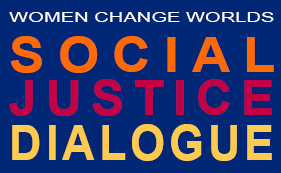 At the Madeleine Korbel Albright Institute for Global Affairs this past winter session, however, the other fellows and I began to wonder if our original conception of leadership had been too narrow. The Institute’s focus on developing women’s leadership for the international stage made us think critically about what being a leader means. Perhaps, we realized, being high-profile was not the only way to be high-impact.

We heard from former Wellesley College President Nannerl Keohane, now a Senior Scholar at Princeton University's Woodrow Wilson School, who discussed the 2011 findings of the Princeton Steering Committee on Undergraduate Women’s Leadership. At Princeton, female students have been less likely to seek prominent leadership positions than their male counterparts, in a pattern consistent with co-ed colleges across the country.

As students at a women’s college, we were accustomed to an environment where women hold all of the leadership positions. We knew that women were discouraged, and even prevented, from pursuing prominent leadership roles in the “real world,” but it was jarring to realize that this also took place at college campuses. After all, college is intended to develop, not hinder, your potential. 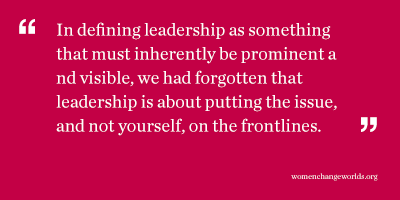 Yet just because women weren’t holding high-profile leadership positions on campus didn’t mean that they weren’t contributing to campus life. The committee also found that women were more likely to “hold behind-the-scenes positions or seek to make a difference outside of elected office in campus groups.” Women at Princeton, for example, were often engaged in cause-based issues, like spearheading campaigns to institute recycling across campus.

These findings made us consider whether our definition of leadership was so limiting that we were overlooking those who were providing it, just in alternative ways. In defining leadership as something that must inherently be prominent and visible, we had forgotten that leadership is about putting the issue, and not yourself, on the frontlines.

That is not to say that we shouldn’t keep working towards cracking the glass ceiling. Another speaker, Rangita de Silwa de Alwis, Director of the Global Women’s Leadership Initiative, as well as a Senior Scholar at the Wellesley Centers for Women, emphasized the importance of including women’s voices at the table. High-profile positions come with great power and influence, and excluding women from them is both unjust and unwise, as research suggests that closing the gender gap in fields like policymaking results in more inclusive legislation and economic empowerment. While we work towards making top leadership more inclusive, though, we must also recognize that sitting at the head of the table isn’t the only way to get work done, either.

In fact, most of the people driving social change are “ordinary” people, doing extraordinary things. Consider the women that created HarassMap, an SMS reporting system for sexual harassment in Egypt. Their work has directly made a difference in creating a safer world for women. They might not appear on the cover of Forbes, but their leadership has made a difference in the lives of Egyptian women.

Further, perhaps part of the problem in why women are less likely to be found in prominent positions is because we devalue the other forms of leadership that they have been providing in the first place. Organizing a recycling campaign requires the same degree of management and vision as being the president of a club--yet one is seen as more prestigious than the other. This not only limits the opportunities available to qualified women, but also makes them feel as though they’re not qualified in the first place.

One of the traditions at Wellesley is hoop-rolling, where seniors race down a lane, while rolling a hoop. Back in the day, it was said that the woman who finished first would be the first one to get married. That changed with the feminist movement, when the winner was the first one to become a CEO. Now we say that the winner will be the first one to have her dreams come true, whatever they might be. It is time we start applying the same open-mindedness to our view of leadership.

Sarah Mahmood is a senior at Wellesley College and a Communications Assistant at the Wellesley Centers for Women. She has worked as an On-Call Writer at PolicyMic; a Press Intern at the Clinton Foundation; and an Intern for Starting Point with Soledad O'Brien at CNN. Mahmood is pictured above with H. Kim Bottomly, Wellesley College President, and Madeleine Korbel Albright, Secretary of State (1997-2001), during the 2014 Albright Institute in January.

What a great article. Lots of helpful info. Thanks for sharing.

0 Cancel Reply
What a great article. Lots of helpful info. Thanks for sharing.
Cancel Update Comment
1
Computer Literacy: A valuable skill for all girls ...
Reframing Leadership as a Democratic Practice