Research demonstrates highly positive impacts of skilled immigration resulting in countries competing globally for talent. Although many countries are continuously introducing new policies to attract more skilled workers, the U.S. immigration policy is in a gridlock with little progress. 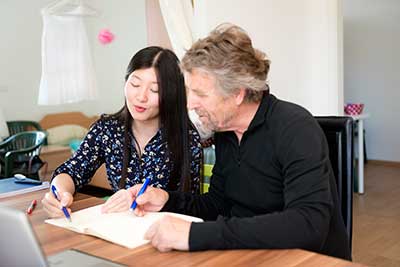 Practically all research shows that skilled immigration tends to benefit its destination countries, with relatively minor negative consequences for skilled natives. Having understood the importance of talent for global competitiveness, many developed nations are introducing novel policies to attract skilled workers. Across the globe, doors are increasingly open for highly proficient migrants. The U.S. is one exception to that rule, as its skilled immigration programs (in particular the H1-B) have seen little change over the last decade. Policy debate and public discourse focus more on how to stop migrants from coming in than on thinking about why we should attract those who can contribute to the country’s economic and technological advancement. Those two issues can and should be considered as separate matters.

Recent research shows that immigration policy does impact the flow and selection of migrants into the source country. Skilled immigrants are coming from an ever-broader set of source countries but moving to a smaller set of destination countries. The role of women in the global high-skilled migration has also changed dramatically: they now represent the majority of skilled immigrants globally. Research also shows that the U.S. depends on skilled immigrants as entrepreneurs, employees, and educators. While the issue around undocumented migration is politically complicated, skilled migration policies should in many ways be much less controversial to deal with—at least in the light of much evidence and policy case studies from other countries.

Recommendations for enhancing our focus on skilled immigration include: