Domestic violence (DV) exists in every community, affecting people regardless of age, race, gender, social class, sexual orientation, religion, or nationality. Federal legislation such as the Violence Against Women Act (VAWA) of 2005 and its reauthorization in 2013 acknowledges the problem and provides some housing protections for victims of DV in federally subsidized housing. While such housing protections are an important step forward, there remain critical gaps for many DV victims.

In addition to the physical and psychological effects of DV, many women face considerable economic hardships and challenges securing stable housing for themselves and their families if they try to leave an abusive partner—research indicates a concerning relationship between DV and female homelessness (Metreaux & Culhane, 1999, Renzetti, 2009). Further, dominating behavior by an abuser is part of a pattern of control, and some women trying to leave an abusive relationship may often need to move to substandard housing—or end up without any housing—while they often continue to be at risk for violence from their abuser after they leave (Fluery, Sullivan & Bybee, 2000).

Homelessness for DV victims may result from circumstances such as a sudden and urgent need to be safe from an abuser (Baker, 2003). In such cases, victims may rely on emergency calls to the police for help. However, due to zero tolerance policies or nuisance ordinances across many cities, DV victims who repeatedly call 911 for help may be evicted. Such policies may result in women staying in abusive relationships in order to keep their homes. Women in subsidized housing face additional barriers and are especially vulnerable because there are few low-income housing units available, and the federal programs developed to assist women by paying a portion of their rent (e.g., Section 8) have long waiting lists. 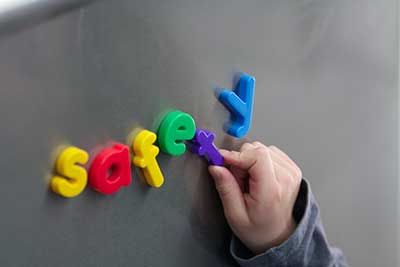 This legislation represents considerable progress in recognizing the housing issues that victims of DV face and has put protections in place for victims to be able to stay in their homes or move to another location. However, implementation challenges remain: there is no definition of “actual and imminent threat,” putting public housing residents at risk for eviction; it is not clear where victims can file complaints against housing administrators; and victims living in private housing are not covered by the legislation. These gaps further extend victimization.

Recommendations for improving housing stability include: