Sexual Harassment and Violence Are Pervasive in K-12 Schools

Sexual harassment (SH) and sexual violence (SV) in schools are forms of sex discrimination and are prohibited under Federal Law Title IX. As SH/SV on college campuses consume a lot of attention and resources, so must such investments be directed toward prevention efforts in K-12 schools, where SH/SV are rampant and pervasive. 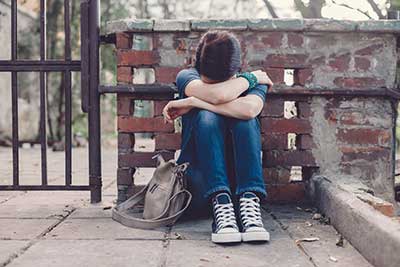 Scientific national surveys of SH/ SV in U.S. schools have been undertaken since 1993. In the most recent one conducted in 2011, nearly half of 7th–12th grade students reported some form of sexual harassment in school (AAUW, 2011). In June 2015, the U.S. Department of Education (DOE) reported that there were 38 SH/SV cases under investigation by its Office for Civil Rights (OCR) at 37 elementary and secondary institutions while 16 months later, in October 2016, 110 SH/SV cases were under investigation at 100 elementary and secondary institutions. And litigation in the federal courts has not subsided. Clearly, SH/SV in schools remain tenacious.

Additionally, the definition of SH/SV used in the Indicators of School Crime and Safety Report (ISCSR), a joint effort by the Bureau of Justice Statistics (a part of the U.S. Department of Justice) and the National Center for Education Statistics (a part of DOE), does not conform to the definition of SH/SV as promulgated by the OCR of the DOE or by the U.S. Supreme Court in the Davis case (526 U.S. 629). Moreover, the category “serious violent victimization” in the ISCSR includes rape and sexual assault grouped together with robbery and aggravated assault, and “all violent victimization” includes serious violent crimes collectively with simple assault (NCVS, 2013). Instances of SH/SV in schools have become difficult to locate. The current way of categorizing the statistics ensures that SH/SV are impossible to determine (Stein, 2005). Not surprisingly, schools are investing precious resources of staff time and funds into a variety of products, services, and tools marketed to help schools address behaviors that interfere with safe and equitable learning environments. However, only a small percentage of approaches have ever been evaluated for effectiveness in preventing or addressing SH/SV. Not Alone: The First Report of the White House Task Force to Protect Students from Sexual Assault (2014) noted this problem when the Task Force conducted a systematic review of primary prevention strategies for reducing sexual violence. Out of 140 strategies reviewed by the Centers for Disease Control and Prevention (DeGue et al., 2014) for the Task Force, only two—Shifting Boundaries: Lessons on Relationships for Students in Middle School (Stein et al., 2010) and Safe Dates (Hazeldon 2004, 2010), both of which were designed and tested in K-12 schools—were identified as effective strategies with the greatest potential for reducing rates of SH/SV.

Definitions determine which data are collected. Federal agencies responsible for collecting data in schools should conform to one definition of SH/SV, as promulgated by the U.S. Department of Education (DOE) Office for Civil Rights and in 1999 by the U.S. Supreme Court in the Davis case.