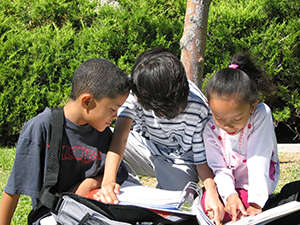 September is National School Success month, a time when parents are focused on helping their children begin a positive start to the new school year. At this time I urge you to consider those children who, through no fault of their own, are struggling to succeed academically because of exposure to early adversity and trauma. WCW has begun a research partnership with The Home for Little Wanderers, a child and family services agency in Massachusetts that was founded in 1799 and provides a continuum of care for 4,000 children annually. Children served who are most at risk are those in foster care and/or enrolled in The Home’s residential educational settings. These students have experienced significant trauma and neglect, and have complex psychological and educational needs. Posttraumatic stress (PTSD) symptoms as a result of toxic stress may inhibit their capacity for learning, interfering with the ability to maintain attention, disrupting cognitive processes and memory, increasing hypervigilance and reactivity that present as behavioral problems, and too often leaving students with a feeling of hopelessness for the future. These are students at high risk for dropping out of school, despite their intellectual capabilities.

Together, the Wellesley Centers for Women (WCW) and The Home for Little Wanderers are dedicated to better understanding the barriers that get in the way of 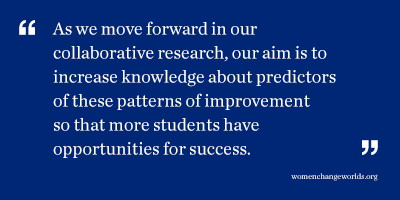 academic success for students who have experienced early adversity and what classroom and therapeutic supports are most helpful for bolstering learning. Special education services for these students are provided by licensed teachers, dedicated and knowledgeable staff who have been trained in evidence-based approaches for PTSD treatment. Psychologists and educators are learning more about the elasticity of the brain and about efficacy for certain strength-based mental health supports, such as Cognitive Behavioral Therapy. Yet, there is much research to be done to understand how exactly these early traumatic experiences influence brain development and cognitive processes. In our initial collaborative investigation, presented at the American Psychological Association Annual Convention this past August, WCW and The Home researchers found that students with a greater number of various traumatic experiences also had more severe PTSD symptoms, and in addition, these PTSD symptoms were associated with students’ ratings of impairment in doing their schoolwork. Over time some students showed decreases in PTSD symptoms and its interference with schoolwork. As we move forward in our collaborative research, our aim is to increase knowledge about predictors of these patterns of improvement so that more students have opportunities for success.

Michelle Porche, Ed.D is an associate director at the Wellesley Centers for Women and senior research scientist studying academic achievement for young children and adolescents. In her investigations of achievement, the role of gender and socio-emotional factors, including childhood adversity, play a major part in her work. 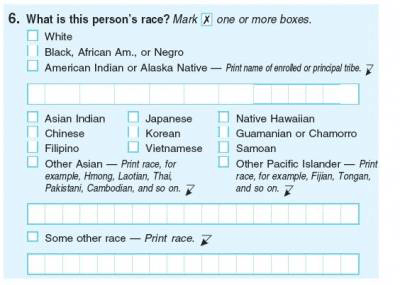 As the Massachusetts senate race becomes increasingly heated around the topic of candidate Elizabeth Warren’s ancestry, social scientists have a unique opportunity to provide some insight into the greater conversation by highlighting recent research on racial identity in general and bi-racial identity development specifically: racial categories are socially constructed, racial self- identification is often fluid, and phenotype — or physical appearance — can vary widely.

The United States is increasingly moving from a society of monoracial groups into one with a large population of bi-racial or multi-racial individuals. For the first time, in 2000, the U.S. Census began allowing respondents to check more than one box when providing self-identification. Data from the 2010 Census estimated that over 7 million people in the U.S. (2.3 percent) identify as belonging to more than one race (United States Census Bureau, 2012; www.census.gov). Similar to Census data collection, places of employment and K-12 and higher education have only recently allowed for checking of multiple racial and ethnic identities. Although research testing alternative strategies for capturing the complexity of mixed ancestry identity can inform practice (Tracy, Erkut, Porche, Kim, Charmaraman, Grossman, Ceder, & Vázquez García, 2010), many of the same single-check-boxes remain in place. Thus generations of mixed ancestry individuals have been, and continue to be, forced to choose a single ancestry, denying one parent/grandparent/side of the family while singling out the other.

These historically restrictive practices must be understood in the context of anti-miscegenation laws that were declared unconstitutional in 1967 with the U.S. Supreme Court ruling on Loving v. Virginia, which legally protected the right of interracial couples to marry. Even with legal protections, however, discrimination and stigma related to interracial marriage and mixed race children is slow in dissipating; difficulty remains in acknowledging that a person can belong to more than one race. Historic patterns of discrimination also include the “one-drop rule” which classified any individual with any African ancestry—“one drop of black blood”—as black (Davis, 2006). People with Native American ancestry were historically classified in the same way. This rule of hypodescent stood whether or not you could tell people’s background by simply looking at them. And indeed, Jim Crow laws were enforced according with strict accordance to the one-drop rule.

Against this historical backdrop, decades of research on racial identity development have revealed common patterns in stages of self-identification and disclosure that are influenced by family, physical appearance, community, and 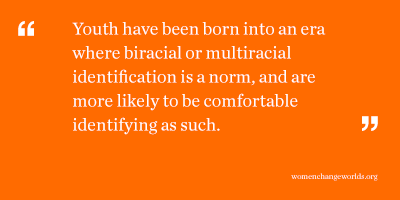 media; compelling stage models have been proposed first by Poston (1990) and then expanded by Kerwin and Ponterotto (1995). In addition, Fhagen-Smith’s (2003) WCW Working Paper also described a stage model of mixed ancestry identity development. Children grow up taking on the identity community to them by their immediate family for the most part, although parental identification of children and the child’s own self-identification is not always consistent (Kao, 1999) []. Phenotype, or appearance, will influence how the individual is categorized by others; lighter skinned individuals may be simply thought of as white, while individuals with darker complexions, for instance, might be externally identified as simply black. Rockquemore and Brunsma (2002) found that cultural context in childhood and adolescence influenced whether an individual of mixed ancestry identified as monoracial or bi-racial. Being forced to choose only one box in demographic forms only exacerbates the invisibility of mixed ancestry individuals who are thus forced to choose the one racial identity they are most immersed in at any given time. Pride in one’s ancestral background at a time of exploration and self-discovery is likely to drive a particular racial identity, and it would not be unusual for this choice to change again as the individual begins to integrate all ancestral backgrounds into a single identity. Youth have been born into an era where biracial or multiracial identification is a norm, and are more likely to be comfortable identifying as such. Older generations that have been socialized to “choose one” are more likely to claim a monoracial identity even if it does not fully describe their background. Rockquemore, Brunsma, and Delgado’s (2009) more recent work stresses ecological theory in understanding identity development which focus on the role of context as an influence of self-identification and also that there is not one particular “final” stage of identification. Context matters and the individual may choose to identify as one racial category or another, or both, or none—all are reasonable based on context, rather than assuming a single “correct” or “healthy” identity.

Hapa is a Hawaiian word loosely defined as “of mixed descent” and often used by Asian or Pacific Islanders to describe their mixed ancestry. The hapa movement to educate people about the variety in physical appearance for people of mixed ancestry is a powerful response to the too often harmful question of “what are you?’ Several websites document the incredible range of both physical appearance and self-identification patterns that abound in the United States. You can learn a lot by looking at someone’s racial identity only when you also listen carefully to his or her story.

Michelle Porche, Ed.D. is an Associate Director and Senior Research Scientist at the Wellesley Centers for Women at Wellesley College.