Did the Republicans Lose Women in the 2013 Elections? 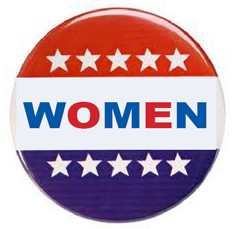 This article was originally published May 10, 2013 on Huffington Post by Alex Sanger, chair of the International Planned Parenthood Council and member of the Wellesley Centers for Women Council of Advisors.

Virginia and New Jersey have spoken - the former electing a pro-choice governor and the latter an anti. Did choice matter? Did women matter?

The Choice Gap in Virginia
Abortion was considered the third most important issue by Virginia voters, with the economy and health care coverage outweighing it. The Virginia electorate's views on abortion rights almost exactly mirror the national opinion. The 2012 national election and 2013 Virginia election exit poll breakdown are as follows, when the voters were asked if abortion should be:

This is a pattern that has been seen repeatedly in national and state elections. The mostly pro-choice voter votes other issues more than choice, whereas the mostly anti-choice voter does not. That said, the raw numbers still favor by a slight margin the 'pro-choice candidate since the pool of voters in the 'legal in most cases' camp is larger by 7-10 percentage points than the 'illegal in most cases' voters.

54% of white women voted for Cuccinelli and 51% of married women. Women are not monolithic, to say the least, in their support of pro-choice candidates or Democrats.

In Virginia in 2013, marrieds went for Cuccinelli 50-43 and unmarrieds for McAuliffe 62-29, for a 40-point marriage gap, virtually identical to the national marriage gap.

New Jersey
In New Jersey, every group went for the popular anti-choice, anti-family planning incumbent, with 63% of men and 57% of women voting for Christie. Abortion rights were not a major issue in the campaign, not registering on the exit polls.

The messages from these campaigns include the non-monolithic character of women voters and choice voters. Issues other than choice, and even family planning, are not the primary determinants of many women voters. The gender gap is real but the marriage, income and race gaps are greater. Politicians have yet to make the compelling case that reproductive freedom is essential for women, and men, and that they should vote accordingly. The connections to issues perceived as of greater importance, like the economy, taxes and health care coverage, need to be made. Healthy families with planned and spaced children of one's choosing lead to increased women's participation in the economy, more productivity, and less health care expenditures and taxes. This is a message equally compelling to people who are married as those who are not, but so far only the latter group have gotten the message and vote accordingly, as they want to keep their life options open.

No comments made yet. Be the first to submit a comment
Creating Space for More Than Tolerance
Poverty and the Rural African Girl