Tracy Gladstone, Ph.D., is an associate director, senior research scientist, and director of the Stone Primary Prevention Initiatives at the Wellesley Centers for Women at Wellesley College, an assistant in psychology at Boston Children’s Hospital, an instructor at Harvard Medical School, and a research scientist at Judge Baker Children’s Center. For the past twenty years, Dr. Gladstone has focused her research on the development, implementation, evaluation, and dissemination of preventive interventions targeting depression in children and families. Dr. Gladstone is trained in a variety of different intervention approaches and has co-authored a number of peer-reviewed manuscripts reporting the results of her research endeavors. She has taken an active role in teaching about depression, prevention, and intervention in local, national, and international settings.

Hey NHS/WMS/KMS is a three-part program to address adolescent depression throughout the Natick Public Schools. First, this comprehensive program begins with a concentrated effort to increase mental health literacy in the school community and to prepare the community for a broad-based screening and intervention approach to the problem of youth depression/suicidal behavior. Next, all 7th, 8th, 9th and 11th grade teens at Wilson Middle School, Kennedy Middle School, and Natick High School will receive a screening for depressive symptoms and for an indication of suicidal behavior. Finally, all families will be notified regarding the outcome of their child’s screen. Additionally, teens who are in need of immediate intervention will be connected with local mental health resources. All referred teens will be followed with periodic assessments of symptoms and service utilization.

Depression is a common problem among adolescents. The average age for a first onset of depression is 15 (IOM Report, 2009), and about 20% of teens will have experienced an episode of depression by the time they are 18 (Birmaher et al., 1996a; Birmaher et al., 1996b; Merikangas et al., 2010). Finally, most cases of recurrent adult depression have initial onsets during adolescence (Costello et al., 2002). Furthermore, a recent report from the National Institute of Mental Health suggests that the 12-month prevalence rate of Major Depressive Disorder among middle school students ranges from 5.7 to 8.7% (NIMH, 2016).

Of particular importance is the association between adolescent depression and suicidal behavior. Suicide is the second leading cause of death among adolescents in the United States (Hoyert & Xu, 2012). In 2011, nearly 16% of adolescents in the United States reported seriously considering suicide, while nearly 8% reported actually making a suicide attempt (Eaton et al., 2012). Suicidal thinking is a symptom of depression, and over half of the adolescents who plan to attempt or do attempt suicide have a mood disorder at the time (Nock et al., 2013). Research suggests that, through the early identification of mental health concerns such as depression and through efforts to reduce symptoms of depression, suicidal behaviors may be prevented (Horowitz, Ballard, & Pao, 2009). While it is true that not all teens who experience suicidal thoughts are also suffering from symptoms of depression, these two conditions are quite strongly connected. Diamond and colleagues (2012) suggest that, given this overlap, it makes sense to assess for suicide and depression simultaneously.

Research indicates that prevention programs can reduce the incidence of both depressive symptoms and depressive episodes (Cuijpers et al., 2008; Horowitz & Garber, 2006). Given the high rates of youth depression and the long-term impairments associated with this disorder, methods to prevent depressive disorders in children and adolescents have tremendous implications for population health and wellbeing. Preventive efforts are particularly important because only about half of teens treated for depression show significant improvement (TADS, 2004). Even when symptoms do improve, about 75% of teens will experience another depressive episode within 5 years (Kovacs, 1985; Lewinsohn, Clarke, Seeley & Rohde, 1994). Because youth depression is so prevalent and is associated with long-term difficulties, the Institute of Medicine (2009) has recommended the development, evaluation, and implementation of depression prevention programs targeting adolescents prior to the age of highest risk for depression onset. Finally, prevention is less expensive and less disruptive than treating depression after an episode has occurred.

According to the 2014 MetroWest Adolescent Health Survey, 21% of Natick High students reported experiencing significant symptoms of depression, and 35% of adolescents described their life as “very stressful.” In addition, 14% of Natick High students reported that they had seriously considered suicide in the past year, and a full 5% of these students reported that they had made a suicide attempt. Almost 20% of 7th and 8th graders described their lives as “very stressful,” 17% reported depressive symptoms within the past year, and 12% reported having considered suicide in their lifetime. Consistent with the literature on youth depression (Marcotte, Fortin, Potvin, & Papillon, 2002), reports of stress and depressive symptoms were more common among girls than boys, and alcohol and marijuana use was more common among those who reported depressive symptoms, relative to those who did not report depressive symptoms. In light of these data, the Natick Public School system has designated youth depression as one of its district goals for the current school year. 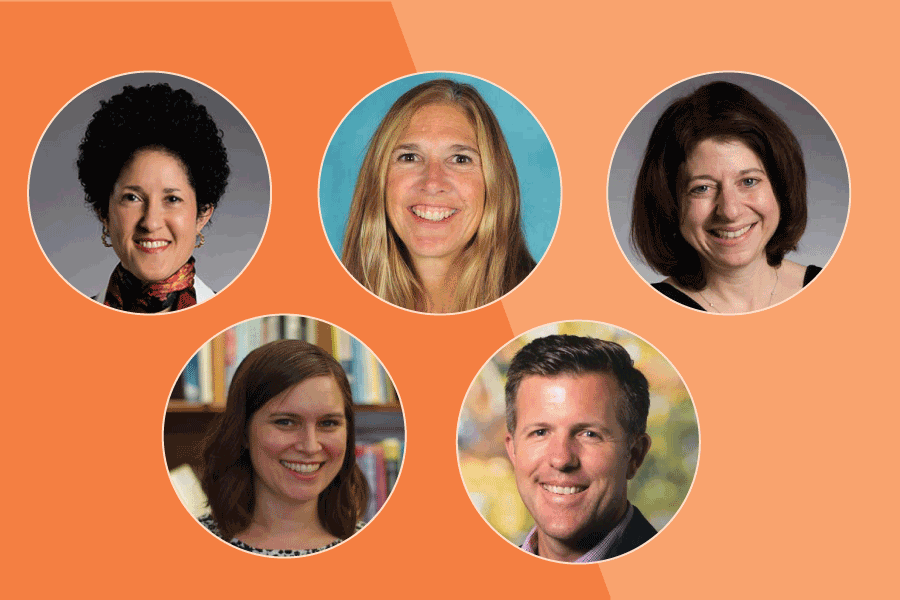