Commentary: Sexual Harassment Left Behind: What the "bullying" framework is doing to the civil rights laws and framework

On October 26, 2010, as this commentary went to press, the U.S. Department of Education Office for Civil Rights issued a “Dear Colleague Letter” to schools that clarifies the relationship between bullying and discriminating harassment under civil rights laws: http://www2.ed.gov/about/offices/list/ocr/letters/colleague-201010.html.

The recent tragic cases of Phoebe Prince and Carl Wal ker -Hoover , two Massachusetts students who took their own lives after being allegedly bullied by their peers, force us to look carefully at the ways in which school personnel are treating and framing student-to-student interactions. I want to propose that, in fact, both children were sexually harassed by their peers; and to call it "bullying" minimizes what they endured.

My experience is that school administrators often disguise the fact that they are liable for sexual harassment in the school and frequently tell students and their parents that it is they who will be sued for actions that take place in the school. Too many administrators embrace and promote the bullying framework and discourse because they believe they will not end up in federal court if they label behaviors "bullying" (Stein 2003). By doing this, they are conflating harassment behaviors and definitions with "bullying;" the tsunami of bullying is winning out- disregarding and displacing the legal rights of students under federal civil rights in education laws.

Specifically, I have three primary concerns about the "bullying" framework:

1. The broad use of the term "bullying"

The term "bullying" is imprecise and vague; it is used as a default, as a crutch, and has been stretched to describe everything from "meanness" to "criminal conduct." I consider it a placeholder word for what we should call "racism," "sexism," or "homophobia." Sometimes "bullying" also is applied incorrectly to minimize what might legally be criminal conduct. In addition, the media perpetuates the problem with headline after headline in U.S. media flashing the term "bullying." Yet when I read or listen to these reports, I learn that youth were charged with criminal violations and/or school districts were sued in federal court for harassment under federal civil rights. Why aren’t we calling these behaviors what they are? Why do we use a word that minimizes criminal actions of an individual or the requirement of a school district under civil rights laws? I believe that we should be encouraging students and adults to use more words, not fewer words when they describe conduct that they think interferes or disrupts the learning environment.

What we have instead is all conduct collapsed into the simple one word term, "bullying" - whether we are talking about "social exclusion" or "sexual assault" - all of a sudden, no one can use more than one word, and all behaviors are labeled "bullying." Let’s try to encourage everyone to expand their vocabulary, instead of reducing their vocabulary to one overused term.

2. The definition(s) of "bullying"

Moreover, there is no agreement on the definition of the term "bullying"-whether we look at the 45 states that have passed state laws on bullying or if we look at the ways in which bullying is defined by researchers-there is no agreed-upon definition and everyone makes up her/his own when conducting research and surveys. This process of creating a definition is a completely arbitrary and capricious, an inconsistent, whimsical process. Some laws/researchers insist that bullying is comprised of "repeated" behaviors; others say it can be a one-time occurrence. Some laws/researchers define it as a differential "imbalance of power," but who determines the imbalance, and what is "power"? If the behaviors are classified based on severity, what measures define this?

Case in point: the U.S. Departments of Education and Justice, in their biannual survey, Indicators of School Crime and Safety, do not offer a definition of bullying among the five pages of definitions that make up areas that this survey asks 3,500 school administrators to complete. Even though there are specific questions about bullying behaviors, no definition is offered. Instead, the survey relies upon principals’ self-defining application of the term. Case closed, huh? The feds don’t even dare define this word "bullying."

Yet, it is the very arbitrary and capriciousness of the slippery definition of bullying that allows lawyers to file First Amendment lawsuits against the actions of school administrators who suspend and expel students for "bullying" conduct- conduct and definitions that vary from state to state,moment to moment, incident to incident.

In one of the Massachusetts tragic cases of suicide, the alleged perpetrators (in South Hadley) have been charged by the district attorney with criminal conduct-those cases are pending hearings this winter.*

However, I also believe that the school districts in both the Massachusetts cases need to be taken to task, in federal court, under federal civil rights laws, for their disregard of federal law Title IX: the right to receive an education that is free from sex discrimination and harassment. We know from media reports and statements from lawyers representing the aggrieved and grieving families that the schools had been contacted by the aggrieved students and their parents about the problems they were experiencing, and were "on notice;" therefore the liability lay with school personnel to create a school environment that would not permit or tolerate behaviors that interfered with those children receiving their civil rights-their equal rights-to go to school in an environment that is free from racial and sexual discrimination, including sexual harassment. Over a decade ago, in 1999, the U.S. Supreme Court decided in the Davis v. Monroe County Board of Education (GA) School District case, in which a fifth-grade girl in Macon, Georgia had been sexually harassed by a male classmate, that school personnel were liable for peer-to-peer sexual harassment when they knew about it and failed to take any action.

My final point is one of consumer protection. Schools are flooded with bullying curricula and materials that lack evidence of their efficacy. These materials and their authors promote claims of effectiveness yet the research results do not show it. In fact, most of these interventions/curricula have yet to be evaluated for effectiveness, or if they have, these evaluations have major gaps and raise serious concerns. Some have been evaluated by their author(s), which presents a conflict of interest and bias problem. Other results-assuming they were effective-have not been replicated with groups beyond the initial group of students. If the effects cannot be replicated in other environments with more diverse populations, then there is some doubt about the usefulness of that particular curricular intervention with a wider group of subjects, schools, and youth. And the integrity of some of these evaluations must be called into question as schools volunteered to be included in the studies, after having already expressed an interest in these materials. Thus, the evaluation projects did not utilize a random assignment at the beginning of the studies, which then calls the whole enterprise into question. Further, rarely have the results of any of these evaluations been published in peer-reviewed journals that scholars and researchers can read, discuss, and debate.

Many of the curriculum materials-whether they are free like "Don’t Laugh At Me" which was developed by Operation Respect, an organization founded by Peter Yarrow of the folk group Peter, Paul & Mary, or cost thousands of dollars like "Steps to Respect" offered by the Committee for Children, or the Olweus Bullying Prevention Program-have demonstrated minimal effectiveness despite being popular. The Olweus program in particular is used very widely, but aside from an initial effort in rural South Carolina in the mid-1990s, there are minimal reports of effectiveness or replication published about their U.S. research results given its widespread use. The program is not proven to be effective in the U.S., yet school districts keep paying for this expensive service based on Olweus’ promotion of its effectiveness in Norway or its limited reach in the U.S.

The tragedy of lives lost should spur action. But this should not result in reckless implementation of unproven programs that respond to isolated issues rather than holistic policy creation, professional development, and comprehensive programming, supported by rigorous, unbiased evaluation. Only about five percent of existing intervention, prevention, and remediation programs, in general, have demonstrated any value/worth of effectiveness.

Studying school violence is not merely to focus on gangs, guns, and drugs. There are gendered dimensions to school violence and to make schools gender-safe we need to create a culture that does not permit nor endorse sexual harassment towards girls or boys (Stein, Tolman, Porche & Spencer, 2002). And we must appropriately label behaviors and respond to what’s really going on in our school hallways, bathrooms, and buses. Children’s lives depend on it. 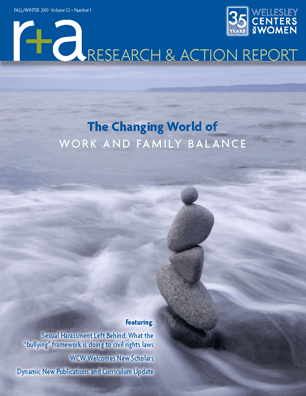