SEED, founded by acclaimed educator and women’s studies scholar Peggy McIntosh in 1987, is a peer-led professional development program that creates conversational communities to drive personal, organizational, and societal change toward greater equity and diversity. They do so by training individuals to facilitate ongoing SEED seminars within their own institutions and communities. 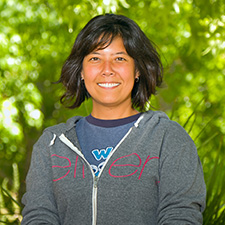 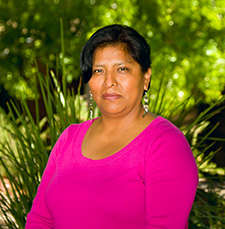 Ruth MendozaMaegawa will initially focus on supporting and expanding regional networks of SEED leaders; Mendoza on international expansion. They join co-directors Emmy Howe, Gail Cruise-Roberson, and Jondou Chase Chen on SEED’s leadership team. “Motoko and Ruth have demonstrated a deep commitment to the personal and communal work of learning, equity, and the valuing of all voices,” said Howe. “We are thrilled to have them take on even greater leadership roles at SEED as we celebrate our 30th year and move into our fourth decade.”

Maegawa began her career in 1999, teaching at both public and independent schools, and is currently the head of middle school at Bernard Zell Anshe Emet Day School in Chicago, a position she has held since 2012. As of July 1, she will be a facilitator/associate with the CRLT Players at the Center for Research on Learning and Teaching at the University of Michigan. The Players use theater as a means of opening up conversations on equity and inclusion.

She became a SEED leader in 2009, when she was head of middle school and assistant head of school for diversity initiatives at University Liggett School in Grosse Pointe Woods, Michigan. She became a SEED staff member in 2012, helping to train new leaders at the organization’s residential New Leaders Week. She co-facilitated the student SEED group at the Latin School of Chicago from 2013 –2015, and has co-facilitated the faculty SEED group for teachers at Bernard Zell and the Latin School. In 2013, she became the lead organizer for Chicagoland SEED, the network for regional SEED leaders.

“SEED has offered me a new perspective through which to view the institutions, organizations, and communities of which I am a part,” she said. “I see how I have agency both as an individual and as a part of a group to work toward more equitable practice in building an inclusive community.”

As an associate director, she added, “I aim to have my contributions offer more in-depth support to our existing SEED leaders regionally, nationally, and internationally, and to help SEED listen more intently to underrepresented communities and learn from them how we can better meet their needs.”

Born and raised in La Paz, Bolivia, Ruth Mendoza came to the United States at age 18 and is now a senior kindergarten teacher and the SEED coordinator at The Meadowbrook School in Weston, Massachusetts, where she has been since 2003. She first trained as a SEED leader in 2010, co-facilitating Meadowbrook’s SEED seminars for faculty, staff, and parents, and became a SEED staff member in 2012. Since 2015, she has co-facilitated the regional New England SEED leaders group.

In 2010, she co-founded and co-developed curriculum for Meadowbrook’s Students of Color group and in 2011, co-developed the school-wide All Working At Racial Equity (AWARE) curriculum. She has served on the school’s Diversity Committee and leads the Junior Kindergarten through second grade affinity group. She was also a founding member Meadowbrook’s Multicultural Teaching Institute summer conference, which launched in June 2014.

“SEED has taught me that there’s so much to learn from one another and that my assumptions have often clouded this possibility. Through my SEED work I have come to appreciate that there is nothing more powerful than sitting with others and sharing of ourselves through stories to better understand who we are, the privileges we hold and how we can become an ally to each other,” she said. “I am honored and excited to take a lead role at SEED because I wholeheartedly belief in its mission to shed light on issues of power imbalance and its impact on all of our lives. I am also humbled by the notion that I join an extraordinarily mindful group of individuals who care deeply about social justice in all its forms.”

The National SEED ProjectSM is a professional development program that promotes change from within organizations through peer-led self-reflection and interpersonal dialogue and builds capacity for more equitable campuses, workplaces, and communities. SEED partners with institutions, organizations, and communities to develop their own SEED seminars—a group of individuals who meet regularly to learn about themselves, interact with each other across identities, and develop strategies for greater equity and diversity in their local settings. More than 2,400 educators, parents, and community leaders from 42 U.S. states and 14 other countries have been trained as SEED leaders since its founding in 1987.

SEED is a program of the Wellesley Centers for Women at Wellesley College, one of the world’s largest gender-focused research-and-action organizations. For more information on SEED, or to apply to become a SEED leader, visit nationalseedproject.org.