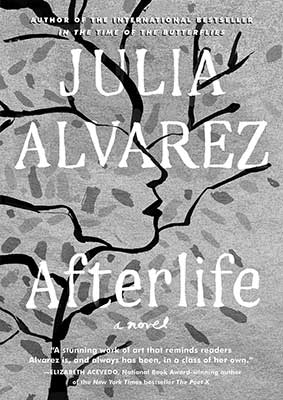 Madre Vieja, the small Dominican town where I was born, was haunted by a living ghost named Josefina. She— who’d been struck with the fukú of love back in the 1980s, before my family emigrated to New York City—was the most fascinating fixture in my childhood. At random times of day and night, we’d see her wandering those dusty dirt roads, more often than not seeking the kindness of our community—food, cold water, an old dress to cover her brazen nakedness. She didn’t get kindness often, not that us kids often saw.

Josefina was the living warning of what it means to disappear, to become unseen. An old woman without a husband, without children, without profession or home, was abhorrent on so many levels that all we saw was the flat outline of her, a creature no longer human. In Greek tragedy-style, she roamed disheveled, angry, spitting wildly at us, throwing rocks back at us. We were the only ones who acknowledged her, and we did so by flinging filthy words aimed right where it would hurt. I mean, non-stop. Loca, we yelled at her, sucia, sinfamilia! As if the worst fate that could befall a woman was to exist alone, unloved.

In the opening pages of Julia Alvarez’s newest novel, Afterlife, the protagonist Antonia is at the precipice of such madness, which is to say, at the cusp of disappearing. A year prior, we learn, Antonia lost both her husband of over thirty years and the English professor work that so defined her. Her retirement party was interrupted by news of her husband’s death. We now find her drifting, haunted. This particular kind of haunting is familiar to any who have experienced an identityshifting type of loss.

No matter the sips, the narrow path, grief keeps ambushing her: unsuspecting moments, nooks, crannies, cracks where the root system of loving is embedded in her life. Brutally yanked out with that tearing sound of detaching a clump of grass from the ground. She conjures her husband’s voice at her every decision and finds his absence numbing. For four decades, she has taught the books of dead writers, who now swarm through an endless loop of quotes in her head. Antonia, herself once a writer, might find relief through telling her own story, but in grief, that capacity is gone as well. As Antonia balances on a scale of invisibility, we are forced to consider the central question of Alvarez’s book: Who are we when who and what defined us is gone?

The mask stuck to the face, take it off at your own peril. Who am I going to be anymore? […] No longer a teacher at the college, no longer volunteering and serving on a half dozen boards, no longer in the thick of the writing whirl—she has withdrawn from every narrative, including the ones she makes up for sale. Who am I? The plaintive cry.

The stakes couldn’t be higher. Antonia’s answer will render her either invisible, a ghost herself, or transport her to the land of creator, a narrator of her own existence. In her Vermont college town, her withdrawal is met with weary concern. Even her closest friends don’t really want to know how she’s doing. “The landscape of grief is not very inviting,” Antonia narrates. “Visitors don’t want to linger.” The turmoil of going through an identity crisis is exacerbated by Antonia’s 66th birthday, which forces her to confront the ways in which she has defined herself up until these losses. “So, will that continue to be her role going forward?” Antonia asks herself. “The one who defines herself by being what the others are not?”

For too long, Antonia has been defined through relation to her activist, now-dead husband, Sam. Most in her community assume she is the reason her husband was so inclined toward left-leaning philosophies, but in truth she is stoic, cautious, and risk-averse. Her three sisters, whom she tenderly refers to as “the Dominican Greek Chorus,” have also type-casted her as a know-it-all, a saint; they choose church bells as her designated ringtone. Most critically, Antonia casts a critical eye on aspects of herself she deems shameful and selfish: She is momentarily frightened to find herself alone with an undocumented young male worker from a nearby house and fears for her life. She and her sisters find the defect a product of assimilation. Alvarez writes, “You’re the most American of us, her sisters have commented to Antonia in an accusatory tone.” And what’s wrong with that? She lacks the expected generosity (ahem, the sacrificial lamb gene) that pushes the needs of others ahead of her own.

With masterful simplicity, Alvarez casts Antonia at the crux of two situations that propel her off-stasis. First, Antonia’s sister, Izzy, has gone missing. Izzy battles serious mental illness and an unbridled need to solve society’s greatest injustices. Second, Antonia is confronted by the migrant crisis when a pregnant, homeless, undocumented teenager shows up at her doorstep. Both situations beg the same response from her—to drop her routines, peace, and desires to save another.

She’s destined to disappoint, though, because she can’t be in two places at the same time. It is at these crossroads that we see Antonia use the voices that previously haunted her as guideposts:

Tolstoy had it right in that story she used to teach about the three questions: What is the best time to do things? Who is the most important one? What is the right thing to do? Funny how Antonia remembers the questions but can’t for the life of her remember if Tolstoy provided the answer.

Selective amnesia forces Antonia to seek her own answers to these questions. She quickly decides, “She is the most important one.” This is a bold move by Alvarez, for what renders a female character less likeable than choosing herself and declaring it so? Antonia is quick to remind us that this mindset is as American as the flag: “You have to start by taking care of yourself. The mantra of the First World. First, your own oxygen mask, then everyone’s else’s.”

Alvarez summons the words from the lit canon with the terrific device of Antonia’s musings. Phrases are plucked with logical need yet emerge uninvited from the long dead to those still living and kicking, in order to celebrate the gifts we can enjoy but also to take those gifts to task. After all, as playfully as Alvarez brings up the idea of a Greek chorus with the sisterhood, one can’t help but think of the greatest of all “love lost” Greek tragedies; Euripides’ Medea, whose lost love transformed her to a monster through the murder of her own children, is still widely read by English majors today.

Alvarez also invokes T.S. Elliot’s poetry to show how language falls short, how Antonia still finds language lacking when it comes to explaining herself, her feelings, and her humanity, despite having an encyclopedic knowledge of all those books: “She is alone now with her intense need to get the words right.” She knows deep down that it is mostly for naught:

But even the beauties of language, of words rightly chosen, are riddled with who we are, class and race, and whatever else will keep us—so we think—safe on the narrow path.

Still, Antonia finds comfort in the beauty of language, in the companionship of all those thousands of years of words. As an academic, she forces herself to see things evenly. And so, Alvarez once again thrusts Antonia into deeper grief and leaves her in a place where, “It’s finally come; the frightening moment she has fought so hard to prevent, when not just the world but the words fall apart, and the plunge goes on and on and on.”

There, Antonia finds liberation, by first granting herself permission to lose control—then, swiftly, she descends from pain to madness, when loss turns to despair and the world is bleak. She sees the horror around her, to the environment, to migrant bodies. She is bereft.

And yet, in the end, Antonia accepts what has been broken. There is such beauty in the simplicity of this message: We, as women, aren’t put on earth to fix everything, to be everything to everyone. Antonia extends the most human gesture: “…she has handed over the controls of others’ lives into their own hands.” And when it comes to grief, the knowledge that maybe the best way to honor our dead is to allow them to live on through us, in us, however imperfect we may be.

Alvarez’s slender novel is a reminder that in the hands of a master, a simple story of loss and love can be fresh and devastating. At the end of Afterlife, I revisited my memories of Josefina, haunted by her ferocity, by her unwillingness to stay shut away, hiding out from a world that wanted to deny her existence. I see her today as if I was nine years old, arms full of rocks, daring us to call her names.

Cleyvis Natera is a Dominican immigrant who grew up in Harlem, NYC. She holds an MFA from New York University and is a 2019-2020 Pen America Writing for Justice Fellow. She’s currently hard at work on her first novel, Neruda on the Park.