The institute is convening fifty promising women leaders from around the world, including areas undergoing political transformations and social change, such as Arab countries in the Middle East North Africa (MENA) region. Participants are benefiting from training and networking sessions with their peers and established leaders, a forum for shared learning and dialogue on leadership, and a global exchange of ideas and resources.

The Women in Public Service Project was launched in March 2011 by U.S. Secretary of State, Hillary Rodham Clinton, the U.S. State Department, and five of the Seven Sister Colleges (Barnard, Bryn Mawr, Mount Holyoke, Smith, and Wellesley). The project is identifying and educating the next generation of women committed to public service, creating an infrastructure of support and mentoring, and overcoming barriers that prevent more women from entering public service and government leadership. The summer institute is the project’s second major event, following the December 15, 2011 colloquium at the State Department in Washington D.C.

“Together we will seek to promote the next generation of women leaders who will invest in their countries and communities, provide leadership for their governments and societies, and help change the way global solutions are developed,” said Secretary of State Hillary Clinton, Wellesley College Class of 1969, when the project was announced.

Echoing Secretary Clinton, H. Kim Bottomly, President of Wellesley College, said the institute is a natural extension of Wellesley’s mission and a new, vital component of the College’s historical contribution to the world. “Wellesley invests in women and in the leadership potential of women. For more than 100 years, the College has graduated women who go on to make a difference in the world. We share the belief that in this very complex century we need strong and capable leadership—and we share a conviction that the most powerful engine of social change is an educated woman. That’s what makes this project—and Wellesley’s leading participation in it—critical.”

Only 17.5 percent of world’s elected offices are held by women; the U.S. percentage is even smaller. As one of the world’s most successful institutions at educating women leaders, Wellesley is playing a leading role in the Women in Public Service Project. Wellesley graduates include two of the three females to hold the post of U.S. Secretary of State: Secretary Madeleine Albright ’59 and Clinton. By sharing the extraordinary Wellesley network, and by pooling its resources with the State Department and the sister colleges, Wellesley seeks to help correct the imbalance in this complex century, not only for the sake of women, but for the sake of the world. In addition to hosting the project’s first summer institute, Wellesley College leaders, students, researchers, and faculty contributed to the State Department’s December 2011 colloquium.

Rangita de Silva-de Alwis, S.J.D., director of International Human Rights Policy Programs at the Wellesley Centers for Women, is serving as director of the Women in Public Service Project Summer Institute; de Silva-de Alwis has led projects on women’s rights issues in China, regional law reform in Asia, and the Women’s Leadership Network: Women’s Political, Public, and Economic Participation in the Muslim World. She also serves as a Senior Advisor to the United Nations.

Women from around the world in mid-career leadership positions representing all disciplines (economy, arts, media, law, etc.) were invited to apply to the institute. Candidates from countries in political and social transition were especially encouraged to apply. Following this summer’s pilot institute at Wellesley, the institute will take place annually, rotating among the participating colleges. For more information on The Women in Public Service Project, visit the U.S. State Department website: www.state.gov. 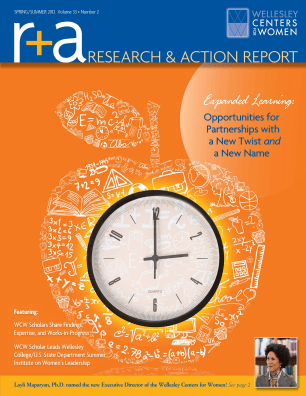