Commentary: Not a Safe Bet

In its September 11, 2011, issue, the New York Times Magazine brought together a group of pundits for a roundtable discussion, moderated by reporter Scott Malcolmson, of the 9/11 attacks and the subsequent U.S. wars in Iraq and Afghanistan: Michael Ignatieff, James Traub, David Rieff, Paul Berman, and Ian Buruma. Scott, Michael, James, David, Paul, and Ian: not a woman—nor a person of color—in the bunch. This particular group had been invited because each had published a significant article previously in the magazine about the issues under discussion—which doesn’t justify the choice; if anything, it makes it worse. Not only were women absent from the magazine’s 9/11 anniversary discussion, but we weren’t included in the debates of the past ten years!

This can’t possibly be because women have nothing of interest to say on the topic. We were not only bystanders, victims, and resisters of the attacks and the wars; we were also literal foot soldiers, strategists, and architects of policy. I contacted Cynthia Enloe, a research professor at Clark University and an expert on militarism and its consequences for women, to see what she thought women would have added to the New York Times discussion. She commented,

In the immediate wake of the September 11 attacks, a group of the widows spoke out against the idea that militarized revenge was the most useful or necessary response to the killings. Women in Black, a vibrant transnational feminist peace group with branches in the U.S., seconded the widows’ analysis. Moreover, feminists in many different countries, including the U.S., quickly warned that the Bush administration was (cynically) using the oppression of Afghan women under the Taliban as a fig leaf to disguise the administration’s actual (and less altruistic!) goals. This fig leaf became all the more transparent when the administration chose as its closest Afghan military allies the Northern Alliance, a loose coalition of warlord armies, commanded by Afghan men who were—and remain—as deeply misogynist in their attitudes, policies, and actions as were the Taliban.

To ignore American women activists’ serious analyses of policy options in the wake of 9/11 and to ignore the actual consequences for women of U.S. government militarized alliances in Afghanistan is to grossly distort and simplify the politics of 9/11. 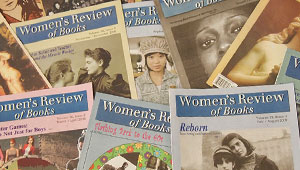 So, what’s the deal? There’s old-fashioned, blatant sexism, of course. Several years ago, a New York Times Book Review editor lamented, during a workshop I attended, that he simply couldn’t find women who could write knowledgeably about, say, military history. I responded that at Women’s Review of Books (WRB), we have a database of more than 1,600 women writers, with expertise on myriad topics, from armies to zeppelins, if that’s what you’re looking for. When, as editor, I can’t find someone on my existing list who would be an appropriate reviewer for a particular book, I start Googling. I’m always amazed and honored that the scholars, journalists, and intellectuals whom I contact completely out of the blue often say yes to an assignment for WRB; I can’t imagine they’d be any less receptive to a cold call from the New York Times. Yet the guys who edit magazines seem to find their writers mostly by checking out what the other guys who edit magazines are doing. The writers and ideas get passed around and around from one to the other, with only a rare break in the fence.

I admit, there’s also sexism of the internalized variety. Other editors tell me that men pitch them articles more often than women, and if their first pitch is rejected, they come right back with another idea. Women, in contrast, tend to slink away and never return. Women! Don’t take it so personally! An idea that’s rejected on Monday is often accepted on Tuesday—and there’s no knowing why. Be obnoxious, my sisters!

The organization VIDA (www.vidaweb.org) was founded in 2009, after Publishers Weekly’s annual “ten best” list included exactly zero books by women. Since then, VIDA has published numerous “counts” on its website: statistical breakdowns of women to men published by major U.S. magazines such as The New Yorker, The New York Review of Books, Harper’s, The Atlantic, etc. VIDA’s latest count was of the stories and articles included in the various “Best of” anthologies published each year. Check it out. The results aren’t pretty.

Women’s Review of Books represents one kind of response to this situation: stop complaining and do it yourself. The other path is of course to push your way in and change the paradigm; both are necessary. WRB was founded in 1983, and I often marvel that it’s still around. Not only because of the financial scrapes and crashes we’ve survived, not only because of the transformed publishing scene, but also because back in 1983, I would have predicted that the world would have changed enough by 2011 that we’d no longer want or need a women’s review.

WRB aims to promote both women’s critical writing and books about women’s and gender studies—and it’s useful to clarify that our mission is twofold: books by and about women, reviewed by women. (I tell male would-be reviewers that WRB will consider them for assignments if we can’t find a woman who can write knowledgeably on a given topic, but I also warn them, that never happens.) There’s little overlap between WRB’s table of contents and that of mainstream publications, which means they’re not only missing out on many brilliant writers but also on important new information, ideas, and trends. Rochelle Ruthchild, who reviewed the book Sexual Violence Against Jewish Women During the Holocaust, edited by Sonja M. Hedgepeth and Rochelle G. Saidel, in the September/October 2011 issue of WRB, noted that the groundbreaking anthology, on a topic that has been taboo among scholars of the period, was greeted with a vast media silence. She ended her article with a plea: “Wake up, ‘New York Review of Boys’ and others!” (Ruthchild dedicated her review to her “Great-Aunt Anna Goldberg, who was among those sterilized during experiments by Josef Megele and other Nazi doctors at Auschwitz.”)

I feel somewhat embarrassed about writing this Commentary. When I started it, I imagined that I would have something new and deep to say about the mission of Women’s Review of Books, the state of publishing, the disheartening statistics. Instead, I am making the same old points I make every time I give a presentation about WRB. But, I realize, frustrating as it is, they bear repeating. Suppressing women’s writing, which, make no mistake, is what our culture does, is suppressing our thought, our creativity, and even our human spirits, as the poet and novelist Eileen Myles puts it in her essay “Being Female” (vidaweb. org/being-female#more-1057):

I think writing is a passion. It’s an urge as deep as life itself. It’s sex. It’s being and becoming. If you write, then writing is how you know. And when someone starts slowly removing women from the public reflection of this fact, they are saying that she doesn’t know. Or I don’t care if she thinks she knows. She is not a safe bet. 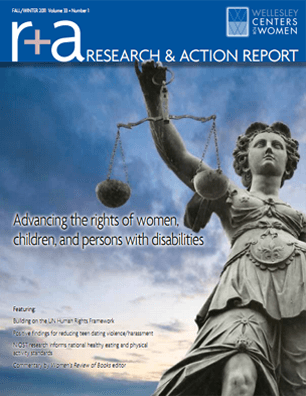