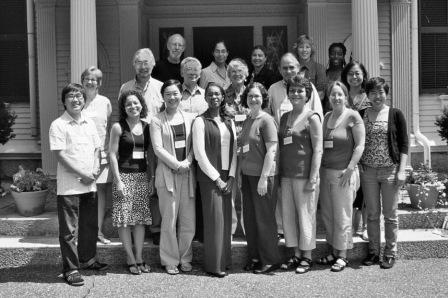 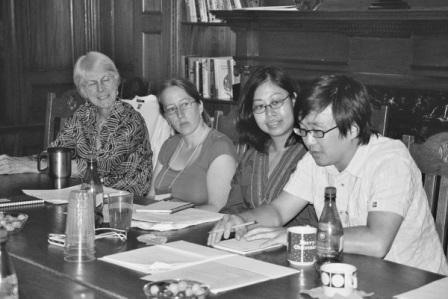 Two years ago, scholars at the Wellesley Centers for Women (WCW) launched a study of racial and ethnic identification among adolescents of mixed ancestry. The reasons for pursuing the research were several. Most literature about ethnic/racial self-identification patterns derived from adult respondents. For example, the series of studies that led to the change in wording of racial self-identification in the 2000 Census was carried out with adults. Little is known about asking racial and ethnic identification questions of adolescents who have more than one racial ethnic ancestry. The WCW research team, led by Sumru Erkut, Ph.D., WCW associate director and senior research scientist, also noted that a growing body of evidence suggested that some mixed-ancestry adolescents have poorer social adjustment outcomes such as depression, substance use, and health problems than their single-race-reporting peers. Whether these youth also have particular strengths had not been systematically studied. Additionally, the beginnings of theoretical models for measuring mixed-racial/ethnic identity development existed but none had been empirically validated with large samples drawn from diverse regions of the U.S. Nor had these models been able to account for the fluidity or variability in self-identification which can vary over time; adolescents of mixed ancestry may report as different single-race or mixed-race at different times and in different situations.

The research team viewed changes in the way U.S. society collects information on race beginning with the 2000 Census to signify that a sufficient number of individuals of mixed ancestry desired to be counted and also carried enough political clout to alter standard survey language. The researchers theorized that this change formally marked the beginning of a qualitatively different social atmosphere for acknowledging and measuring mixed-ancestry identity, so much so that prior research would need to be qualified by the historical time and cohort that was studied. Exploring mixed-ancestry identity gained added relevance during the implementation of the study as Barack Obama’s heritage brought the issue to the forefront of public discourse during the 2008 presidential campaign.

Funded by the National Institutes on Child Health and Human Development (NICHD), the Adolescent Mixed-Ancestry Identity: A Measurement Pilot study aimed to learn more about youths' self-identification and to develop better ways to gather data about race and ethnicity in this growing population. The researchers’ theoretical approach was guided by the Mixed Ancestry Racial/Ethnic Identity Development Model, developed by Peony Fhagen Smith, Ph.D., a member of the research team. A significant aspect of this study lay in the experimental approach to measuring mixed-ancestry identification among adolescents. The total student bodies of three high schools in the Northeastern U.S. were asked to complete a screening survey which incorporated a hidden experiment involving multiple assessments of racial/ethnic self-identification, using three randomly distributed measures: the Census format, a multiple choice plus fill-in, and a fill-in. 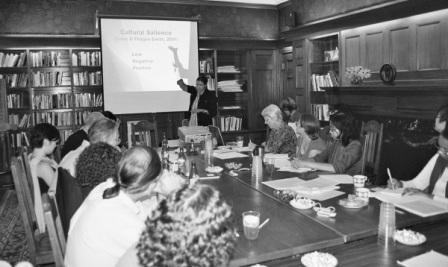 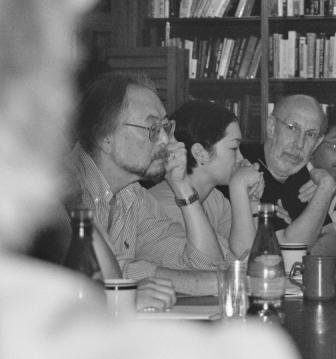 In addition, all students were asked a dichotomous direct question: “Do you consider yourself to be of mixed race or ethnicity? By this we mean do you consider yourself to be bi-racial or multi-racial?” Adolescents were also asked to report, if known, the racial heritage of their birth mother and birth father. These responses were coded as belonging to one or more of the five major pan-ethnic categories and a dichotomous indicator was created that reflected mixed heritage—multiple categories for one or both parents or different categories across parents. A third question posed was, “Based on how you look, do people ever mistake you for being a different race or ethnicity than you think you are?” to gauge possible phenotypic ambiguity.

During the second phase of data collection, in-depth interviews were conducted with students whose responses to the screening survey indicated that they had the potential to identify themselves as having a mixed racial/ethnic identity.

Of the three randomized, self-categorization measures, the researchers identified the Census tool as yielding the highest count of mixed-ancestry adolescents, using a latent variable modeling approach. This finding is consistent with results of the research with adults that led to the changes in the 2000 Census: The Race and Ethnic Targeted Test study. The other two wordings of self-identification questions, “multiple choice plus fill-in” and a “blank to be filled in” produced results that were more consistent with responses on the other questions measuring mixed ancestry. The research team’s recommendations as to which of the three approaches to use in one’s research is to consider the relevance of aspects such as ease of coding, scope of sampling frame, and then need for consistency in responses.

As work on this pilot project was winding down this past summer, the team and its advisory board convened a Colloquium with other leading scholars in the field to discuss the project’s initial findings and other initiatives from across the country that explore issues related to adolescents of mixed ancestry. Members of the research team shared background data on the planning and implementation of the study with the Colloquium participants. Participants discussed various aspects of the methodology, sample, and findings, sharing perspectives and data of other recent or current research underway, which led to answers of outstanding questions and discussions about the potential for further utilization and development of the survey and tools.

The researchers acknowledge that the multiplicity of methods of identifying and classifying persons of mixed ancestry has complex implications. Once information regarding racial/ethnic mixtures has been obtained, techniques for statistically modeling individuals of mixed ancestry, however operationalized, are needed, not only for studies designed to assess dynamics relevant to those from mixed cultural backgrounds, but for the much larger fields of social science research and policy development and enforcement in which race and ethnicity play a role. Up to now, mixed-ancestry individuals have sometimes been disregarded in analyses due to lack of numerical presence in a sample. A study of mixed-ancestry adolescents that includes participants representing a broad range of socio-economic status, however, can facilitate greater understanding of both protective factors and vulnerabilities associated with mixed-racial/ethnic identification. The researchers reported that this enhanced knowledge base will be important in the efforts to increase the visibility of hitherto hidden populations of mixed-ancestry youth who are underserved. It can also highlight strengths that can be incorporated into the design of intervention and prevention efforts, and illuminate what they have to offer to their communities.

A paper outlining the methodology and findings of the WCW Adolescent Mixed-Ancestry Identity: A Measurement Pilot study is currently under review for journal publication. The researchers anticipate the outcome of this measurement pilot will inform a nationwide longitudinal study of mixed-ancestry identity development planned for the future.