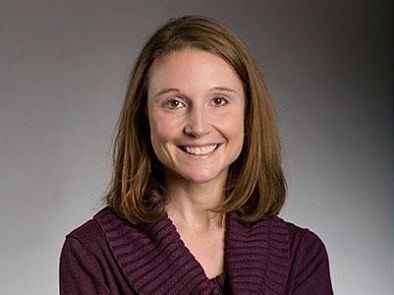 Research interests include youth and adolescent development with a focus on physical activity, healthy eating, and out-of-school time.

Kristen Fay Poston, Ph.D. was a research scientist at the National Institute of Out-of-School Time (NIOST) for several years through 2016, and a visiting lecturer in the psychology department at Wellesley College. She remains in the latter position where she teaches courses in adolescent and adult psychology. Her research focused primarily on identifying and describing the individual and contextual factors that influence developmental trajectories of positive psychological and physical health among adolescents, most specifically with regard to weight regulation and perception, dietary habits, eating attitudes and behaviors, and patterns of physical activity. She usef an interdisciplinary approach that integrates psychological theories with nutrition science, education, public health, and psychiatric perspectives. Methodologically, Poston has worked with a variety of longitudinal and cross-sectional data sets.

Poston earned her bachelor of arts degree in psychology from Wellesley College and earned her Master’s degree and doctorate in applied child development from Tufts University.

Poston was the principal investigator of a mixed methods evaluation of an afterschool and summer program designed to measure academic and psychosocial outcomes among middle school youth enrolled in the program. She also collaborated with the Providence Afterschool Association (PASA) on their Badging Initiative. Poston was a member of the NIOST research team evaluating the impact of a before-school physical activity program on children’s learning and non-learning outcomes. She was also a member of the team evaluating the Boston and Beyond Summer Learning Project, an integrative summer program that unites Boston Public Schools with community-based organizations to promote improved learning and non-learning outcomes among urban youth.

Prior to joining NIOST, Poston held research appointments at the Institute for Applied Research in Youth Development at Tufts University and at the Massachusetts General Hospital Eating Disorders Clinical and Research Program in Boston. She has also taught courses in adolescent psychology at Boston College’s Lynch School of Education.