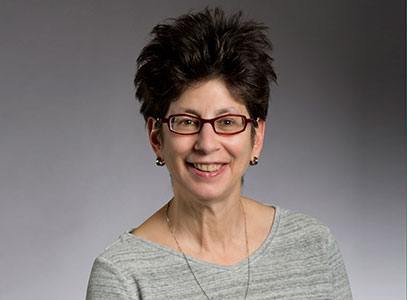 Former editor of Women’s Review of Books, providing unique perspectives on literary landscape with reviews of books by and about women.

For more than a dozen years, until winter 2018, Amy Hoffman was editor in chief of the Women’s Review of Books (WRB), which is published by the Wellesley Centers for Women (WCW) at Wellesley College, in collaboration with Old City Publishing in Philadelphia, PA. She is a member of the creative nonfiction faculty at Pine Manor College's MFA program. A writer and community activist, she has been an editor at Gay Community News (GCN), South End Press, and the Unitarian Universalist World magazine. Hoffman is the author of three memoirs -- Lies about My Family; An Army of Ex-Lovers: My Life at the Gay Community News; and Hospital Time.

Hoffman has taught writing and literature at the University of Massachusetts and Emerson College and served as development director for the Massachusetts Foundation for the Humanities and the Women’s Lunch Place, a daytime shelter for homeless women. She has served on the boards of GCN, Sojourner, Gay and Lesbian Advocates and Defenders (GLAD), and the Boston Lesbian and Gay History Project and as a judge of the Lambda Literary Awards. Hoffman has a B.A. in English from Brandeis University and a Master of Fine Arts in creative writing from the University of Massachusetts at Amherst.

Hoffman has been awarded fellowships from the Virginia Center for the Creative Arts for five consecutive years, from 2012 through 2016.