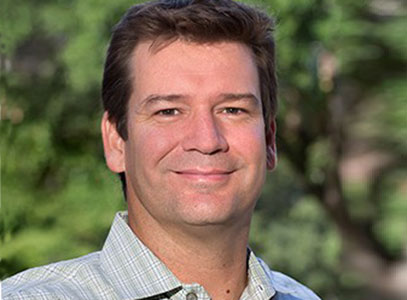 The basic premise of work with men and boys to promote gender equality was born from women’s movements. In the mid 1990s, the International Conference on Population and Development in Cairo and the Fourth World Conference on Women in Beijing both issued clear platforms of action that called for new efforts to reach men in promoting reproductive health, fighting the HIV epidemic, and ending gender-based violence. Intrinsic within this call was the recognition that these public health challenges were inextricably linked to sexism and harmful gender norms. In most settings around the world rigid notions of being a man include being tough, brave, aggressive, and invulnerable. Consequently, risk-taking behaviors, such as substance abuse and unsafe sex, are often seen as ways to affirm manhood. The need to appear invulnerable also reduces men’s willingness to seek help or treatment for physical or mental health problems. Young and adult men in violent, low-income, or conflict-affected settings may suffer even more from a sense of helplessness and fatalism that contributes to lower rates of safer sex and health-seeking behavior.

Over the past 20 years, a growing number of innovative prevention programs around the world have worked with men to challenge traditional gender norms. They are unique in allowing men to participate in a reflective process that explores how gender inequities and rigid messages about masculinity contribute to HIV, sexually transmitted infections, unintended pregnancy, gender-based violence, and other health-related problems. These programs share a “gender-transformative” approach that allows men to challenge harmful gender norms and embrace alternative models of masculinity that support their own health and that of others.

Most gender-transformative programs offer some type of intensive group educational process that encourages a very personal reflection on values about gender, and examines the costs to both sexes of harmful gender dynamics. These workshops also provide an opportunity to explore progressive views of gender relations in a safe and supportive environment. Following the initial activities, participants are given information on a range of health issues, and engage in exercises that constantly refer back to the issue of gender.

Gender-transformative approaches share a set of operating principles. First, they view men in a positive light. Rather than portraying men as vectors of disease, these programs recognize that many are already playing a constructive role in the lives of their families and supporting the rights of women. Gender-transformative programs also recognize that masculinity can be defined and expressed in a variety of ways. Using the term “masculinities,” suggests that gender norms are diverse, complex, and dynamic. The term also dismisses the incorrect implication of gender as a binary concept that can reinforce heteronormativity. Indeed, a key strategy to combating homophobia is challenging the concept that there is one hegemonic notion of what it means to be male or female. When best implemented, gender-transformative programs can explore how masculinities are deeply intertwined with culture, race, class, age, socioeconomic status, and sexuality.

One challenge for programs that serve boys and men is the implication that this work should be separated from work with girls and women. In many cases, nothing could be further from the truth. There is a growing recognition that often much more can be accomplished by working in a “gender-synchronized” manner with both sexes.3 What is generally missing from singlesex approaches is the broader awareness of how gender norms are reinforced by everyone in the community. Both men and women shape and perpetuate gender norms in society, and, therefore, true social change will come from work with both sexes. Gender-synchronized approaches are the intentional intersection of gender-transformative efforts reaching both men and boys and women and girls of all sexual orientations and gender identities. They engage people in challenging harmful and restrictive constructions of masculinity and femininity that drive gender-related vulnerabilities and inequalities and hinder health and wellbeing.

A Growing Base of Evidence

Promundo is a non-profit organization that works with men and boys to promote gender equality. They have served as a global leader in demonstrating the effectiveness of gender transformative interventions with young men through their Program H curriculum.4 In each of the eight international settings where Program H has been rigorously evaluated, the interventions have led to measureable changes in attitudes and self-reported behaviors among men on key reproductive health and gender equality issues. Examples of key results include:

• An evaluation of the application of Program H in the favelas of Rio de Janeiro, Brazil, using a quasi-experimental design found that young male participants had fewer self-reported symptoms of sexually transmitted infections (STIs) compared to similar youth who had not participated. Among young men exposed to the intervention, the percentage of young men with STI symptoms decreased by almost one-third, from 23 percent to 14 percent, over the course of the program.

• In India, a similar study found that young men who participated in the program were almost three times more likely to use a condom during sex after completing the program than young men in the comparison group.

• In Ethiopia, the proportion of young men who reported using physical violence against a female partner dropped significantly, from 36 percent to 16 percent, after taking part in the intervention, while no such change occurred among the group of non-participants.

A critical examination of these and other studies led to the release of a World Health Organization report in 2007 endorsing the efficacy of gender-transformative interventions, stating that they were more likely to be effective than public health prevention interventions that did not address the underlying constructions of gender.

Promising results from quasi-experimental studies have led to newly-funded randomized control trials of gender-transformative programs in the United States. Promundo is currently involved with two CDC-funded evaluations of adaptations of Program H. One study is being implemented in Pittsburgh, PA, with a focus on sexual assault prevention with young men, and the other study will focus on teen pregnancy prevention with young men in juvenile justice settings in Houston, TX.

Workshops with small groups of individuals in a community can be very powerful, but they are often limited in creating large scale social change. Once a workshop ends, participants return to a patriarchal society where change is not supported. To address this, many transformative programs with men are beginning to recognize the need to embrace an ecological model that addresses multi-faceted aspects of an environment to effect personal and social change. This includes mobilizing communities, supporting local institutions such as schools, non-profit organizations, sports teams, and religious bodies to implement this work, working with media partners to conduct large-scale campaigns, and supporting government structures to develop supportive policies and legislation. I believe such ambitious endeavors will ultimately help support a world that is good for women, and that will create a world that is good for everyone.

Andrew Levack, M.P.H. is a leading expert on prevention efforts that target men and boys. He serves as a program officer for the St. David’s Foundation—a funder dedicated to addressing public health in Austin and Central Texas. Before joining the St. David’s Foundation, Levack worked for Promundo as the Deputy Director of U.S. Programs where he helped create, implement, and evaluate interventions with men and boys to promote gender equality, end gender-based violence, celebrate fatherhood, and ensure positive reproductive health outcomes. He also worked for EngenderHealth as the Director of U.S. Programs and the Director of the Global Men As Partners Program. Levack is a member of the Wellesley Centers for Women Council of Advisors.