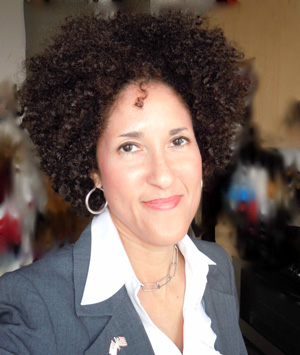 From 2003 to the present, Maparyan served at Georgia State University as associate professor in the Women’s Studies Institute (WSI) and associated faculty of the Department of African American Studies. At Georgia State, she has been graduate director of the WSI as well as a University senator. Previously, Maparyan had served as an assistant professor in the Department of Psychology and the Institute for African-American Studies at the University of Georgia, where she was founding co-director of the Womanist Studies Consortium. Her civic engagement includes coordinating the National Center for Civil and Human Rights’ Women’s Initiative in Atlanta. Maparyan will hold a faculty appointment in Wellesley College’s Department of Africana Studies.

Womanism is a social change perspective that focuses on what everyday women from around the world can contribute to global dialogues about social and environmental problems. It is historically rooted in the cultural perspectives of women of color, particularly Africana women, and integrates social, ecological, and spiritual dimensions into the change process, with the goal of creating wellbeing for families and communities. Maparyan's work focuses on the global applicability of the womanist perspective, encompassing people of all genders and backgrounds.

"Work at the Wellesley Centers for Women builds on the belief that when the world is good for women and girls, it will be good for everyone,” says Sylvia Ferrell-Jones, president and chief executive officer of the YWCA Boston and also a member of the WCW Board of Overseers and Search Committee. "With equal rights, women's status, leadership parity, and accessible, quality education and child care still challenged in the U.S. and abroad, a commitment to research and action for women has never been more needed."

“This is an exciting time for the Wellesley Centers for Women and Wellesley College,” said Ellen Gill Miller, interim chair of the WCW Board of Overseers and co-chair of the Search Committee. “The exhaustive search process that we undertook reflects on the extraordinary combination of personal and intellectual qualities that Dr. Maparyan brings to this position. She is an inspiring thought leader whose scholar-activist vision will contribute tremendously to the Centers’ mission and expertise.”

“For almost four decades, the Wellesley Centers for Women has made vital contributions to Wellesley's historic mission as an advocate for women's education, women's perspectives, and women's leadership,” noted Andrew Shennan, provost and dean of the College. “Under Layli Maparyan's direction, and building on the remarkable legacy of former director Susan McGee Bailey, WCW is poised to extend the reach and influence of its own work in exciting directions, and thereby to amplify Wellesley College's voice in the world.”

About the Wellesley Centers for Women
Since 1974, scholars at the Wellesley Centers for Women (WCW) have conducted research and action projects that inform public policy and shape opinion. At the heart of the Centers’ work is the intersection of gender, race, social class, and sexuality—core foundations for future directions. Work at the Centers focuses on three major areas: the social and economic status of women and girls and the advancement of human rights; the education, care, and development of children and youth; and the emotional wellbeing of families and individuals. With more than 70 staff members and an annual budget of $7 million, the WCW encompasses a wide range of research and action projects.

Work at WCW has been groundbreaking. Research undertaken on peer sexual harassment in schools, child care for younger and school-aged children, equitable education, and women’s representation on corporate boards raised public consciousness and continues to inform policy and practices. Scholars at the Centers have examined complex issues of gender, racial/ethnic, and sexual identity across the life course and social-emotional wellbeing. Relational-Cultural Theory, developed at WCW, changed counseling and psychotherapy practices as well as public understanding of factors contributing to psychological health. Some of the Centers’ newest initiatives promote women’s social, legal, and economic status, including advancing women’s human rights in Asia and the Arab world. The Centers is also home to Women’s Review of Books, the leading feminist review for writing by and about women, which has been published since 1983.

About Wellesley College Since 1875, Wellesley College has been a leader in providing an excellent liberal arts education for women who will make a difference in the world. Its 500-acre campus near Boston is home to 2,400 undergraduate students from all 50 states and 75 countries.