Progress for Girls in Colombia 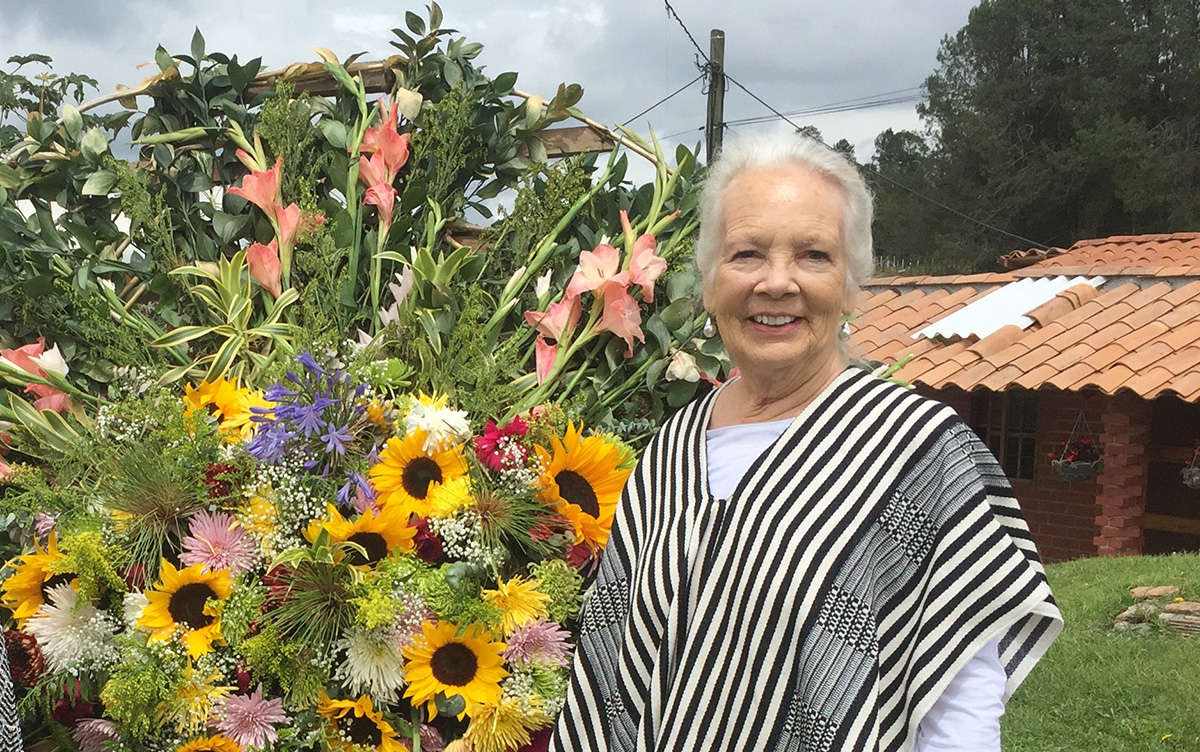 Close to half a century has passed since I lived in Bogota, Colombia. In the early 1970s my husband, Jerry, and I had conducted research for our dissertations in there. Jerry’s work explored training pharmacists to provide birth control pills to women in countries where medical prescriptions were not required. My data collection focused on eight-, ten-, and 12-year-old students from different social strata. I was particularly interested in gender differences in their views of citizenship.

After completing our doctoral requirements back in Ann Arbor at the University of Michigan, our plan had been to live wherever I found a job. I wanted to work on issues related to women’s equality. But it was 1972. It was frowned upon for mothers with young children to work outside the home. I found nothing. My faculty advisors were of no help and uniform in their responses: “Susan, you have a child. Once you and Jerry are settled somewhere you can find a part-time position.”

Jerry was offered his dream job working on family planning with the Population Council in their Bogota office. We returned to Colombia with two-year-old Amy.

Again I searched for work without success. Inspired by Robin Morgan’s 1970 classic, Sisterhood is Powerful, I started a consciousness-raising group. Eventually I accepted a two-year postdoctoral fellowship from John’s Hopkins School of Public Health for work in Cali, Colombia. The project focused on developing sex education materials for junior high-aged students. Discussions in the consciousness-raising group on sexuality and women’s roles had reinforced my sense that women needed to be in charge of our own bodies if we were ever to achieve equality. And sex education was key. All students deserved clear information about the physical and emotional aspects of puberty, sexual relationships, and family life. 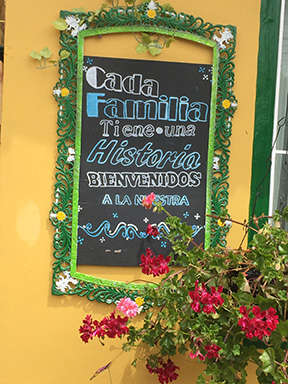 But as much as I believed in my work and as much as I loved Colombia—the food, the people, the mountains, majestic and ever changing as clouds and sun played hide and seek—I realized Amy’s physical and developmental challenges required medical care and educational programs unavailable in Colombia. Amy and I left. I was unsure if I would ever return.

This past January I returned for the first time since leaving for the U.S. in 1974 with my daughter, Amy, but without her father. That 1974 journey eventually led me to Wellesley and the Center for Research on Women* a decade later.

Boarding the flight for Colombia in Boston last month, armed with the positive data that 94 percent of girls now complete lower secondary school, and 43 percent of women are in the paid labor force, I wasn’t sure what to expect. Perhaps I’d feel like a modern day Rip Van Winkle—and in many ways I did. Some changes disappointed me—the pollution and urban sprawl in Bogota, the modernization of smaller cities that robbed them of some of their original charm—but others, particularly those related to girls and women, were encouraging.

The small group I traveled with met the first morning for a tour of Bogota. The day started on a happy n 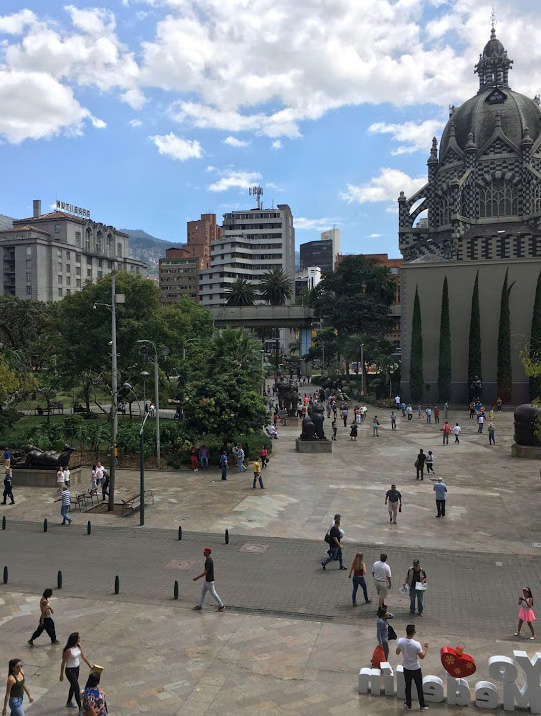 ote for me. One of the bits of information our guide mentioned as we passed a large public school was that schools were now required to teach sex education to students starting in the early grades. Recalling the opposition our sex education project had encountered years before, I asked if the requirement was enforced or merely a regulation on the books. He smiled. “Well, Senora, I can’t speak for the entire country, but certainly in the big cities and towns it is a regular part of the educational program. The law was passed in 1994.”

Everywhere I turned there were new highways, parks, and museums. Among all the positive changes, the most impressive for me was Medellin, Colombia’s second largest city and the hub of the drug trade in the 1980s and early 1990s. Time magazine had labeled Medellin the most dangerous city in the world in 1988. Fifteen years later, in 2013, The Wall Street Journal dubbed it the world’s most innovative city. 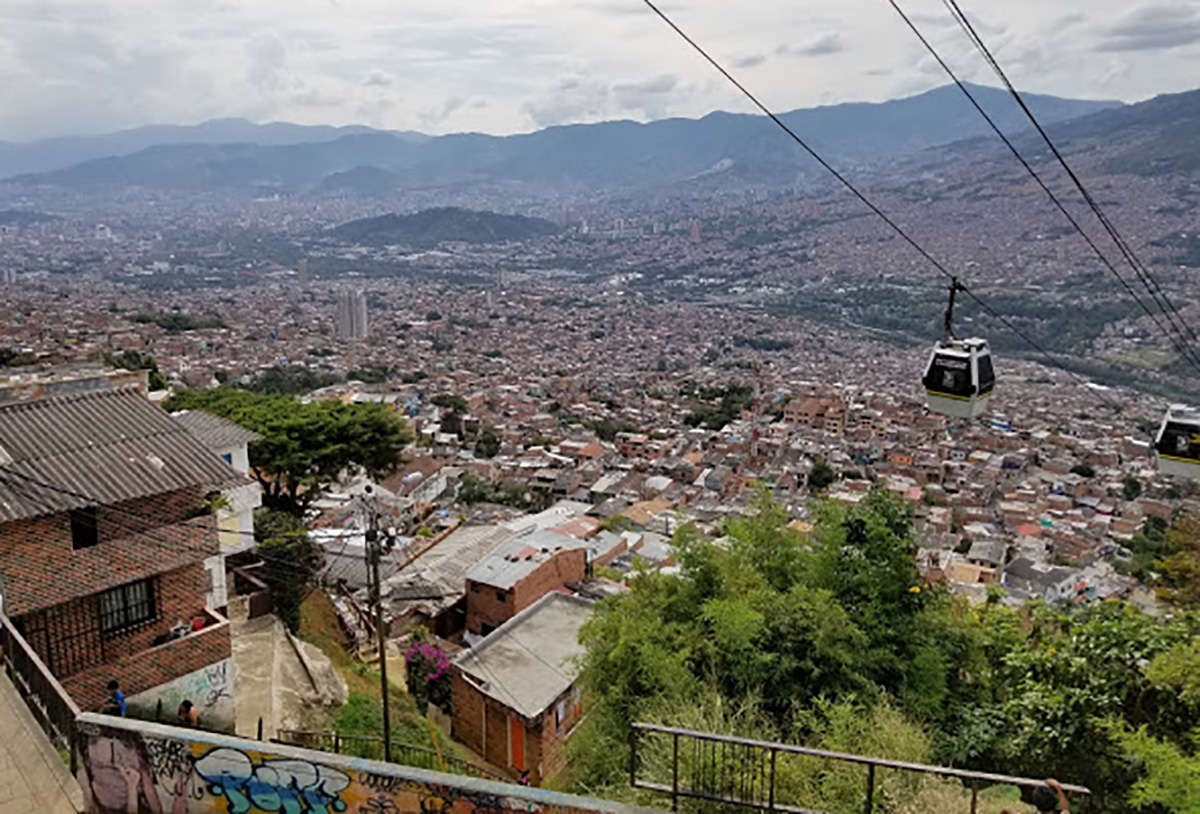 A spectacular cable car/tram system completed in 2010 transports people from the very top of the mountains to the city center. Purposely built to travel through some of the poorer barrios, the system has transformed them from unsavory and dangerous to typical lower middle class neighborhoods. Riders who cannot afford a ticket are asked to bring plastic bags and bottles to recycle in lieu of the fare.

Our group hopped off the tram in the Santo Domingo barrio on our way down the mountain. As we stood at a small plaza taking photos of the city, five girls in their school uniforms walked up, giggling and staring. Our guide talked with them briefly. They wanted to know where we were from. When I replied in Spanish they giggled even harder. The guide asked about their school, their ages, and what they thought they might do when they finished their studies. Their answers were immediate and self-assured: “I’m going to be a doctor!” “Yes, she is, but I’m going to be a surgeon.” 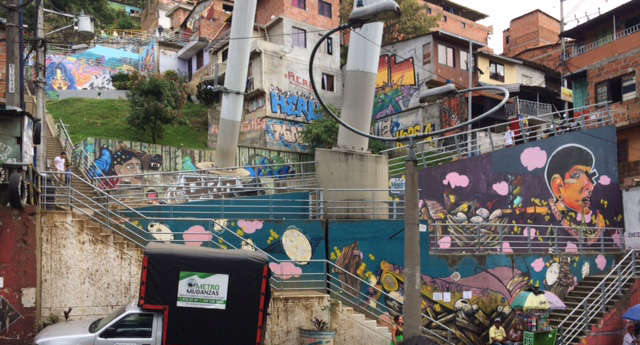 all interested in medicine,” we asked. “No, I’m going to study psychology,” another replied.

The next girl laughed. “Well, I’m going to be a model!” And pointing to the last girl, she added, “She is still thinking, there are lots of things to do, you know!”

After more small talk and much laughter, they left to walk home, but not before pointing out their public school—a large, new-looking building with a playground crowded with soccer games and cheering onlookers. I was near tears as I thought back to the conditions of many of the schools where I had interviewed students decades ago. Then, most girls, unlike the boys, had been shy and uncertain. These eleven- and 12-year-old girls sparkled with self-assurance. Their exuberance was contagious and inspiring.

I returned home more hopeful about the world than I‘ve felt in many months: Sex education in the schools, young women participating in far greater numbers in education and confident in their opportunities, a greater focus on women in the workforce. Struggles remain—e.g., gender violence continues, the situation of Venezuelans seeking refuge in Colombia poses new challenges—but persistence matters. Progress is often slow, but it does happen.

Susan McGee Bailey, Ph.D., directed the Wellesley Centers for Women from 1985 to 2011. She is currently completing a memoir, Are We There Yet: The Education of a Feminist. The book weaves 50 years of social change and feminist history with the collision of theory and practice she encountered as a single mother determined to shape a career fighting for equal rights while caring for her physically and developmentally challenged daughter.

* Wellesley College founded the Center for Research on Women in 1974 and the Stone Center for Developmental Services and Studies in 1981. The two centers came together in 1995 to form a single organization—the Wellesley Centers for Women.