Q&A with Jennifer Baumgardner, Editor in Chief of the Women’s Review of Books

WCW and Old City Publishing named feminist writer and activist Jennifer Baumgardner as the new editor in chief of Women's Review of Books. She will be its third editor, after Amy Hoffman and WRB founder Linda Gardiner. Baumgardner was most recently the executive director of the Feminist Press -- the longest running women’s publisher in the world -- and is the founder of Dottir Press, a new feminist publisher that will launch with the fall 2018 season. She's been an editor at Ms. magazine, a writer for venues such as The Nation, Glamour, and The New York Times, and is the author of six books.

To get to know her a bit better, Sitara Zoberi '19, a Wellesley College student and communications assistant at WCW, did a Q&A Baumgardner. 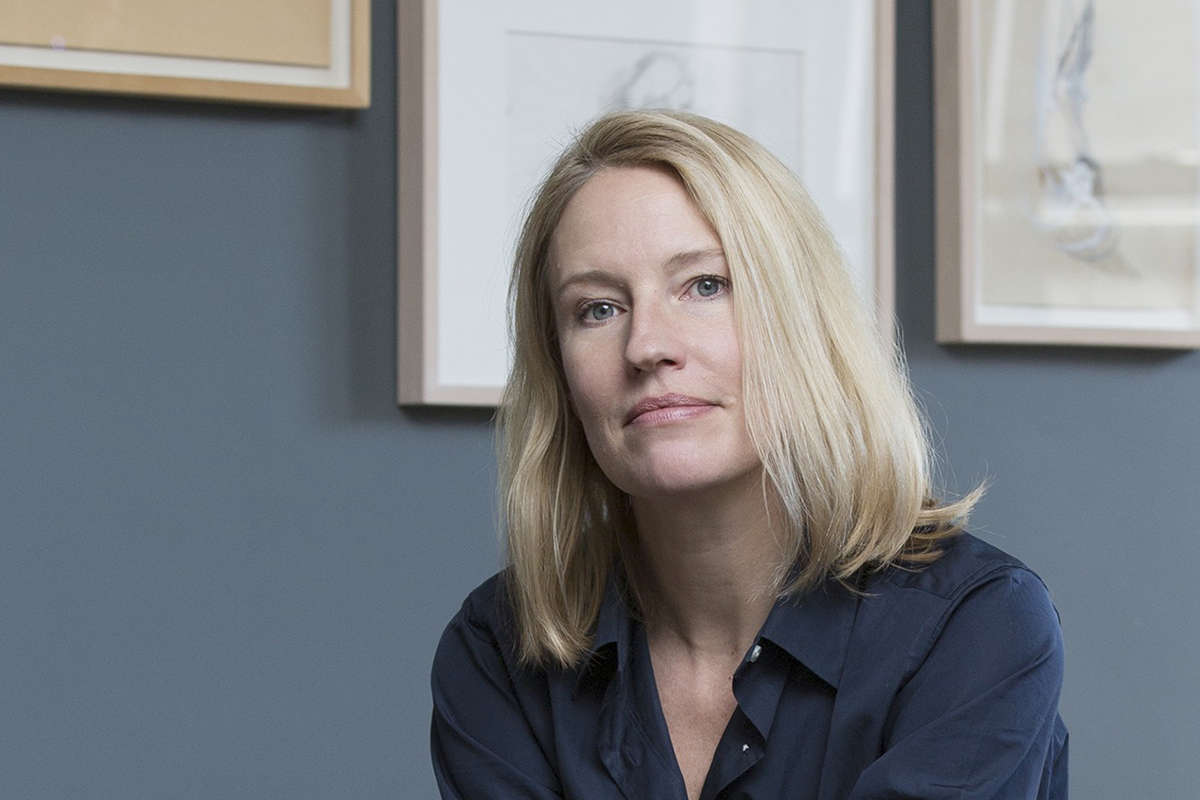 SZ: Why Women’s Review of Books? What is the point of writing about women’s writing?

JB: The original urgency animating the Women’s Review of Books is that in the 1970s and 1980s, more and more women were writing significant books and working as writers and critics. But the major book reviews rarely, if ever, reviewed women and rarely hired women reviewers. Concurrently, feminists were carving out a niche where they could focus on work “by, for, and about” women, to correct the culture as well as the historical record, which focused mainly on white men. WRB, Olivia Records, Feminist Press, the feminist bookstore movement, Ms. magazine, women’s studies, the women’s music movement, Off Our Backs, On Our Backs -- these were all outgrowths of this “second wave” era and its energy. WRB, founded in 1983, specifically created a platform that took seriously women’s scholarship and writing.

Now, 35 years later, things have changed in lots of positive and negative ways. You don’t have to look to a feminist periodical in order to see writing by women or by feminists, but feminist institutions still magnetize feminist energy and often see and value work that has yet to penetrate the mainstream. Additionally, there is still a gender gap when it comes to reviewing and supporting work by women, as the VIDA count makes clear each year. While women’s and feminist voices are no longer marginalized categorically, there is still a margin that only feminist entities tend to value. The Women’s Review of Books is proudly part of amplifying that margin as well as participating in more mainstream culture conversations provoked by books.

Finally, because WRB is an institution of feminism, many amazing writers feel an investment in it and want to be part of its present and future, which is very exciting for me. There is authenticity and history in its pages, which is very valuable.

JB: When Amy Richards and I wrote our first book together (Manifesta, 2000), the term third wave was barely in use, so we had a lot of space to define it within that book -- which was convenient! To me, third wave refers to the feminists who grew up in the wake of the changes wrought by the second wave (1960s and 1970s era feminists). We grew up with feminism -- Title IX, legalized abortion, new terms such as date rape and battered women’s syndrome, and critiques of beauty culture. Our childhoods were markedly different than our mothers' had been, and thus we had the opportunity to enact the values they had articulated, to step into the more “equal” society that they had dreamt up. There were still all the old problems, but new expectations and experiences.

Third wave is also an approach: a feminism that focuses on creating culture as well as politics (riot grrrls), is portable (you bring your feminism with you where you go, vs. join a group to be a feminist), and acknowledges that the priority issue for a feminist can change with each person you ask.

SZ: Beyond being a writer and filmmaker, you are also an activist, a mother, a bisexual woman, and a third-wave feminist. How do your various unique perspectives influence your position as editor in chief of the Women’s Review of Books?

JB: Hopefully, my identities will support me having an open mind and good taste in order to curate an important piece of print media. My through-line is always that I’m drawn to common but silenced experiences and that I love the interplay between different generations. I think my identities that will be most brought to bear on editing the Women’s Review of Books are those of editor, feminist publisher, author, journalist, and frequent guest of Women’s and Gender Studies programs. I have had an eclectic career, but each frond intersects with the mission of WRB. 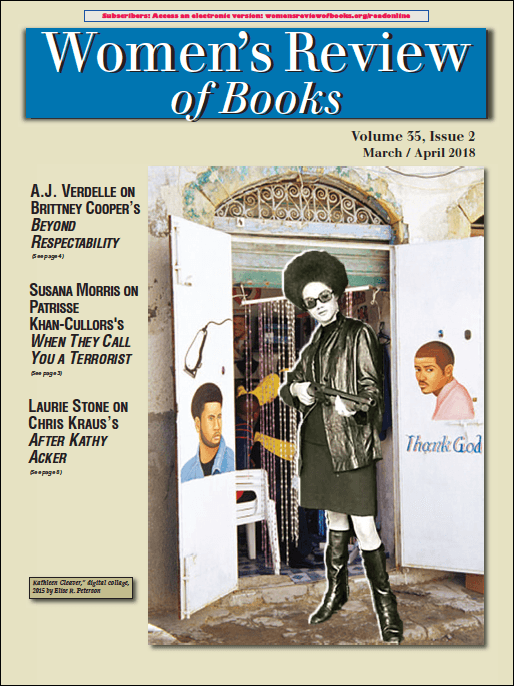 SZ: Your books and documentaries have explored a variety of topics related to feminism, including rape, abortion, and bisexuality. What role has reading and literature played in your understanding in any or all of these topics?

JB: Books were my best friends when I was a kid growing up in Fargo, North Dakota. I loved losing myself in those worlds and I still believe that books have a unique power to promote empathy, understanding, and real transformation. Case in point, I have always worked on abortion rights (literally since I was a kid) but I’d never thought about women who couldn’t get abortions pre-Roe and were coerced into surrendering their babies until I read Ann Fessler’s bookThe Girls Who Went Away in 2006. It enabled my understanding of the importance of full-spectrum reproductive justice and made me a better activist and person. I still give that book to people all the time. You should read it, if you haven’t.

SZ: Can you talk about the direction you chose for the March/April issue of the Women’s Review of Books? What made you choose the theme you did, and how was the process of editing the publication for the first time?

JB: You know, I was lucky that Amy Hoffman, my predecessor, was so industrious—most of March/April was assigned and edited by her before I was hired!

I did add a few reviews: Jessica Jernigan on Stray City and We Were Witches and Susana Morris on When They Call You a Terrorist. I also chose the cover art by the extraordinary Elise R. Peterson, with whom I work in my other life as the publisher of Dottir, an independent press in New York City. I wanted the theme to resonate both for women’s history month (March) and the fact that there is a really activist feminist movement happening right now. For May/June, you will see more of my fingerprints on the books and reviewers chosen.

The only real change I’ve made thus far is to assign reviews to coincide with the month the books are published as opposed to reviewing books that have already been out for quite a while. I want our reviews to harmonize or disrupt the conversation a book is eliciting, and that conversation tends to happen right when the book is launched. Reviews when a book is just out are also more helpful for the book’s author and publisher -- and book sales! -- all of which are important considerations. 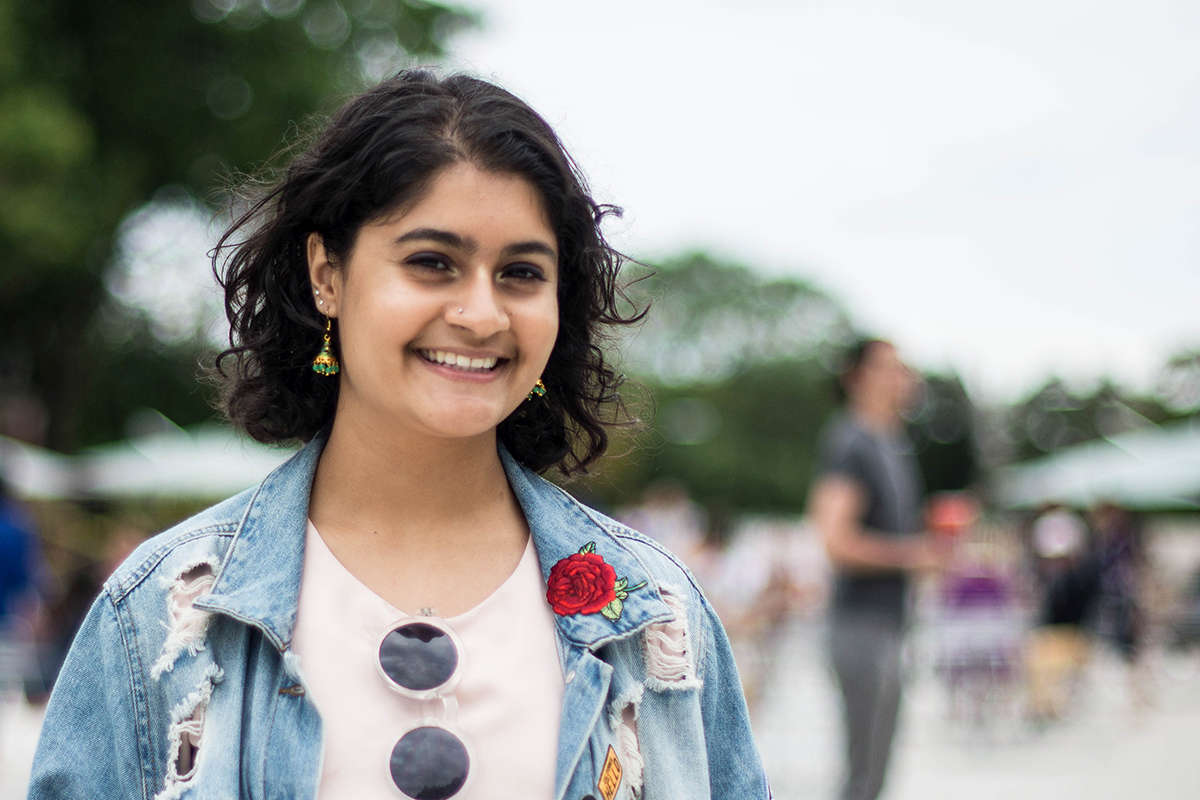 Sitara Zoberi is a member of the Class of 2019 at Wellesley College majoring in South Asia Studies and minoring in Women’s & Gender Studies. She has worked in the communications office at the Wellesley Centers for Women since her first year. Sitara is also a member of Café Hoop, a student-run cooperative, and Al-Muslimat, the Muslim student organization at Wellesley College.