Uncovering Links Between Childhood Abuse and Delinquency in Girls

According to National estimates, every year more than 700,000 adolescent girls are arrested and brought into the juvenile-justice system. In fact, today, adolescent girls comprise about 28% of all juvenile arrests. Have girls become increasingly more violent in recent years? Is the violent behavior of girls different from that of boys? Do girls need different criminal-justice-system responses to help them cope with the problems they face? And, since many of these girls have experienced abuse in childhood, is there a link between childhood abuse and adolescent delinquency?

Linda Williams and Veronica Herrera, both researchers at WCW’s Stone Center, address such questions in their ongoing research on pathways to delinquency. They find strong evidence to suggest a link between childhood abuse and juvenile delinquency. “It is important to note, however, that the majority of the victims of childhood abuse do not go on to lives of crime and delinquency,” says Williams, who has been working for over 30 years in the field of child abuse and family violence. “On the other hand, we do find that up to 73% of the girls that are brought to the juvenile-justice system report childhood physical and/or sexual abuse.”

Williams and Herrera’s research has focused on the impact of exposure to family violence over the lifetime, with specific emphasis on how such violence affects the lives of girls and women. Williams and Herrera have worked separately and collaboratively on several longitudinal research projects in which participants have been followed and interviewed at
intervals over the course of five, ten, and, in some cases, 30 years. “We take a life-course perspective in our research,” says Herrera, “meaning that we want to understand how the experience of physical and sexual abuse in childhood affects behaviors such as delinquency or other outcomes such as depression in adolescence and adulthood.” They follow families with histories of violence and families without such histories and compare the differences and similarities between these groups. Their research reveals that a history of childhood abuse is
correlated with teenage delinquency, alcohol and drug abuse, and other social problems, especially in adolescent girls.

“Adolescence is one of the most crucial periods in the lives of girls, and problems of childhood often intensify as the challenges of adolescence are encountered,” says Williams. “Although researchers and practitioners devote a lot of attention to very young children who experience physical and/or sexual abuse, little attention is paid to these girls in adolescence. Their experience of child abuse has faded into the past and our attention is drawn to their ‘bad behaviors.’” Resilient behaviors and strengths are overlooked and behaviors labeled as disruptive and violent get society’s attention. Once the girls reach the
juvenile-justice system, the roots of their behaviors are forgotten or ignored.

Herrera suggests that, while the published literature on victimization often focuses on girls’ inward reactions to abuse, such as depression, there is mounting evidence that many victimized girls also display outward behaviors such as aggression and delinquency. Some argue that the strategies girls adopt in order to cope with and survive their abuse represent a key link between childhood victimization and female delinquency. For example, girls frequently come into contact with the juvenilejustice system when they run away from home. Many of these girls are fleeing profound victimization, yet get drawn into a system that labels their escape as delinquent.

“Much of girls’ violent offending can also be described as acts of rebellion against their victimizers,” says Herrera. The targets of violent offenses for which girls are arrested are often people with whom they have close relationships. Examinations of girls’ assault charges find that most are a result of nonserious, mutual combat situations with parents in which the aggression, in many cases, was initiated by the adults.
“ We feel that the girls are being victimized twice, first by the family and then by the judicial system,” says Williams.

Williams and Herrera are working together to develop a research agenda that will help untangle the complex pathways that lead to girls’ delinquency. In addition to their ongoing longitudinal studies, they plan to seek funding for research that will document the untold stories of girls in the criminal-justice system. “We want our research to be instrumental in bringing to light the mechanisms that place girls at risk for delinquency,” says Herrera. She continues, “Even more importantly, we want our work to contribute to policy changes that will result in
appropriate treatment of the girls who end up in the juvenile-justice
system.” 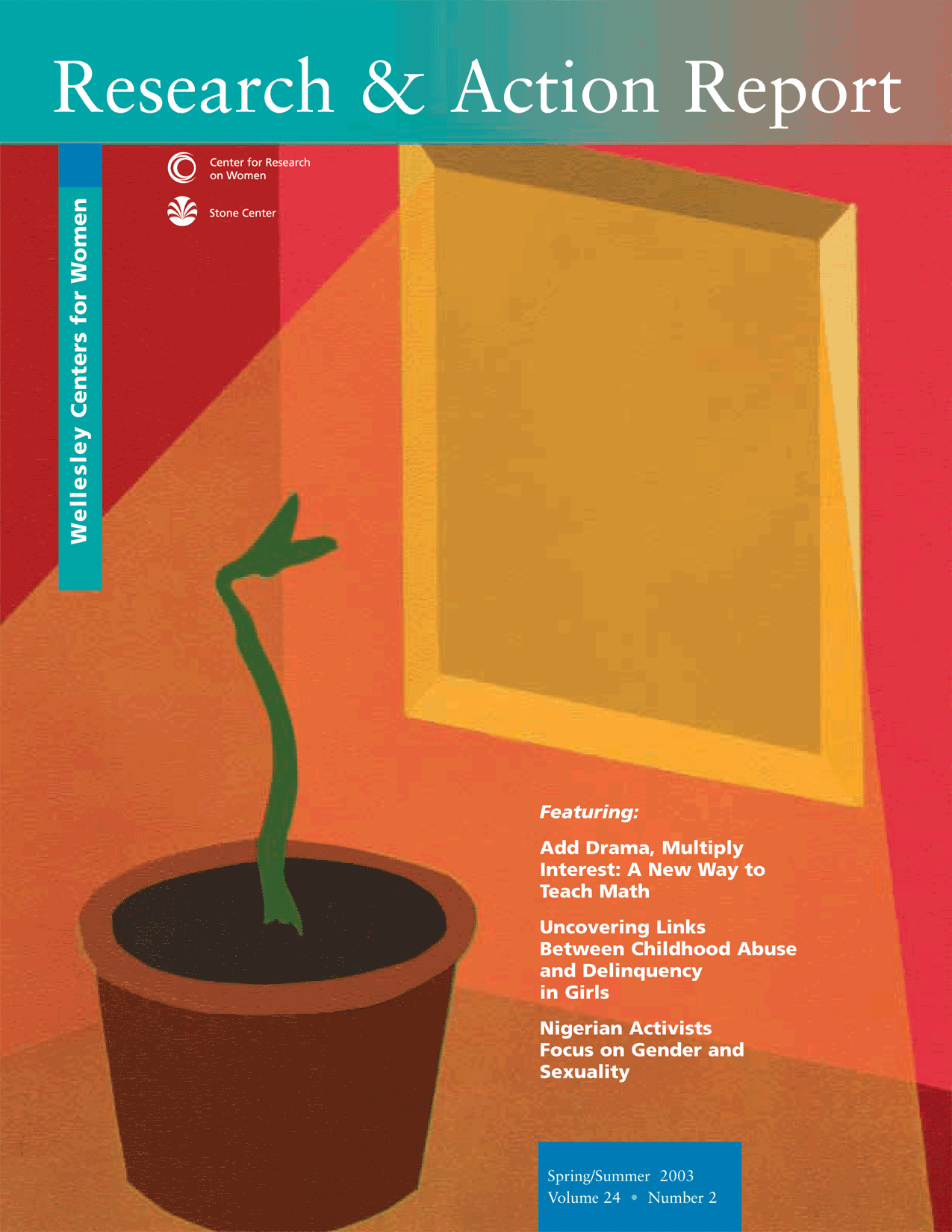