FairGameNews: Seeking Gender Equality on and Off the Field

Starting a blog is a little like trying to find a seat at your favorite coffee shop during primetime. It is where people are at, but if you drape your sweater over a chair, will anyone notice that you’ve claimed this ground? If you post, will anyone read (besides the friends you’ve begged)? Will anyone care?

The blogosphere is a crowded place. There is lots of junk and jazz and navel-gazing. This doesn’t mean, however, that a blog can’t be a powerful vehicle for sharing ideas and information—and spurring thoughtful debate.

The idea behind FairGameNews.com was simple, but clear: create a blog about gender equity and sports that recognizes the role of athletics in social, political, and economic justice. “This electronic turf is dedicated to seeking gender equity on—and off—the field,” we wrote right at the top of the “about” page.

And from the start, the blog was linked to the Sports Leadership Project at the Wellesley Centers for Women (WCW). One goal was, of course, to use the site to build a network of bloggers, contributors, and readers who care about the connection between athletics and leadership. But as I am a writer-in-residence at WCW and a journalist who has contributed to national publications including The New York Times, another key goal of the blog is educational: It is tool for helping young women develop their journalistic voices, critical thinking skills, and, of course, to hone their writing — all while participating in the larger discussion about gender equity and sport.

What’s special about FairGameNews is that journalism matters. This is not a site for gossip or rumor or saying something you’re not sure is true — too frequent a practice on the Internet. While blogging really is different from traditional journalism — the tone is more conversational, the entries are shorter bites rather than long, reported and crafted pieces — it is essential that we do first-hand reporting and include links within our pieces that support our claims.

If we comment on a news story or happening, we include a link to that piece. If we are sharing a Q&A it means we have sat down with, spoken by phone with, or in some cases e-mailed with the person we are featuring. We also take advantage of the expertise of our bloggers. One regular, Lauren Taylor, is a three-time All-American college lacrosse player and assistant coach at Yale, who broke down the NCAA women’s tournament, including explanations of what to look for. Another popular blog post of hers made astute observations—picked up by others and passionately discussed—about how the women’s game looks increasingly like the men’s game.

So far, our approach to FairGameNews seems to be paying off—not in dollars (we don’t have advertising and the site is supported by donations as part of the Women’s Sports Leadership Project), but in traffic. When we first posted on March 10, 2009, with an entry titled “35 Years of Girls in Little League: Where are all the players?” we received a splash of initial attention—and 11 comments (OK, a few were from friends I had begged).

In the five months since, we have seen our visits grow steadily, requiring our web host to expand our capacity to accommodate the traffic. We have also become part of the Women Talk Sports Network, which aggregates related content and adds to our readership. Between July 22 and August 21 — not exactly a busy time — we had 1,153 page views with visitors reading each page for nearly two minutes. What’s more important, however, is that we are growing as a site that people link to, refer to, and look to as an informed source in their work and conversation (for example, someone forwarded me an e-mail blast from a university gender studies chair, urging all to “check out FairGameNews.com”).

A July 29 post headlined “Little League World Series TV: Baseball 36; Softball 3” discussed the gross imbalance in broadcasting between Little League Baseball and Little League Softball playoffs. Within hours, the head of the local organizing group for the Little League softball playoff described their efforts and challenges — and frustrations — but also said, “To the bigger issue: Thank you for speaking out.” Another reader shouted, “if this is not discrimination, what is?” In two weeks, the page recorded 539 visitors, and has been cited and discussed on other sites. Our goal: Raise awareness and spur thoughtful debate.

One of my favorite posts was written by Mackenzie Brown, the 12-year-old girl who threw the perfect game for her Bayone New Jersey Little League Team (and was invited by the Mets to throw out a first pitch at their new stadium, CitiField). Her post has inspired comments among other girls who play Little League. Many weeks after Mackenzie first posted, one girl commented:

hi,my name is kaelyn i also play in the little league baseball with all boys.your are so great and i know all girls shold look up to you. i konw it’s difficult trying to be as great or even better then most boys but you seem to be alot better. i myself usually play 2nd base. my twin brother is on my team.i have a story that happened in july at my all star game. my story is that i was in the all star game with my brother and other kids in my league and we were winnig for a while. then in the bottom of the ninth bases were loaded and it was 10-7 us i was playing right field and my coach called me to the mound to pitch. my heart was pounding. i’ve pitched befor but not for such a big game. i walked two guys then strock two to retire the inning with a score of 10-9 and we won. i ended up getting the game ball. some people tell me to switch to softball but its not the same.

Not all the comments on the blog are friendly, of course. When we posted a discussion related to the large gap in ticket prices between men’s and women’s college basketball (even controlling for differences in attendance, the gap shows gender bias), many super-charged and angry men wrote in. But the piece also spurred the NCAA blogsite, Double-a-Zone, to feature the debate, taking issue with the knee-jerk hostile comments to note that, “I think she’s criticizing a lack of vision among those of us who are charged with marketing and promoting college athletics — and we shouldn’t dismiss the point lightly.”

The content of the blog reflects the news and the interests of the bloggers with an eye toward reporting on people and stories that are compelling but may not get coverage on sports sites. For example, we did a Q&A with the first woman to coach a professional men’s baseball team and a female jockey who won three horse races in three states—in a single day. We aim to be “smart” but conversational and, at times, provocative, like the piece headlined “What Women’s Professional Soccer Can Learn from NASCAR,” which drew a comment from a manager of the Boston Breakers.

In the year ahead, we are looking to expand our readership and community. We would like to include regular blog contributions from a female physician with sports medicine experience, academic researchers who work on gender studies and/or politics, and women in leadership roles in business. We want to post new, interesting research—and we’d also like to develop a forum for young girls to share their experiences, concerns, and ideas. We would like to highlight women in non-traditional sports, including as football coaches and players.

It’s also time to talk more about gender and pay inequities — and to offer readers the data to further the conversation. In late August, Lauren Taylor and I had the privilege to sit down and interview Vivian Acosta and Linda Jean Carpenter, the two women who since 1977 have been gathering and sharing statistics around women’s participation in college sports, and in the college athletic leadership structure.

As we sat in their living room with a picture window looking out onto Lake Wickaboag in Central Massachusetts, it became clear that despite progress since the passage of Title IX in 1972, the quest for gender equity is far from complete. In some ways, they point out, the conversation is just heating up. I’m just happy that FairGameNews is around to help move the debate — and allow icons like Acosta and Carpenter to share the same Internet space as a 12-year old girl mustering all the gumption she has to pitch against the boys. 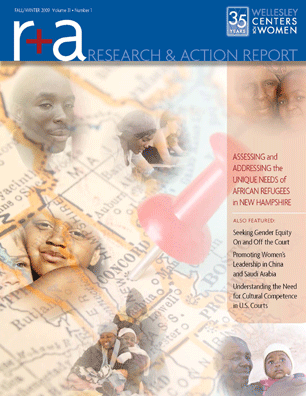