Funded by: Winds of Change Foundation

This project examined the experiences of women leaders in varying fields, in order to teach other women how to advance in similar ways and overcome barriers.

In 2000 The Winds of Change Foundation initiated a study of women leaders in collaboration with the Center for Research on Women at Wellesley College. Our project sought to learn from the experiences of women who are leaders by virtue of their accomplishments in their fields how other women can rise to top leadership positions.

Among the 60 eminent and prominent women interviewed were elected politicians; college presidents; independent authors and artists; university professors; leaders in industry, medicine, law, and other professions. Some wield social influence, contributing to and defining national debates on social, economic, political, and moral issues. Some are trailblazers and some are leaders in a more traditional sense, working as executives in business or nonprofit organizations. Among these women are a CEO of a successful women's sports franchise, a founder of a multimillion-dollar company, and a president of an international foundation.

The participants differed in race and ethnicity as well as social class background: 27% of the sample were women of color; 19% reported a working class background or limited economic means in their family of origin, while 5% described their family background as well-off. They represent several generations of women, ranging in age from their 30s to their 70s, at different points in their career and family formation. As such, they achieved prominence in different periods in the social history of this country's acceptance of women leaders. The variety in their backgrounds and the broad range of fields that they represent provide both breadth and depth to what we can learn from their experiences and perspectives.

Some of our findings confirmed what other researchers had observed, such as the institutional rather than individual roadblocks to women's success, the importance of tenacity and optimism in pursuing one's passion at work, and the increasing value placed on a democratic and people-oriented style of leadership. The identification of leadership skills and metaphors for leadership with "mothering" was an unexpected finding. These are our most important findings:

Overall, the interviewed leaders acknowledged that over time obstacles to women's leadership have diminished but have definitely not disappeared.

Many of the concerns that the leaders of color articulated derived from the historical, and to some extent, continuing exclusion of minorities from positions of power.

The leaders in this study achieved eminence by leading in a variety of ways, depending on the context of their work environments.

While it is not possible to talk about a singular female style of leadership, the majority of these leaders combined a strong focus on results with equal attention to the growth and development of the people surrounding them. Indeed, the descriptions of nearly every woman's leadership practice included elements of the democratic, people-oriented style.

Whether or not it is put into actual practice, the ascendancy of the democratic, people-oriented leadership practice forms the contemporary context of leadership today.

Throughout their careers, these women were tenacious and optimistic.

The strategy these leaders employed to gain visibility, hence credibility, for their work can be summarized as "know and value yourself and let others know."

Many of the leaders recognized and acknowledged a strong foundation of early support from family and friends, teachers, mentors, or business associates, which they parlayed into a successful focus on following their passions.

When talking about leadership practices, these leaders described themselves as one of two categories: adapters and resistors. The adapters indicated varying degrees of comfort with traditional words for leadership, such as "power," "success," and "leader" to describe their practices, while the resistors opposed using these traditional terms.

This last item is a key finding as it represents a radical departure from the early traditional advice for women aspiring to leadership to "become more like men." These leaders were secure enough in their roles that they could describe leadership using language from their life experiences as women, just as men often use military or sports metaphors to describe leadership.

Summary
Many of the traditional ways of talking and thinking about leadership can continue to mask the strengths women bring to their successful lives as leaders. The results of the study show that with or without early support these women had accomplished extraordinary achievements in their respective fields. Alongside improvements in women's employment conditions, the leaders' own tenacity and optimism have played an important role in their accomplishments.

The full report of this project, Inside Women's Power: Learning from Leaders, is now available from the WCW Publication Office. 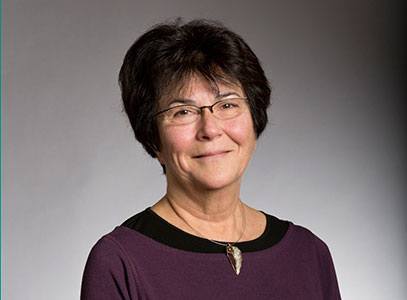 Widening the crack in the glass ceiling: women leaders in pediatrics