Begun in 1999, the Battered Mothers' Testimony Project is the current focus of WRN's work. This statewide project combines human rights fact-finding, qualitative research, advocacy, and community organizing to document and address the injustices inflicted on battered mothers and their children during family court child custody and visitation litigation.

To our knowledge, the Battered Mothers' Testimony Project is the first human rights initiative to address child custody and domestic violence issues.

The Need for the Battered Mothers' Testimony Project: The 1980's and 90's brought a giant leap forward in the ability of battered women to get to long-term safety. Improvements in law enforcement and public awareness, and the expansion of battered women's services, mean that a battered woman in the year 2003 has a far better chance than she did 20 years ago to protect her rights and regain control over her life. However, much of the progress has not reached the lives of battered women with children, especially where the batterer is the father. Millions of battered women with children find the path to safety and freedom extraordinarily difficult - or impossible - because of the continued ability of the batterer to control and intimidate them through their children, often through family court litigation.

Family courts frequently become an unwitting arm of the batterer, violating the human rights of battered mothers and their children in tragic ways. For example, battered mothers' and their children's human rights to freedom from violence and equal protection of the law are violated daily by courts that award batterers custody of the children or unsupervised visitation with them, even where there are outstanding allegations of child abuse. At the same time, battered mothers suffer a range of violations of their economic human rights by a court system that allows batterers to destroy them financially through years of costly litigation, and by a society in which systemic economic inequality between men and women denies many battered mothers access to the affordable, quality legal representation they need. This systemic mistreatment of battered women and their children has received little public attention relative to other intimate partner abuse issues, and is arguably the area in which the U.S. battered women's movement has made the least progress.

These issues dovetail with an overall bias against mothers in child custody and visitation litigation, documented by the Gender Bias Study commissioned by the Supreme Judicial Court of Massachusetts in 1989. The Gender Bias Study found that "mothers are held to a higher standard than fathers and that interests of fathers are given more weight than the interests of mothers and children." This finding directly contradicts the popular misconception that if gender bias does exist in child custody cases, it is in favor of mothers. Moreover, the Study found that "[s]hared legal custody is being ordered…even when there is a history of spouse abuse" and that "in determining custody and visitation, many judges and family service officers do not consider violence towards women relevant." Still, no serious steps have been taken by the Massachusetts court system to redress the serious bias revealed by the Gender Bias Study, even though it was the court's own commission that exposed the problem. It is our contention that these state practices - both actions and failure to act - violate the human rights of battered mothers and their children to bodily integrity, security of person, equal protection of the law, non-discrimination freedom from torture, an adequate standard of living, the highest attainable standard of physical and mental health, and other rights as guaranteed under international human rights law.

A project is urgently needed that can document to the public that such abuses are widespread rather than being isolated incidents, that can demonstrate the wide-ranging impacts of these abuses on the lives of women and children, and that can propose and organize to achieve the necessary remedies. Such a project is also needed to give voice to the women who have suffered these abuses, most of whom are isolated by trauma and exhaustion, and are silenced by the fear that the court will retaliate against them and their children if they publicize their experiences. Moreover, this kind of project should be able to serve as the vehicle for organizing grassroots opposition to current state practices towards battered mothers, and for countering the increasing success of right-wing fathers' rights groups, which focus largely on protecting fathers accused of domestic violence or sexual abuse.

About the Battered Mothers' Testimony Project: Begun in 1999, the Battered Mothers’ Testimony Project seeks to assess whether the Massachusetts family court system is acting in accordance with internationally accepted human rights standards and norms in selected cases and to identify and promote the changes necessary to ensure that the family courts meet their human rights obligations.

Broadly speaking, the Battered Mothers’ Testimony Project seeks to create a model for the successful application of the international human rights framework in the United States in ways that simultaneously strengthen the work of the global human rights movement.

The Battered Mothers' Testimony Project is led by a 6-person Steering Committee, a statewide team of 26 volunteer, community-based battered women's advocates, and a 16-person Advisory Board.
The project is a multi-year effort with four distinct stages:

Together, the above components of the Battered Mothers’ Testimony Project are designed to: 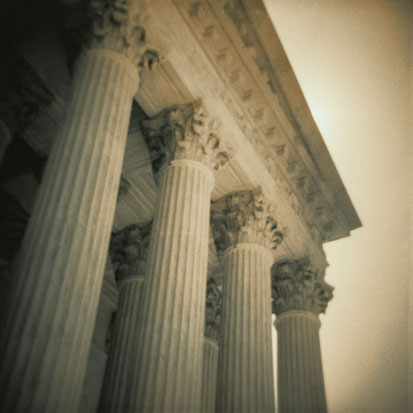 Boston Globe: State fumbled for answers while girl was in limbo

Rates At Which Batterers Get Custody in America (75%)