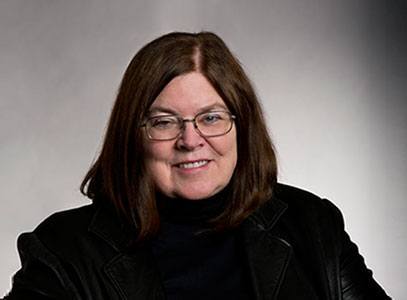 On October 30, 2017, the Joint Committee on Public Health and Massachusetts Caucus of Women Legislators held a public hearing on domestic violence as a public health issue. Senior Research Scientist Linda M. Williams, Ph.D., director of the Justice and Gender-Based Violence Research Initiative, offered a written testimony that highlighted the need to build or enhance community readiness to deal with domestic violence in all communities.

Download the written testimony of Dr. Williams as a PDF or read as text below:

I am a senior research scientist at the Wellesley Centers for Women (WCW), Wellesley College, and the director of the Justice and Gender-Based Violence Research (JGBVR) initiative. I have conducted research on domestic violence, violence against women, consequences and memory of sexual assault, commercial sexual exploitation of children, and sex offenders. While the focus of my current work is on justice system response to sexual violence and child sexual abuse, investigation and adjudication of campus sexual assault, and domestic sex trafficking of adolescents, my work has taken a public health perspective and has included funding by the Centers for Disease Control and Prevention. I also serve as professor emerita at the University of Massachusetts Lowell. I have authored several books and many scholarly publications and have lectured internationally on domestic violence, sexual assault, commercial sexual exploitation, trauma & memory, and researcher-practitioner collaborations. I have served as principal investigator on 17 U.S. federally funded research projects. I conduct longitudinal, multi-method and multi-site research including studies of the long-term consequences of domestic violence and child sexual assault; violence in military families; field based research on commercial sexual exploitation of runaway, homeless and prostituted teens; and research on the use of social marketing and in-person training programs to enhance bystander behaviors to prevent relationship violence on college campuses.

The work of JGBVR builds on the premise that research is a critical part of social change and that linking research, theory, and action will increase the impact on issues critical to women and girls – and improve the response to victims of domestic violence. Our work at JGBVR builds partnerships with community organizations, public health initiatives and organizations, the criminal justice system, governmental and non-governmental organizations, and professional and community-based organizations to improve response to domestic violence. We facilitate the participation of service providers and survivors in the interpretation of results and take responsibility for integrating findings into policy and planning next steps for research or practice.

Domestic violence is a major public health problem. Homicide, suicide, violence in families and communities, mental health and substance abuse problems, including much of the current opioid crisis are tied to domestic violence, sexual assault and child maltreatment.

Because of the widespread incidence and prevalence and the linkages of domestic violence to challenges of physical health, mental health, substance abuse and child maltreatment, and the ties to poverty and employment difficulties, the issue impacts all members of the community. The key question is how we can best work together as a community to decrease the prevalence of domestic violence and increase the support to those who are directly impacted.

Recommendations from 20 years ago still apply today. In 1996, I participated on the National Research Council’s Panel on Research on Violence Against Women, which held hearings, gathered data, deliberated, and prepared a report, which published by the National Academy of Sciences Press. This report included the following recommendation: “The panel recommends that a minimum of three to four research centers be established within academic or other appropriate settings to support the development of studies and training programs focused on violence against women, to provide mechanisms for collaborations between researchers and practitioners, and technical assistance for integrating research into service provision.” We recommended that these three to four centers be funded at approximately $1,000,000 each. In 1998, the CDC released an RFP seeking applicants to establish only one center funded at $600,000 per year. After we applied and were selected in a highly competitive peer review process, we were informed that only $541,000 was available for the first year of funding. The $541,000 was divided between the Medical University of South Carolina, the University of Missouri at St. Louis, and Wellesley College. While this may seem like a significant level of funding, it was scant resources given the dimensions of the problem. The major focus of our work at that time was to identify and overcome barriers to collaborations among researchers and practitioners, foster collaborative research, and disseminate the best information available on prevention of violence against women. Our work included the development of a website designed to offer clear and concise research accessible to anyone; focus groups and workshops for researchers and practitioners; training of postdoctoral fellows; and additional activities designed to identify “best practices” in prevention of violence against women. This work was truncated and remains much needed at the state and national level. Granted, we need to go beyond the perpetual call for more funds to support this work, but the conceptualization of a center that would bring an interdisciplinary team of researchers and practitioners together to collaborate on prevention of domestic violence is still sound today and could be implemented in Massachusetts.

Successful collaborators make a commitment to conducting research in a setting that links activism and research. Such research highlights the importance of a “social change orientation” to research such that advocacy and scholarship work in collaboration rather than in separate spheres. Sound principles of scientific research, of course, must be followed. However, collaborators work together to choose the questions we ask and design research positioned to answer the most important questions. Collaborations between researchers and advocates improve findings that will have a better chance of actually providing valid information useful to prevent domestic violence.

Such work is best when it brings an ecological perspective to bear on our understanding of domestic violence and not only looks at development over the life course but also understands the complexities of the context in which the violence occurs. An ecological perspective suggests the need to examine how the etiology and impact of violence are influenced by different ecological levels—individual; family; resources and community; society. It is no simple task but to understand the prevention of domestic violence and response to this public health problem requires examination of the relationship among multiple variables over the life course and between individual, family, community and societal levels of influence.

Much of our work to date has focused on individual spheres of influence-- examining the individual impacts of domestic violence. Even research on the role of family factors has often conceptualized these factors in a way that is merely a recapitulation of individual variables and does not go beyond the individual level of analysis. That is, these analyses usually examine the static characteristics of the adults (abuse histories, drug and alcohol dependence, age, education) rather than the nature and quality of family relationships and the context that the family and the community provides.

We need to understand the community and its influence on domestic violence. As we look toward the future, we see changes in the distribution of the population and know this will have a dramatic impact on service provision in Massachusetts. In recent years, we have learned much more about domestic violence hidden in the suburbs and rural areas and affecting populations outside the large cities, those who were formerly “out of sight and out of mind.” Because there have been some trends for people to move from larger cities and regions, victim service networks are needed to cover larger geographical areas that have increases in population AND domestic violence. This is not to say that the large urban areas do not still require extensive networks of victims’ services, but rather to point out that other areas are in need of coordinated services.

Other shifts are critical -- Older persons (not just over 65 but the very old—in their 90s and older) are increasing in number and many who are left with no compassionate caregivers are vulnerable to domestic violence. In addition, some elderly are at even greater risk. There is evidence that suggests higher rates of financial exploitation and psychological mistreatment for elder African-Americans. Furthermore, clinical depression may also predict financial exploitation and psychological mistreatment.

In addition we have seen reported increased risk for victimization among second generation immigrants and although it is also of note that individual-level studies consistently report that immigrants are less likely to be involved in or to be institutionalized for criminal involvement than native-born individuals we must adapt services to meet the needs of these communities.

Complex forms of exploitation, whether against an aging population or a youthful homeless population requires expanded interagency partnerships, new strategies, and the participation of local, state, and federal law enforcement and criminal justice partners. Further development of programming designed to confront social norms that support domestic violence, violence against women and child maltreatment or sexual exploitation is needed as is the development of social networks for survival including positive uses of the internet for outreach and services and social networking for positive change. We must increase community awareness so more community members can provide support and pro-social responses to domestic violence. Finally, we need to focus on developing ways to use electronic media and social networking to reach those impacted by domestic violence and supportive community members. In some areas, advances in technology and the increasingly widespread use of technologies, electronic telecommunications, and social media have provided new opportunities and challenges for the field of victim services.