Won't You Be My Neighbor? By Kait Heacock 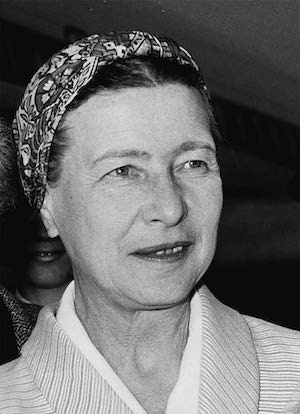 Minimalist by nature, I am nonetheless uneasy each December, filled with dread about what I don’t have—the traditions I lack, the carols I can’t sing by heart, the merry memories I can’t access. I was raised with the remnants of a religion, one that separated me from the holiday world. My parents were once Jehovah’s Witnesses, and they believed the only way to interact with the world was by evangelizing to it. By the time I was born, they were more or less out of the church—done attending meetings, at least, if not entirely free from the shame many Witnesses feel for any desire to play sports, vote, or celebrate holidays. To appease his still-religious family, my father decided we wouldn’t celebrate holidays, which meant no costumes on Halloween, no Valentines to hand out to my classmates, no Easter basket or letter to Santa. The first time I decorated a Christmas tree was at my older sister’s apartment in 1999. I picked up a box of ornaments and burst into tears.

Jehovah’s Witnesses are the butt of jokes, the weird kids in school whose religion forbids them from saying the pledge of allegiance. Being an outsider turned me into an observer and a seeker. It also made me want to better understand people and how to connect to them. But it is difficult to find your way to community if you’ve been raised to be an outsider. So, in the fall of 2020, I signed up for a course on existentialism, having had an underwhelming introduction to philosophy as an undergrad and a pandemic-induced desire to find more meaning in life. In class, we read philosophers Kierkegaard and Sartre, but none challenged me the way Simone de Beauvoir did.

When Beauvoir wrote “Pyrrhus and Cineas,” her first essay, World War II had just shown how intrinsically, at times horrifically, our fates are linked—a vision of global interdependency made even more relevant by today’s pandemic and environmental chaos. She wrote her essay in response to Voltaire’s assertion that we should tend to our own gardens instead of making ourselves miserable in search of deeper meaning. Beauvoir asked readers to consider what those gardens actually are—our relationships—and how we want to cultivate them. She challenged me to ask myself: Do I want to close myself off to the world with its holidays and rituals like some of my relatives still do, or to look beyond the confines of my experiences to connect with others?

Beauvoir teaches that the meaning of life is to create meaning through our acts and connections. If I had taken this class before the pandemic, while still in my (angry) atheist phase, I would have seen myself in Nietzschean nihilism: Believing that there is no God, it’s hard to find meaning in the world save whatever we make ourselves. I am still that angry atheist, but now I believe that we do not make meaning alone, but relationally; we mean something when we mean something to others.

Digging through a box of old family photos during the winter of 2020, I encountered two black-and-white photos from my mother’s childhood. In one, she and her twin brother are babies tearing open gifts. The second is of a perfect 1950s Christmas tree drowning in tinfoil. I learned that my grandmother didn’t become a Jehovah’s Witness until my mom was seven, so my mom had the experience of having and losing holidays—and the normalcy that connects you to the world. I think often of her stolen childhood whenever I feel too pitiful about mine. Looking at the image of my mother as a joyful baby, open to the world, I wonder how her life would have looked if her mother had chosen a different path. Would my mother have been more outgoing? Would she have gone to college instead of marrying at nineteen? From wondering about her alternative timeline, it’s a short leap to pondering mine. Who would I be without the stifling messages about sex I grew up with? I still resent my parents for the choice they made to remain tethered to a deeply fraught religion. I resent my father for his arbitrary-seeming decision to hold onto some of the rules, but not all of them. It made for a confusing understanding of God, the afterlife, and my place in the world. I knew that as a nonbeliever I wouldn’t make it into the New System that Jehovah’s Witnesses believed was waiting for them. But neither was I comfortable in the world I so desperately wanted to join. How do you unlearn the lessons of your childhood? Beauvoir suggests it is by learning new ways to be in the world.

My partner and I are lucky for the home we have, tucked away on a tree-lined residential street, a Capitol Hill apartment building that once housed the workers who built the Space Needle. We’ve made friends with half of the people in the six-unit building and have regular dinners and pet-sit for each other. We even provided emergency showers when the plumbing broke in two of the apartments. I’ve never lived in a community as tight and nurturing as this. In “The Ethics of Ambiguity,” Beauvoir argues that people bestow meaning upon each other. We begin as “subjectivity that realizes itself only as a presence in the world,” but we do not stop at the Cartesian viewpoint of self. Humans are not inanimate objects passively receiving meaning. A person can put meaning onto a childhood toy or a photograph, but those objects do not in turn grant us meaning. Nor is there a Jehovah or higher power to redeem us and give our lives meaning. As Beauvoir notes, people “bear the responsibility for a world which is not the work of a strange power.”

It is terribly sad to realize the ambivalence of the universe. The human condition is to know that we mortals live in an indifferent universe that and we are all going to die. Despite, and because of that, we search for meaning: Why are we here? What do we do with these lives we’ve been given? This is where Beauvoir’s philosophy takes an actionable turn: A human’s responsibility is to “make it important to be a human.” One can be a subject alone, but one cannot be an object without others. In community, we are each subject and object at the same time, but this seemingly incongruent existence is only possible because “the human can find a justification of their own existence only in the existence of other humans.” We are not born attached to the world or anything in it. We form attachments as we find each other and add value to each other’s lives. Beauvoir advises against remaining unattached: “If I myself were only a thing, nothing indeed would concern me. If I withdraw into myself, the other is also closed for me. The inert existence of things is separation and solitude.”

“Often during hardship, one thus denies all one’s attachments,” Beauvoir wrote. I knew that Christmas 2020 was going to be subpar no matter what, but because my partner felt more comfortable traveling during the holidays than me, we ended up apart. I was a Christmas orphan. This could have been isolating and depressing, but then my neighbor Anna suggested we eat Christmas Eve dinner together. I had been guilty of pushing people away during past tragedies, but during the holidays, especially during the pandemic, I wanted nothing more than to feel attached. Four of us stragglers came together for Christmas Eve dinner, bundled up to eat on the walkway in front of our building. Anna, who was desperate to visit her widower father in Minneapolis, turned her pandemic-induced anxiety into baking. A Christmas fanatic—the only one in our building with a tree and a wreath on her door—Anna took charge of planning the menu and organized when the four of us would gather. We had dinner on the early side to catch a bit of waning blue light. We were lucky to not have rain. It was Seattle. We bundled up in thick coats and gloves, except for David, my neighbor from Texas, who wore shorts even in the winter. We toasted to each other and to finding community during a time of extreme isolation.

Jehovah’s Witnesses see other people as evil or worldly and must avoid them at all costs, unless when witnessing and trying to save them. Beauvoir, on the other hand, believed that because there is no God, our responsibility to each other is even greater. “Thus our relationship with the world is not decided from the onset; it is we who decide,” she wrote. We may be shaped by others’ choices and scarred from our childhood traumas, but we also have the personal freedom to choose how we want to live in this world. If we live for a future paradise, a New System, we evade our present reality—and ignore our finiteness. Groping my way through the pandemic’s darkness, my best moments came when I reached for other hands to hold, someone to keep me steady. No, our bodies will not last forever, but the legacies we leave and the connections we build do outlive us. Our finite lives transcend into the infinite when we join in communion with our fellow persons. At the end of Christmas dinner, I gave each of my neighbors a book and a bookmark upon which I inscribed the Beauvoir line they made real for me: “One is not the neighbor of anyone; one makes the other a neighbor by making oneself his neighbor through an act.”

Kait Heacock is a writer and book publicist in Seattle and a frequent contributor to Women’s Review of Books.