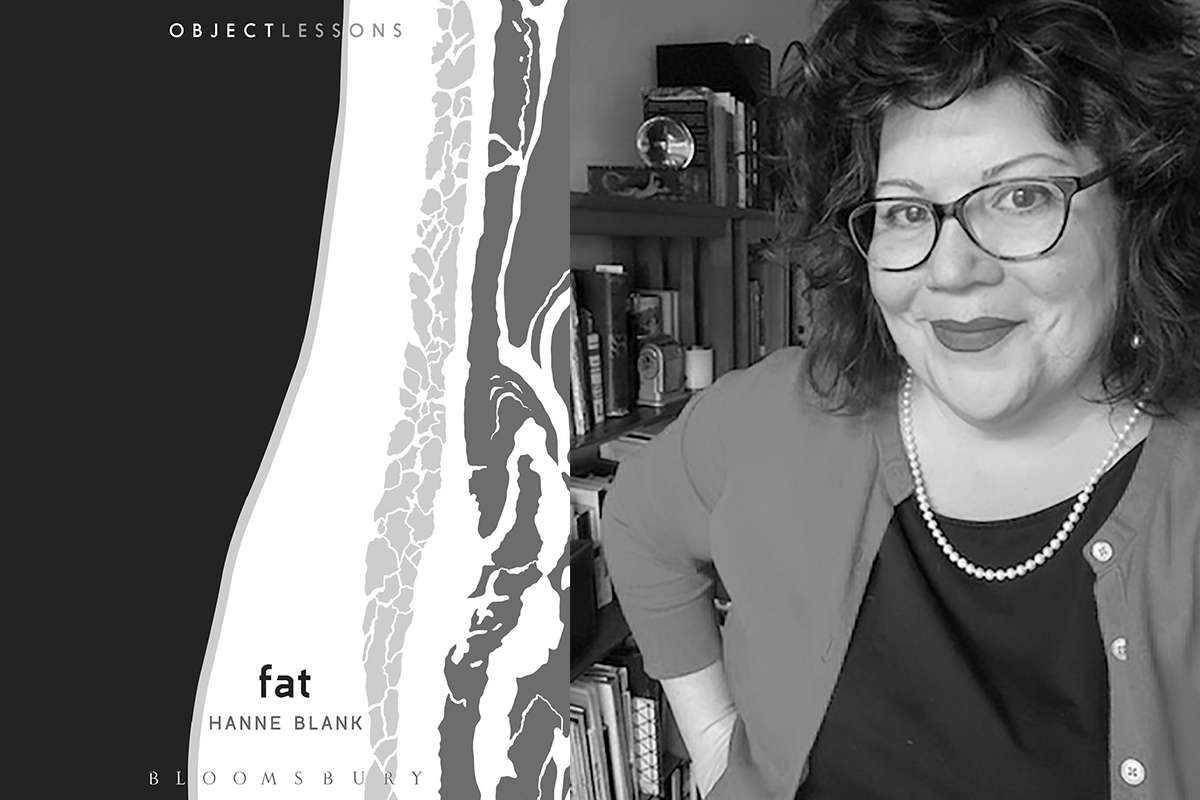 In a recent interview on David Letterman’s My Next Guest Needs No Introduction, the musician Lizzo stated, “I’m sick of being an activist just because I’m fat and Black. I want to be an activist because I’m intelligent, because I care about issues, because my music is good, because I want to help the world.” Equal parts pioneer and product of the shifting culture around body positivity, Lizzo rose to fame in 2019 for her irresistibly confident presence, dazzling bodysuits, and fierce and catchy refrains of self-love: “I do my hair toss, check my nails. Baby, how you feelin’? Feelin’ good as hell!” But long before she was TIME Magazine’s Entertainer of the Year, Lizzo was outspoken about political and racial activism, using her musical platform to highlight a myriad of social issues, not just body positivity. Nevertheless, her figure remains one of her most important traits for much of the public: the first autocomplete question when I Google search “Lizzo” is still, “What size is Lizzo?” 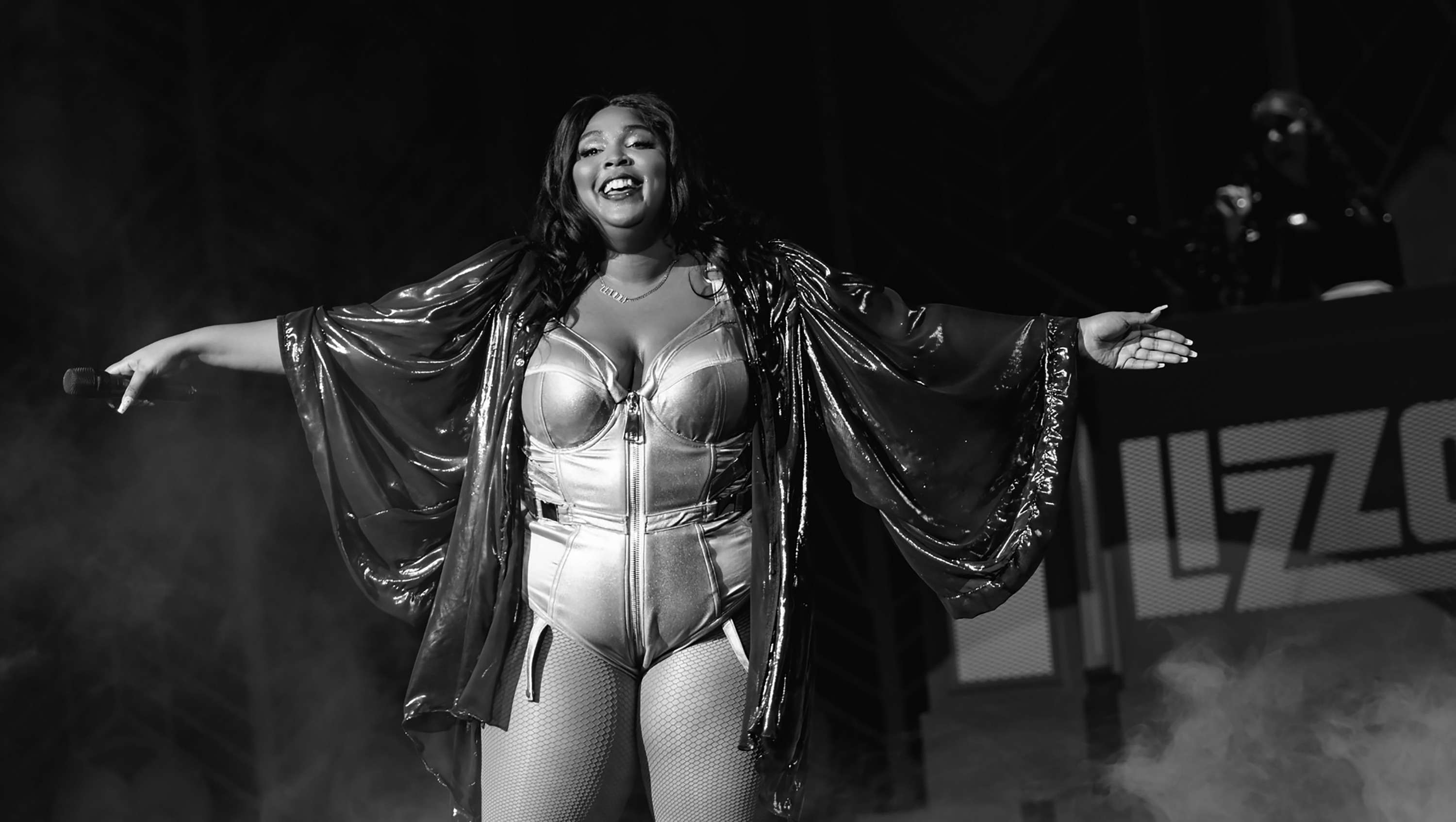 Lizzo at Brixton Academy in London, 2019. Photo credit: Raph PH via FlickrThis is unsurprising, Hanne Blank argues, in Fat, her latest work at the intersection of bodies and society. A good voice is a good voice, regardless of the body that it arrives in. And unlike most other industries, music will accommodate—but that doesn’t mean that listeners can forget an artist’s plus-size status. As Blank writes, “to thrive in an [otherwise] unaccommodated, dispossessed, denigrated body” still requires “a well-cultivated, sometimes stubborn, knowledge of its worth.” Hair toss, check my nails.

And yet, despite society’s obsession with thinking about fat, Blank believes that “we tend not to think about fat very clearly or very well. Fat has too many identities in our lives, too many meanings, and we are too reactive, too confused, and frankly, too ignorant.” Blank’s book, however, does not promise to simplify or streamline—quite the opposite, in fact. She takes us on a whirlwind historical, cultural, personal, sociological, and psychological exploration of our collective ignorance. She challenges the language that we have for a simultaneously polysemic and metonymic subject. She turns a critically insightful eye to the many forms and functions of fat in order to clarify the love-hate relationship that we have with this entity that “extends deep inside, but also far beyond, our own individual bodies.”

Fat is a part of Object Lessons, an essay and book series published by The Atlantic and Bloomsbury that aims to illuminate the hidden lives of ordinary things—from email to environment, personal stereo to potato. Blank, a cultural historian, currently serves on the faculty for the Women’s and Gender Studies Department at Denison University. She writes from the interdisciplinary overlap of history, bioethics, gender, and culture, tackling topics like heterosexuality and virginity in previous books. A self-described educator-activist and “lifelong fat woman,” Blank brings a wry, welcoming (but not to be mistaken for indulgent) voice to this concise and cogent page-turner.

Yes, page-turner. Blank’s creative and engaging style is especially fitting for Object Lessons—every line is densely packed with both intellectual insight and emotional inquiry. If I were still in college, I probably would have underlined almost every sentence, annotated the margins with a frenzy of asterisks and exclamation points. Whether it’s the opening description of her own body—“the oddly comforting, distinctly sensitizing way the elasticized wicking compression fabric of my gym top squeezes my fat back and belly and breasts from all directions at once,”—or a deep dive into the historical and sociocultural factors contributing to the hierarchy of bodies in the patriarchy, she does not shy away from an honest and vivid discourse. She can curse a wannabe sugar daddy’s “fucked-up doublethink bullshit” and then succinctly explain pubertal sex-linked fat deposition in the same, effortless breath.

With this fact about calories—a scientific unit of measure for potential energy that was misappropriated onto nutrition labels by the US Food and Drug Administration in the 1970s—Blank begins to break apart many of the other misconceptions and mysteries surrounding fat. She embodies both no-nonsense biology instructor and learned social anthropologist, and with these two personas, she expertly sets us up to be receptive to the chapters (and their increasingly intense content) to follow. When she shifts to discussing fat as Friend, she gets more personal, sharing anecdotes about the comfort that her husband finds in the fleshy skin below her armpit and her experiences with “intentionally and unapologetically [occupying] every cubic inch of my fat body” when she sang professionally. We begin to understand that fat is more complex than just the “sideboob” or “Dad bod” that meets the eye.

Blank accomplishes another crucial thing in the first two chapters: she invites us to look—and not just to look, but also to investigate and reflect and rewire our thinking. Because of how deeply and early on certain reactions to fat are ingrained (“Don’t stare! That’s rude,” “Don’t use the word fat! Say curvy or plus-sized instead,” “Don’t ask questions.”), this is an unfamiliar and uncomfortable exercise.

But Blank confronts any reluctance head-on, insisting that the only way to overcome our unhealthy fixation with fat—our fat-hating and fat-shaming, our fat anguish and fat phobia—is to consider “its thoroughly rotten sources.” And the problem, the Foe, is not necessarily fat itself: the issue of fat is an issue of race and class, of sex and status, of power and patriarchy. The religious and medico-moral history of the West, the long and terrible legacy of slavery and racism, the far-reaching consequences of colonialism and capitalism, have all resulted in a toxic (but often unconscious) socialization. The word “fat” has become shorthand for disgust, shame, undesirability, insecurity: “a fetish object of wrongness.”

However, Blank continues, “Fat tastes good and feels good. This is part of why it troubles us.” Fat is also Fetish, over-commercialized and hyper-sexualized. And it’s not just about bodies and kinks, or the fact that “male privilege might rule the world, but it can’t withstand juicy hips and a fat ass”—it’s also about sweet cream butter and extra-virgin olive oil. It’s about the essential Omega-3 fatty acids that we all want our babies to have so that their brains will develop properly, so that they will grow up to be healthy and smart.

But fat is also, and finally, Figure. No matter how healthy or smart we are, Blank writes, “we cannot mold our own fat into the specific shapes we want or control where our bodies deposit it.” Instead, our lives are fashioned around the figure that fat bestows upon us, and “fat doesn’t give a sweet and fancy goddamn what we want.” It’s worth noting here that, although Blank does offer an intimate lens into her own personal reckoning with fat—“having been fat, to some degree or another, for as long as I can remember, fat and I have a longer relationship than I have had with any other entity”—she also writes from various first-person plural perspectives (women, humans, society, academia, the as-yet-unenlightened reader). Even though it can get a bit confusing, by counting herself among a more collective “we,” Blank emphasizes the multifaceted and intersectional characteristics of fat. In doing so, she also avoids preaching or pleading; her well-researched paragraphs persuade you of the facts on their own.

Over the course of five punchy chapters, Blank makes fat visible. Whether she is playing the role of science teacher or feminist scholar, cultural historian or that one very philosophical friend, she is always “dispensing ... reality checks.” (She is not, however, “the Fat Friend”—if you are looking for warm and fuzzies, look elsewhere.) She recasts the issues and ignominies of fat in order to paint a more dynamic picture of what is truly at stake.

So, what is truly at stake? Is it just visibility? Is it the activism that pushes issues like body positivity into the mainstream? Is it the humanity that our otherwise ignorant gazes would strip away from others? Is Lizzo just “fat and Black,” or is she also seen as a human being? (As much as any celebrity might be seen as a human being.) Would her platform be the same if she weren’t visibly “fat and Black”? What is the cost of this platform, this visibility? What is the cost of Blank’s invitation to look?

Blank doesn’t offer clear answers or action steps, not for activism and not for humanity. Certainly not for a subject as individually resonant but universally relevant as fat. Instead, she shares knowledge and analysis before simply asking, “What would you not do, what would you not give, what would you not pay if it offered you even temporary acknowledgement as a human being?”

Ariel Kim is a recent graduate of Harvard University, where she studied English and Global Health and Health Policy. Her interests include education, social justice, and creative writing.