The Gender Wage Gap: It's About Age

The gender wage gap remains a stubborn fact of life for working Americans. In 2013, median weekly earnings for women working full time were 82 percent of men’s, with Hispanic women earning only 62 percent and black women 69 percent of white men’s pay. Progress in closing this gap has stalled. One reason may be that we too-often overlook the particular needs of middle-aged and older women. The gender wage gap is to a large extent an age gap—a difference in how men and women are rewarded for experience accrued over time. To create more equitable workplaces, we are must focus future research squarely on the question of why women’s wages drop off relative to men’s after age 35.

For Americans of all races and educational levels, the gender wage gap widens with age. When workers reach their midthirties, median weekly earnings for men begin to grow much faster than those for women. According to the Bureau of Labor Statistics, women aged 25 to 34 in 2012 brought home an impressive ninety percent of their male peers’ pay, but this percentage fell to 78 percent for women aged 35 to 44 and remained below that level for older workers.

The youngest women in the workforce may feel optimistic that they can close the gender wage gap with higher levels of education than their mothers possessed. But young women should be wary. Since the 1970s, the wages of all women have risen relative to men’s, but the age-based pattern has remained fixed: around age 35, each generation of women has watched their male peers outstrip them in pay and promotion. Back in 1979, when women earned a meager 62 percent of what men earned, those in their late twenties and early thirties earned significantly more—68 percent—and those in their late thirties and early forties earned less—58 percent. Without concerted action there is no indication that this pattern will change for today’s young women.

The widening of the gender wage gap with age has a devastating effect on working women of all classes. Before retirement, a typical American woman working full time earns $14,352 per year less than her male age peer. With smaller paychecks and fewer benefits, women have greater difficulty saving for retirement. Roughly sixty percent of women over age 65 do not have enough household income to meet basic needs, compared to 41 percent of men. For black and Hispanic women, this figure rises to nearly 75 percent.

The years after age 35 are also the period of life when individuals are considered for promotion to the highest paying and most powerful positions. At S&P 500 companies in 2010, the average age of incoming CEOs was 53. Less than five percent of these CEOs were women. The corporate board directors who hire and fire CEOS tend to be even older—age 68, on average. They also tend to be white and male. In 2013, women held only seventeen percent of corporate board seats; for women of color the figure was three percent. Many Americans look to Congress for solutions to the gender wage gap, but there too, older white men retain firm control. The average age in the House is 57 and in the Senate 62. Only nineteen percent of our representatives in Congress are female and of these, only thirty percent are women of color. Whether in business or politics, women hit the so-called glass ceiling in middle age or later. Not only pay but also power are at stake when women fail to gain recognition for the skills and experience they gain over time.

In seeking to explain why men’s earnings and promotions outstrip women’s around age 35, economists generally argue that older working women are much more likely than their male peers to have taken time off to care for children. Researchers find that any interruption in paid work, even a maternity leave as short as six months, can have a significant effect on future earnings. To achieve workplace equality, women need to gain not only flexibility but also the ability to exercise their options without paying such a high price. Employers, politicians, and workers’ advocates need to find new ways to demand respect for the skills women acquire over time through both paid and unpaid work.

Recently, both Hillary Clinton and Nancy Pelosi, two of the most senior women in US politics, have called on Americans to recognize and reward the talents of middle-aged and older women. Speaking at the Simmons Women’s Leadership Conference in Boston last April, Clinton urged her audience to “end age discrimination.” Explaining why the issue mattered, Clinton spoke not only about how people judge age but also about how they react to “different life choices.” She pointed in particular to “women who drop out of the workforce in their late twenties and thirties; they raise their children,” and then a decade or two later become “a very large group of older women who could make a difference to America’s corporations, America’s business, academia, politics, you name it.” To tap that pool of talent, however, Americans would have to recognize unpaid domestic labor as means of building and maintaining necessary skills.

In November 2012, a reporter asked Nancy Pelosi if her decision to run for another term as House minority leader was blocking the rise of “younger leadership” in the Democratic Party. Pelosi, aged 72, provided a nuanced explanation of why women often need more time than men to reach positions of seniority. “I came to Congress when my youngest child, Alexandra, was a senior in high school,” Pelosi said. “I knew that my male colleagues had come when they were thirty. They had a jump on me.” Pelosi’s ability to delay her career was, she acknowledged, a privilege, but one that came at a cost—she is now older than men in similar positions of power. To fairly judge her, Pelosi asserted, “you’ve got to take off about fourteen years from me because I was home raising a family.” You would also have to recognize that those years prepared her for future leadership. As Pelosi described it, she was “getting the best experience of all—diplomacy, interpersonal skills.”

Creating more “on ramps” for mothers to return to paid jobs and gaining greater respect for childcare as skilled work would go a long way towards advancing women in later life. But, more is needed. Studies show that highly ambitious women who remain on a fast career track through their thirties often scale back in middle age. Childcare is not the issue at that age. One factor appears to be that older women become fed up with the discrimination they face. Women such as Facebook CEO Cheryl Sandberg may have gotten where they are today in part because executives in the technology industry tend to be younger.

Advancing women in other sectors requires confronting not only gender but also age discrimination. Much more research is needed into the subtle intersections of gender, race, and age-based inequality, but this much is certain—we must demand greater pay and opportunities for middle-aged and older women now, before another generation of young women has to pay a high price for growing old. 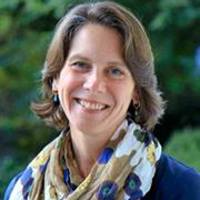 Corinne T. Field is a lecturer in the Corcoran Department of History and the Women, Gender, Sexuality Program at the University of Virginia. She is the author of The Struggle for Equal Adulthood: Gender, Race, Age and the Fight for Citizenship in Antebellum America.