The following is an excerpt from Strangers in Their Own Land: Anger and Mourning on the American Right: A Journey to the Heart of Our Political Divide, the new book by the sociologist Arlie Russell Hochschild, in which Hochschild explains why she began to have conversations with people whose values and politics differed radically from hers. It seems particularly applicable to this election season. 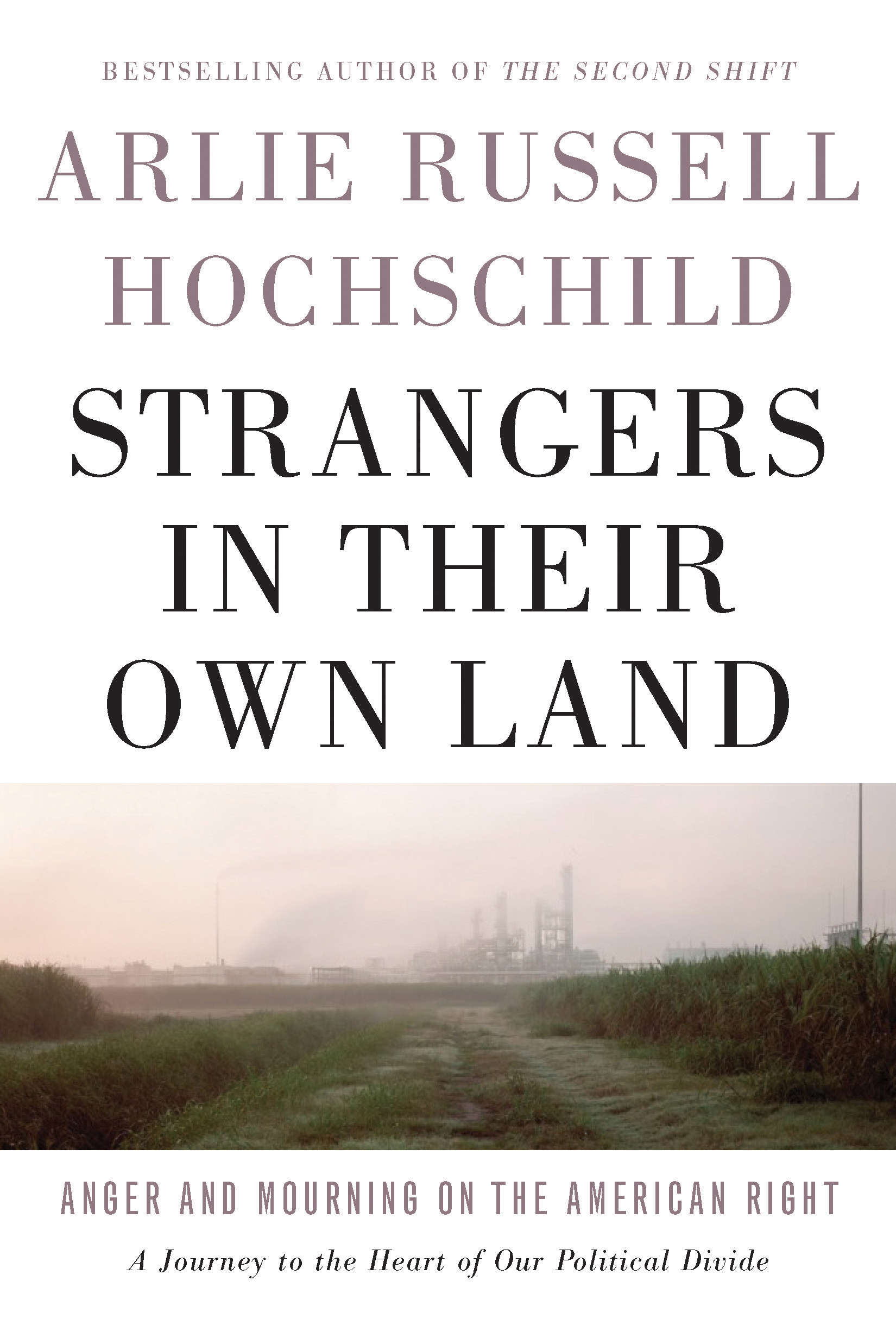 I have lived most of my life in the progressive camp, but in recent years I began to want to better understand those on the Right. How did they come to hold their views? Could we make common cause on some issues? These questions led me to drive, one day, from plant to plant in the bleak industrial outskirts of Lake Charles, Louisiana, with Sharon Galicia, a warm, petite, white single mother, a blond beauty, on her rounds selling medical insurance.

Unfazed by a deafening buzzsaw cutting vast sheets of steel, she bantered with workmen, their protective gear lifted to their brows, their arms folded. She was an appealing and persuasive fast-talker. (“What if you have an accident, can’t pay bills or can’t wait a month for your insurance to kick in? We insure you within twenty-four hours.”) As they reached for a pen to sign up, Sharon talked to them about deer hunting, about the amount of alligator meat in boudin—a beloved spicy Louisiana sausage—and about the latest LSU Tigers game.

As her story unfolded, while we drove between plants, Sharon recounted how her dad, a taciturn plant worker, had divorced her troubled mother, remarried, and moved into a trailer a thirty-minute drive away, all without telling her brother or her. I left alive with questions. What had happened to her father? How had the fate of his marriage affected her as a little girl, then as a wife, and now as a single mother? What were the lives like of the young men she talked to? Why was this bright, thoughtful, determined young woman—one who could have benefited from paid parental leave—an enthusiastic member of the Tea Party, to whom the idea was unthinkable?

I thanked Sharon directly, of course, for allowing me to follow her in her rounds, but later, in my mind, I thanked her again for her gift of trust and

outreach. And after a while it occurred to me that the kind of connection she offered me was more precious than I’d first imagined. It built the scaffolding of an empathy bridge. We, on both sides, wrongly imagine that empathy with the “other” side brings an end to clearheaded analysis when, in truth, it’s on the other side of that bridge that the most important analysis can begin.

The English language doesn’t give us many words to describe the feeling of reaching out to someone from another world, and of having that interest welcomed. Something of its own kind, mutual, is created. What a gift. Gratitude, awe, appreciation; for me, all those words apply and I don’t know which to use. But I think we need a special word, and should hold a place of honor for it, so as to restore what might be a missing key on the English- speaking world’s cultural piano. Our polarization, and the increasing reality that we simply don’t know each other, makes it too easy to settle for dislike and contempt.

I first experienced reaching out and being reached out to as the child of a Foreign Service officer. In my child’s mind, I had been given a personal mission, parallel to my father’s, to befriend the people of all the foreign countries my father’s job took us to. I was instructed to reach out, I imagined, to people who spoke, dressed, walked, looked, and worshipped differently than we did. Had my father really asked me to do this? I don’t think so. Why do it? I had no idea. That understanding came later. Curiously, I felt that same gratitude for connection when, many decades later, I drove from plant to plant with Sharon, and when I talked with the many others I’ve met in the course of researching this book. I felt I was in a foreign country again, only this time it was my own. 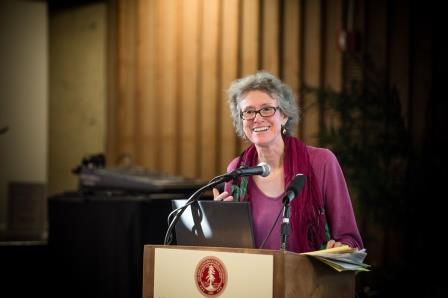 Arlie Russell Hochschild is one of the most influential sociologists of her generation. She is the author of nine books, including The Second Shift, The Time Bind, The Managed Heart, The Outsourced Self, and Strangers in Their Own Land. Three of her books have been named as New York Times Notable Books of the Year, and her work appears in sixteen languages. The winner of the Ulysses Medal as well as Guggenheim and Mellon grants, she lives in Berkeley, California.

Copyright (c) by Arlie Russell Hochschild. This excerpt originally appeared in Strangers in Their Own Land: Anger and Mourning on the American Right, published by the New Press. Reprinted here with permission.