The Third Pillar of Slavery

As higher education continues its march into a corporatized future, with 76 percent of its workforce now composed of low-paid adjuncts who often call themselves “slaves,” there is little discussion about the connection between the history of actual slavery in the US and the growth and wealth of some of the nation’s best colleges and universities. That connection might seem strange, since institutions of higher education tend to be viewed as bastions of liberal and progressive thought, and humanitarian ideals. But the archives of history reveal a different truth: slavery and the slave trade provided the foundations for the rise of higher education in North America.

Whether colleges and universities choose to acknowledge it or not, they are the inheritors of this racial past.

The legalized ownership and sadistic degradation of millions of enslaved men, women, and children, whose names are lost to history, required the participation of some of the best colleges and universities: Brown, Columbia, Dartmouth, Emory, Harvard, Penn, Princeton, Rutgers, William and Mary, University of North Carolina, and Yale. These institutions not only benefitted financially from the blood, sweat, and tears of people who had no legal and moral protection of their bodies for nearly 250 years, but they also provided intellectual cover for the social and political subjugation of nonwhites for another century after the Civil War.

In his new book, Ebony and Ivy: Race, Slavery, and the Troubled History of America’s Universities, MIT history professor Craig Steven Wilder writes, “[T]he academy never stood apart from American slavery. In fact, it stood beside church and state as the third pillar of a civilization built on bondage.”

In powerful, exhaustive detail, Wilder describes how elite colleges exploited the slave economy to build their infrastructure and assure their survival. Early presidents at Dartmouth, Harvard, and Princeton were slaveholders. Some colleges used slaves to raise buildings, cook, clean, and maintain campus grounds. White masters who rented out slaves for wages used that money to pay tuition for their sons to attend elite colleges. Endowments for chaired professorships were funded from the slave trade.

Wilder also documents some macabre, nightmarish incidents involving scholars’ use of slave bodies. For example, a physician who taught science at Dartmouth dragged the corpse of a dead slave named Cato behind his house and boiled him in a huge pot to free up his skeleton, then wired it up for instruction. Other academics dissected the dead bodies of slaves for classroom lectures, prepared their organs for display, and even exhibited their skins or used them for decoration.

In the nineteenth century, a new kind of race science emerged, was refined on campuses, and was pressed into service to maintain the racial order. Scholars gave lectures, published journal articles, and wrote dissertations that offered “proof” of the mental, physical, and moral inferiority of black people and the supremacy of whites over all human groups. A number of slaveholders were even awarded honorary degrees. Sure, there were lots of people on campus who argued against slavery and the expansion of the slave trade, but Wilder explains that the emerging intellectual defense of slavery defeated them.

Just as scholars in the nineteenth century gave academic legitimacy to black slavery (and later to racial segregation and black political disenfranchisement), they also developed scientific ideas about gender and the intellectual capacity of women. Scientists made gender-segregationist arguments, which intensified at the end of the nineteenth century as suffragists pushed for a constitutional amendment to enfranchise women and as universities, public and land grant universities in particular, moved toward mixed-sex higher education.

Charles Darwin himself said that males were “more evolutionarily advanced than females.” Anthropologists who were his contemporaries argued that women had overdeveloped sense organs and small brains that were similar to animals and that gave them the intellectual capacity of the “grown up Negro,” Darwin wrote in The Descent of Man (1871).

As I read Wilder’s book, certain questions kept coming up. For one thing, why is this history important to American colleges and universities today? Is it possible to make a direct or even indirect connection between elite academic institutions’ histories of promoting racism and sexism, and the continuing difficulty of changing their practices and cultures? How do academic legacies continue to create cultures of exclusion?

There are many “firsts” still walking among us: the first woman, the first African American, etc., to be tenured in their academic departments. Some departments remain predominantly white and male because they have always been that way and are too comfortable in their privilege to want to change. The past that colleges and universities have inherited is apparently so powerful that even the Supreme Court is reluctant to let institutions transform their characters through affirmative action.

I talked with Wilder about these questions. “Colleges and universities were part of creating the racial civilization of the US today,” he says. “These institutions have real legacies, and they have a moral obligation and actual responsibilities for unmaking those injustices, which fall upon us in many ways.”

He notes that over the past decade, colleges such as Brown University have admitted to their role in slavery, but he says this is not enough: apology is not an act of social justice or a corrective of past injustice—even though, he says, “Colleges pretend the two are the same.” Although some institutions have had the courage to look at their own past and respond meaningfully, most have been silent, defensive, or cowardly when it comes to discussing race.

Although Wilder doesn’t anticipate that historians will dig up information from the archives that will resolve debates over affirmative action, such information is still valuable—it will better inform them. “You have to look at the histories of the slave trade and the emergence of antiblack politics and their role in crafting the language and the ideas and bodies of knowledge that we continue to invoke in our discussions of race and inequality in the US today,” he says.

Certainly there has been some progress in diversifying college faculties over the last forty years. Wilder and I discussed that. But much of the success at historically white colleges has produced new patterns and inequities. “We’ve tended to cluster women and minority faculty in specific fields and departments,” he explained. “What we now have is a more diverse overall faculty [in which] women and minorities are concentrated in humanities and social science departments. There are large numbers of departments that remain exclusively white and male.”

The latest Survey of Earned Doctorates from the National Science Foundation, shows that in 2013, there was a four percent increase in the number of people who earned PhDs. They racked up heavy loads of debt, too: the average debt at graduation increased to more than $30,000, while job placement rates for new PhDs remained dismal. The “good news,” reports the survey, is that the number of women and people of color earning PhDs continued to increase.

Higher education is supposed to be the great equalizer, but this data raises two important questions: have we managed to turn aspiring, highly educated women and people of color into debtors with low pay, high job insecurity, and low overall prestige? Does the dilution of prestige have something to do with the increase in the presence of women and people of color in academe, a place where, historically, they didn’t belong?

What they reveal is how historical legacies and privilege get remade over time, and how institutional passivity has stalled substantive change. While the dynamics that grew from slavery have taken different forms, they are still very much with us, and the histories of many colleges and universities are intertwined with institutionalized racial and sexual oppression to this day. Wilder’s book gives us an opportunity to have an honest, informed discussion about higher education’s commitment to progress and change.

What will we do with it? 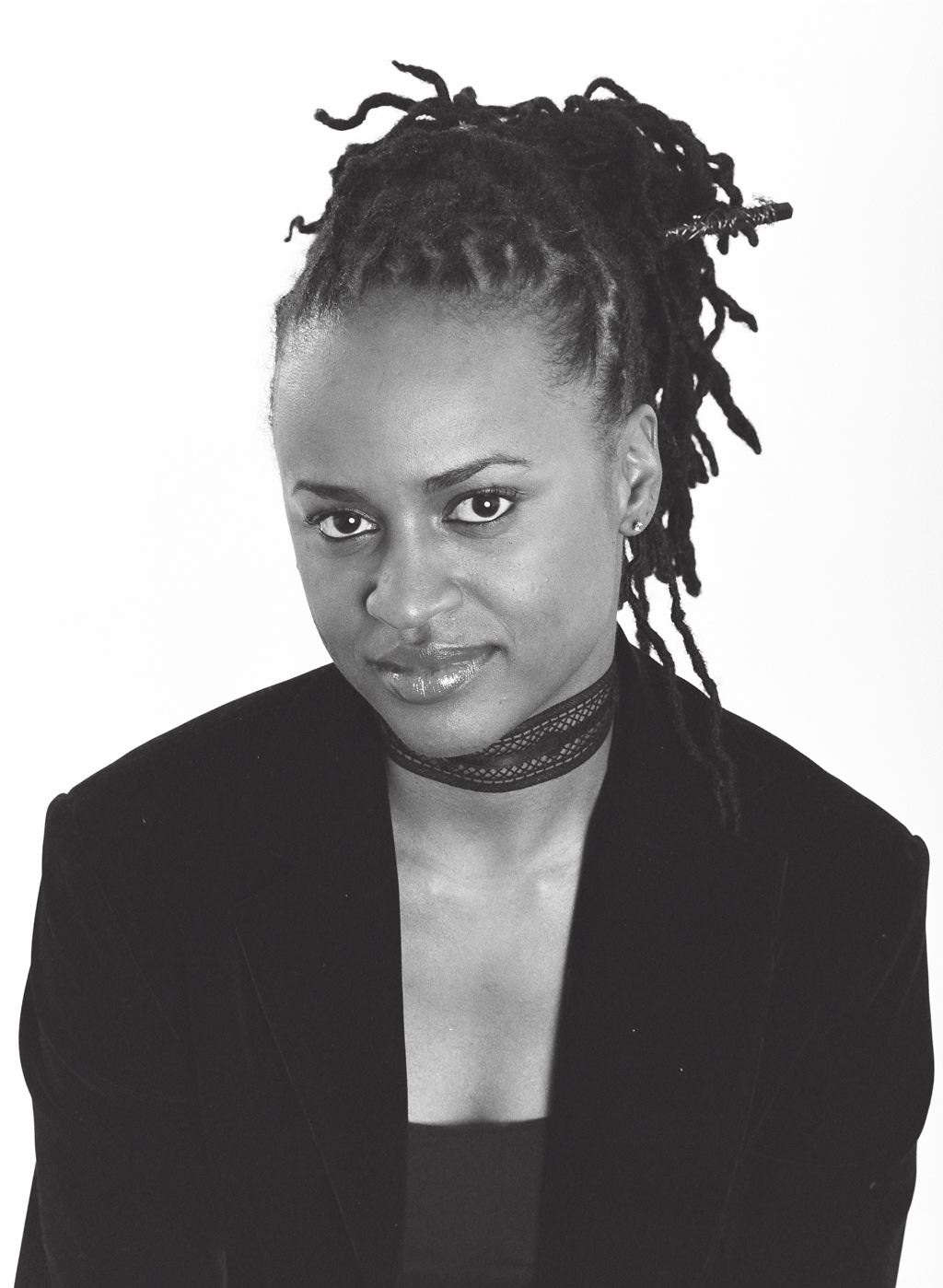 Stacey Patton is a senior reporter for The Chronicle of Higher Education and holds a PhD in African American history from Rutgers University. She is the author of That Mean Old Yesterday—A Memoir (2007), which explores the historical roots of corporal punishment in African American families.