Unmasking a Myth through the Art of Biography 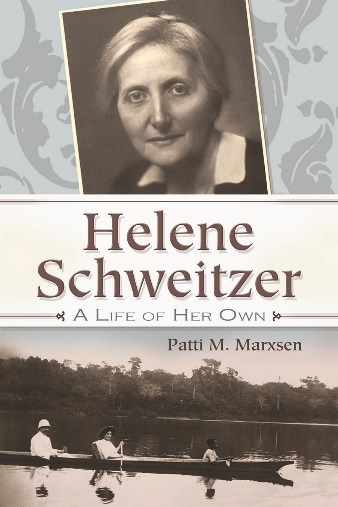 My first conversation about Helene Schweitzer Bresslau (1879-1957) was with the man personally chosen by Albert Schweitzer to succeed him as medical director of the Schweitzer Hospital in Lambarene, Gabon. Forty years after Walter Munz assumed that responsibility, and long after he retired, we had breakfast together in Lambarene on the terrace of a hotel called the Ogowe Palace. It was 2006, and I had just begun to read the first volume of Helene and Albert’s early correspondence, translated and edited by the French Schweitzer scholar, Jean-Paul Sorg. The Swiss German Walter Munz had read the letters in German some years earlier and made a strong point when we spoke about how important Helene had been to her husband’s work. In Albert Schweitzer dans la mémoire des Africains (Albert Schweitzer in the memory of Africans), a book written in 1991 (and now out of print), he had even described her as“co-founder of the Schweitzer Hospital,” a logical but radical notion at the time.

tirelessly as Albert in a difficult climate to cure and comfort a constant stream of Africans suffering from strangulated hernias, anemia, skin infections, leprosy, malaria, and sleeping sickness, to say nothing of burns and commonplace machete accidents. Only later, in his 1931 best-selling autobiography, Out of My Life and Thought, did Schweitzer publicly acknowledge Helene’s contribution: “My wife, who had been trained as a nurse, gave me invaluable assistance at the hospital. She looked after the serious cases, oversaw the laundry and bandages, worked in the dispensary, and sterilized surgical instruments.” She also managed their small house, waged war on ants and spiders, developed social relationships along the Ogowe River, and kept a diary of her first two years in Africa that eventually filled more than 300 pages.

By the time of Albert Schweitzer’s death in 1965, 65 percent of those who had worked at his side in French Equatorial Africa were women. These “collaboratrices” fulfilled a wide range of functions: doctors, nurses, midwives, administrators, logistics experts, secretaries, translators, project managers, archivists, and laboratory personnel, among other things. With the use of a “feminist lens,” it is clear that Schweitzer’s public persona was heavily supported by a devoted network of skilled, single, childless, unpaid (or underpaid) women in Africa and Europe, beginning with early donors in the city of Strasbourg.

As my knowledge of the Schweitzer universe evolved, so did my awareness of how consistently Schweitzer’s dependence on women had been largely ignored by generations of scholars, biographers, and journalists responsible for the heroic image of Albert Schweitzer—including himself. Why had so much credit been lavished on (or claimed by) one man, and so little said about the gender-driven system that allowed him to appear invincible to a world hungry for male heroes? And how had the remarkable prototype for all the competent, independent, adventurous women who came after her—Helene Schweitzer—become lost in the myth of Albert Schweitzer?

Although I had enjoyed a nearly decade-long association with the Schweitzer Hospital in Haiti before I set foot in Lambarene, I knew very little about Helene apart from what can be learned from the second edition of James Brabazon’s biography . I learned slightly more as I translated and edited the most recent book by Jo and Walter Munz, Albert Schweitzer’s Lambarene. A Legacy of Humanity for Our World Today (2010). But still, Helene remained a “missing person” whose life was, at best, obscure.

Because I was living in Europe by then, with access to major archives and the language skills necessary to the task of researching Helene, I felt drawn to this Berlin-born “woman in the shadows.” Even a glance at the pre-Lambarene letters confirms that she was cultivated, highly intelligent, linguistically gifted, and filled with humanitarian ideals from an early age. She was also determined to be an independent woman defined by her work in the world, which explains why she became the first woman inspector of the City Orphanage Administration in Strasbourg (1905 – 1909) and cofounded a home for unwed mothers there in 1907. As I began to place mental pins on the map of Helene’s life, essential questions arose: why had so few people, including Albert Schweitzer, taken time to tell her story? What was her actual role in the life and work of the “great man”? How did she wish to be remembered? And how would I construct the mosaic of a life out of fragments scattered in books by and about her husband?

The Albert-Helene correspondence written between 1902 and 1912 was a 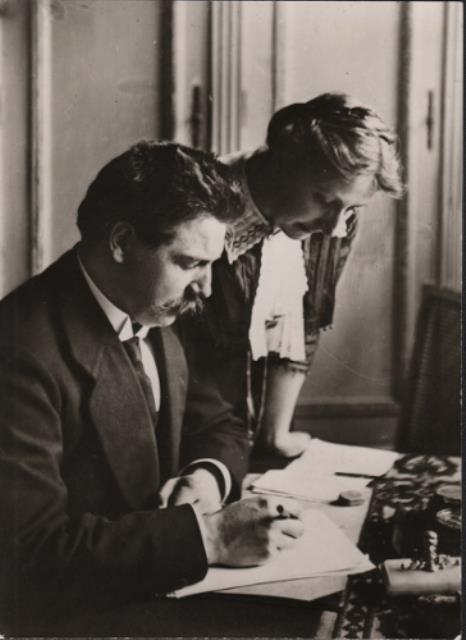 critical point of departure for my biography. There, Albert addresses Helene as “my noble one,” “my great one,” and “my pure soul” who is “as good as the earth.” For him, she quickly becomes the living symbol of the strong, intellectual, emancipated woman he had always admired. From that beginning, I explored her work on Albert’s book manuscripts in the Zurich Central Library Archives, documents from her German life in the German Schweitzer Association Archives in Frankfurt, and—most importantly—the remarkable collection of Schweitzer-related material in the archives of Syracuse University Libraries. In the course of my three years of research, I discovered more than fifty years of Helene’s journals in Syracuse that only entered the archives there in 2010, unknown even to Helene’s grandchildren. With this discovery, it became clear that Syracuse University holds more original documents from Helene Schweitzer’s hand than all the archives in Europe combined.

Until the publication of Helene Schweitzer Bresslau: Ein Leben für Lambarene by Verena Mühlstein (1998) there had never been a serious study of Helene Schweitzer’s life. Until now, with my book Helene Schweitzer: A Life of Her Own, her life story has not been told in English. Without my feminist perspective to correct and question the omissions of history, Albert Schweitzer would remain behind the “male heroic” mask that has, in my view, done as much harm as good in our world. As Albert Schweitzer’s “most loyal friend,” wife for 45 years, mother of his only child (a daughter, Rhena), and cofounder of one of the most audacious global public health projects in history, Helene’s life is a radiant example of determination. Despite the fragility of age and a strained relationship with Albert at the time of his Nobel Peace Prize ceremony in Oslo in 1954, she sat beside him on the front row, quietly leaning on her cane. It has been a privilege to prove that she belonged there as an equal partner. 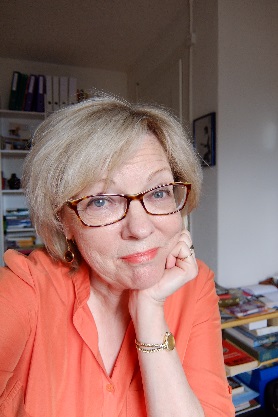 Patti Marxsen’s writing has appeared in numerous journals in the United States, Switzerland, and France including The Caribbean Writer, Fourth Genre, The French Review, Hello Switzerland, Journal of Haitian Studies, Prairie Schooner, Saisons d’Alsace, and Women’s Review of Books. Her books have grown out of a lifelong interest in Francophone history and culture and include Island Journeys: Exploring the Legacy of France, Tales from the Heart of Haiti, and Rousseau’s Refuge and Other Essays Out of Switzerland. In addition to her translation of Albert Schweitzer’s Lambarene: A Legacy of Humanity for Our World Today by Jo and Walter Munz, she has also published the first English translation of Swiss writer C. F. Ramuz’s epic prose poem Chant de notre Rhone, Riversong of the Rhone. Marxsen lives in Switzerland and Maine.For further information on her writing, see www.pattimarxsen.net.