With the unanticipated death of Justice Antonin 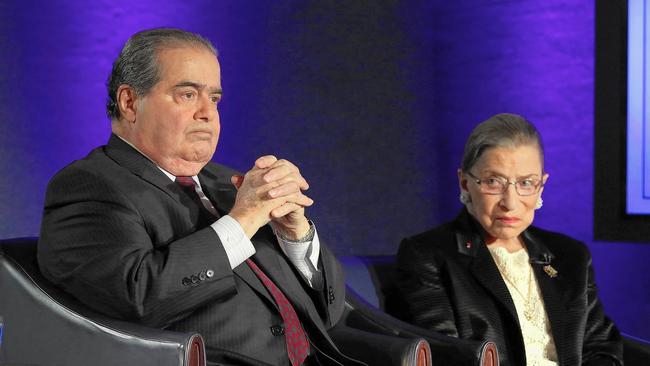 Scalia on February 13, the United States Supreme Court has become a more hospitable forum for feminist causes. While Justice Scalia was not alone in his hostility to feminism—remaining Justices Samuel Alito and Clarence Thomas are equally unsympathetic—Scalia proved himself particularly rancorous during his three decades on the high court bench. In opinion after opinion, Scalia expressed views inconsistent with women’s equality: he believed that an historically all-male military academy should be able to continue to exclude women; that the constitution did not protect a woman’s right to abortion or her right to be free from domestic violence; and that the constitution should not prohibit attorneys from excusing potential jurors based on their gender. He was an ardent foe of sexual minority rights, contending that the constitution did not protect against the criminalization of same-sex intimacies or the prohibition of same-sex marriages. He believed a state should be able to prevent local laws that outlawed discrimination based on sexual orientation. He did credit theconstitution as having rights for some: if you claimed to be “disadvantaged” by an affirmative action program; or if you wanted to purchase, own, or use firearms; or if you challenged environmental regulations on your beach front property, then Scalia’s constitution proved most accommodating.

Scalia’s positions can be linked to his espousal of an “originalist” theory of constitutional interpretation, but the theory provides an incomplete explanation for his views. Under an originalist perspective, the Constitution is limited to the notions of the men—and they were all men, some of them slaveholders, all of them white and affluent—who authored the document. This perspective has the obvious disadvantage of exiling the majority of Americans, even then, from constitutional aspirations. It also produces less obvious problems of “cherry-picking” the views even of those men, whose ideas not only conflicted with each other but were also sometimes internally inconsistent. Moreover, the notions of the original “founding fathers” were superseded as the Constitution itself was amended. The Nineteenth Amendment, ratified in 1920, accorded women the right to vote (finally), acceding to a demand of the feminist activists of the women’s suffrage movement. Given such complications, it should be no surprise that Scalia’s jurisprudence is often criticized, including by conservatives, for not being consistently originalist, or as Scalia himself once described himself, as being a “faint hearted” orginalist.

Scalia sometimes expressed his preference for an “originalism” that was better described as “textualism.” In other words, it is the words of the Constitution that govern all constitutional disputes. Yet again, even if the words were clear, this explanation does not satisfy. Scalia justified his refusal to entertain the possibility that the Constitution could include a right to abortion or contraception by the text of the Constitution. As he wrote, dissenting, “the Constitution says absolutely nothing about it.” However, the text of the Ninth Amendment, which he conveniently ignored, precludes such a negative inference from the failure to specifically enumerate a right.

Scalia also conveniently ignored the values he championed, including what might be called respect for women, civility, and not “punching down.” In the watershed case of United States v. Virginia, involving a constitutional challenge to the Virginia Military Institute’s (VMI) exclusion of women cadets, Justice Scalia dissented. He argued that by mandating women’s acceptance into the college, the court was essentially assaulting the tradition that men honor women. Extensively quoting from “The Code of a Gentleman” issued by VMI, Scalia highlighted the manners that “gentlemen” should express toward “ladies” and others. A gentleman, says the code:
But as Professor Michael Frost has pointed out, Justice Scalia’s dissenting opinion in the case violates some of the very notions of civility expressed in “The Code of a Gentleman,” including exhibiting anger.

In fact, much of Justice Scalia’s writing could be considered the antithesis of gentlemanly. His prose was most often described in terms such as “acerbic” or “scathing.” There were many who took great delight in this combative style of writing. It was good for soundbites in the press, certainly. But praising Scalia’s opinions for being witty or “direct” is similar to praising Donald Trump for such qualities. In fact, it lowered the level of discourse to playground insults.

Even if a caustic style may be appropriate in written opinions, Scalia’s oral performances were often similarly acid. This was true not only in lectures and appearances, as for example, when Scalia scoffed at law students, but also in formal oral arguments before the Court. Law Professor Rick Hasen documented Scalia as the “most sarcastic” justice, the one most often to elicit laughter. But Scalia’s comments also provoked gasps from the courtroom. Such was the case in December when Scalia, asking a question from the bench in a university affirmative action case that has not yet been decided—and now will be decided without him—opined that African Americans would be better off in “lesser schools where they do not feel that they’re being pushed ahead in in classes that are too…fast for them.”

In a different oral argument, Scalia berated the woman attorney defending the constitutionality of a Massachusetts law requiring a “buffer zone” around abortion clinics. In her first sentences, the attorney referred to the clinic demonstrators as “protesters.” Scalia accused her of distortion and vehemently disagreed, preferring “counselors.” Having made his point, he nevertheless chastised the woman attorney when she again used the word “protesters.” Supreme Court proceedings are not recorded on video, but the audio recording is available, and telling. Scalia’s conduct, in this case and others, can accurately be described as “bullying.” Not surprisingly, when comedians portray the Supreme Court Justices as dogs, Scalia’s totem is a bulldog.

In short, feminists have no reason to mourn Scalia’s departure from the court. His absence shifts the court’s ideological balance, although whether or not it will affect the important abortion case before the court this year is uncertain. The court now has three women justices—Ruth Bader Ginsburg, Sonia Sotomayor, and Elena Kagan—each of whom could be fairly described as feminist. But among the now eight justices are two archconservatives who are openly opposed to feminism and progressive causes: Samuel Alito and Clarence Thomas. The remaining three justices have a mixed record, with Justice Breyer tending toward Ginsburg’s views, Justice Kennedy being decidedly better on sexual orientation issues than on feminist issues, and Chief Justice Roberts tending toward Scalia’s views. The issue now is who will replace Justice Scalia. It’s tempting to say we could do no worse—but we could. 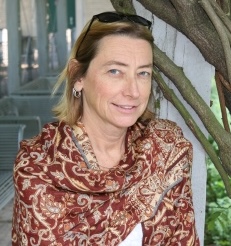 Ruthann Robson is Professor of Law and University Distinguished Professor at City University of New York (CUNY) School of Law, where she teaches in the areas of constitutional law and sexuality and law.  She is the author of Dressing Constitutionally: Hierarchy, Sexuality, and Democracy, as well as the books Sappho Goes to Law School; Gay Men, Lesbians, and the Law (1996); and Lesbian (Out)Law: Survival Under the Rule of Law, and the coeditor of the Constitutional Law Professors Blog.