One prominent theme of the oral arguments on April 28 in the Supreme Court marriage equality cases (Obgerfell v. Hodges) was the justices’ fear that recognizing same-sex marriage would lead to child marriage, incest, and polygamy. “Slippery slope” is the phrase we use in law-school classrooms to describe a trajectory, or “parade of horribles.”

As we wait for the decision, it’s worth asking how slippery this slope is. Is it like a forested hillside or more like a playground slide? If the legal and social context is like a forest, then a personskidding from the top of a hill would be blocked by the trees. But if it’s more like a slide, she would almost inevitably reach the bottom. The answers are different for child marriage, incest, and polygamy.

Before getting into specifics, I should say a few words about how I see marriage, 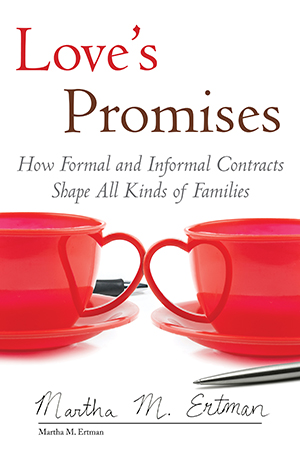 since the institution has meant so many things in different times and places. As a contracts professor, I focus on its contractual aspects. (If you too like the idea of consent and reciprocity in relationships, check out my new book Love’s Promises: How Formal & Informal Agreements Shape All Kinds of Families. Linking love and contracts has a long history. Since the founding, US law has seen marriage as a mix of status and contract, in different proportions at different times. Generally speaking, a status relationship is forever; while contractual relationships usually can be dissolved by the parties according to the contract’s terms.

As feminist reforms such as married women’s rights to hold property and make contracts took root in the mid-nineteenth century, Sir Henry Maine famously observed in Ancient Law that the trend in progressive societies has been from status to contract.

Training a contractual lens on the slippery slope reveals that marriage equality for gay people is unlikely to lead to child marriage or incest. Polygamy, though, is a different story. For a decade now, the movement for marriage equality and gay rights litigation more generally has inspired fundamentalist Mormons to seek to decriminalize their sacred institution, and if that succeeds they may well seek marriage equality for themselves.

In the oral arguments, Justice Alito asked GLAD attorney Mary Bonauto whether a state would have to recognize a twelve-year-old’s marriage. Over time, the minimum age at which a person can marry has greatly changed. In common law, girls could marry at twelve and boys at fourteen, but many statutes raised those ages in the nineteenth century. Now it differs greatly from state to state, with Californians able to marry at eighteen and Marylanders at sixteen. (In most states even younger children can marry with the parents’ or a court’s consent.)

In contrast, you have to be eighteen years old to make a binding commercial contract such as buying a car.

This shows that the slope from same-sex to child marriage is nothing to worry about. Family law already allows teenage children to contract for marriage long before they can buy a car, and sometimes before they can drive. Moreover, I know of no group, other than the highly marginalized North American Man/Boy Love Association (NAMBLA), that seeks to lower the age of consent. Absent both logic and foment, it’s hard to see how same sex marriage could lead states to return to the era of twelve-year-old brides.

Justice Alito asked the federal government’s attorney why granting marriage equality to same-sex couples would not lead to legal recognition for “two . . . unmarried siblings . . . [who have] lived together for 25 years” and share household expenses and chores as same-sex couples do. Here as well the slope seems fairly sticky.

First, there’s no movement of siblings or other relatives agitating to marry. For decades, LGBT rights organizations have pursued a coordinated campaign to overturn the ban on same-sex marriage and other challenges to what Bonauto, in her opening argument before the court called the “stain of unworthiness.” Even if such a movement were to arise, moreover, it seems likely that status-based arguments could justify maintaining the ban on incestuous marriage. I have two sisters, and we share is a status relationship: it’s ordained by genetics and having grown up in the same family with the same parents. It’s not a contract because we didn’t consent to it.

Like other contracts, marriage requires consent: the free choice to enter and exit the union. While you can divorce a spouse, the furthest you can get from even the most difficult sibling is estrangement. This central difference between the two kinds of kinship presents a formidable obstacle that would prevent slippage from same-sex to incestuous marriage.

Polygamy presents the hardest case because the logic of gay-rights litigation extends neatly to polygamists’ bids for legitimacy. Plural marriage has long been criminal in the US, just as gay sex was until the Supreme Court’s 2003 case Lawrence v. Texas struck down sodomy laws. As Justice Alito repeatedly asked Bonauto, couldn’t the arguments that would allow two women to legally marry be extended to also protect “two men and two women” who want to form a four-person marriage?

Another parallel is the antiquated rhetoric at play in a lot of the case law addressing both homosexuality and polygamy. As recently as 1986, the Court condemned the so-called infamous crime against nature (i.e., sodomy) as a crime worse than rape. Likewise, the 1879 Supreme Court case Reynolds v. US reasoned that polygamy is a crime because it’s “almost exclusively a feature of the life of Asiatic and African people” and “odious among the northern and western nations of Europe.” That case is still good law.

Though Reynolds and other cases forced the Mormon Church to abandon polygamy between 1890 and 1905, a century later the 2008 raid on the Yearning for Zion ranch in Texas demonstrates that thousands of fundamentalist Mormons continue to practice polygamy. When the state steps in to press charges, polygamists insist that the logic of gay rights cases such as Lawrence should be extended to decriminalize the marriages they call “celestial.” So far courts have rejected these arguments in cases like the one recently brought by the polygamists featured in the reality show Sisterwives. But at least one respected jurist—Christine Durham of the Utah Supreme Court—would protect fundamentalist Mormon’s religious freedom to enter plural marriages.

Even so, we need not lose sleep about same-sex marriage equality leading to the Social Security Administration having to recognize all of Mormon fundamentalist and convicted child abuser Warren Jeffs’s wives. Courts could decriminalize polygamy without giving it the full rights and duties of two-person marriages. Marriage equality for polygamists would require advocates to get around American polygamy’s deep entanglement with the history of Mormon treason in the 1850s, when Brigham Young raised arms against the US government and established a theocracy controlling all three branches of Utah government. The last time I checked, gay people had neither waged armed warfare against the United States nor established a separatist theocracy.

The slope, in short, is not nearly as slippery as Alito and others fear. 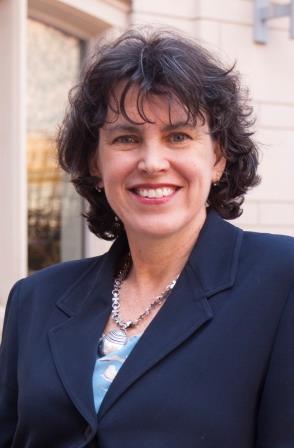 Martha Ertman is a law professor whose forthcoming book, Love’s Promises, braids a memoir about three parents—all gay—raising their son with law chapters about other families she dubs “Plan B.” The Family Equality Council named it Family Week book club pick for their annual retreat for LGBT parents.  To read an excerpt, click here.