The History of Russian Sex

Homophobia makes strange bedfellows. Duck Dynasty patriarch Phil Robertson and hypermale Russian President Vladimir Putin share a gay-panicked commitment to so-called traditional values. Robertson spouts his neo-Confederate beliefs—which also include racism—basing them on Biblical discussions of slavery and “traditional values.” I won’t go here into the neo-Confederate nostalgia for the happy slave days, completely belied most recently by the film Twelve Years a Slave. But what about those “traditional marriage values”?

Putin’s claim to be restoring traditional Russian values is as specious as his comrade Phil’s nostalgia. In anticipation of the Winter Olympics in Sochi, he has released his country’s highest-profile political prisoners, such as 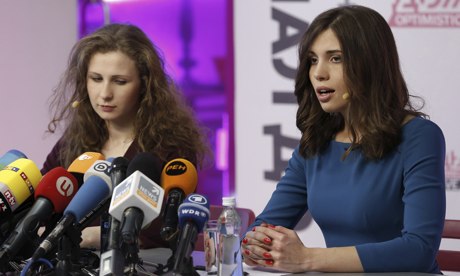 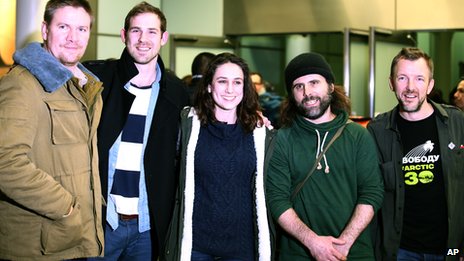 —but he has made no changes in the internationally deplored antigay laws.

So, what of Putin and his ally the Russian Orthodox Patriarch Kirill’s appeal to their country’s traditions? In fact, Russia’s traditional culture was far more diverse than the Putin-Kirill version. From its early days, the Russian Orthodox Church was suspicious of all sexuality as a source of impurity and sin, including sex within marriage. Despite Church asceticism, in terms of its laws and popular attitudes, Tsarist Russia was relatively free of restrictions on the range of sexual relations. The lack of strong state and church control outside major urban areas was a factor in this freedom. Pagan traditions of nonreproductive sex acts and religious sects that sanctioned, indeed glorified, diverse sexualities, were common in the countryside, and Russia was predominantly rural well into the twentieth century.

Class divisions and attractions, with same-sex encounters crossing social and economic barriers, manifested themselves often. Male and female prostitution was part of life in urban areas. Among men, the culture of masculinity could include indulgence in same-sex relations with none of the penalties associated with medicalized definitions of homosexuality. Compare this with England, where homosexual acts were punishable by death until 1867, and by imprisonment until 1967, and many of whose former colonies still retain similar antigay laws.

Despite these new antigay laws, many key early twentieth-century Russian cultural figures were homosexual or lesbian or queer. Tchaikovsky is probably most well-known, but far from alone. The poet Marina Tsvetaeva wrote: “The face that I long for is—female.” For a time she was lovers with another poet, Sophia Parnok. Lesbian couples lived freely among the elite. Children’s author Poliksena Solovyeva, the sister of the philosopher Vladimir Solovyev, lived openly with Natalya Manaseina. Sergei Diaghilev, head of the Ballet Russes, was lovers with his principal male dancer Vaslav Nijinskii at the height of their success before World War I.

While it would be wrong to overstate Russian acceptance of homosexuality at the turn of the past century, gay and lesbian themes were treated openly in art. Mikhail Kuzmin’s Wings, published in 1906, proved pioneering. As Dan Healey notes, “In no other European great power before 1914 was there as optimistic and confident an expression of the homosexual self as that portrayed by Mikhail Alexeevich Kuzmin in Wings.”

The Revolutions of 1917 moved Russia into the vanguard in terms of its sex-positive policies. Soon after the November Bolshevik Revolution, Left Socialist Revolutionaries, as part of the new government, moved quickly to decriminalize homosexuality. This remained official policy into the early 1930s, and was touted by the Bolsheviks as an example of their advanced, modern attitudes. Promoting their enlightened legislation at Congresses of the World League for Sexual Reform and other venues, Soviet spokespeople emphasized that their revolution extended beyond the economic sphere into all areas of life, and that sexual freedom was an important element of the transformation of life for the masses.

With Stalin’s ascension to power during the mid-1920s, homophobic policies returned with a vengeance. The reasons for this sharp turn are not clear; some attribute it to population decline, others to the Soviet leader’s desire for better relations with the Orthodox Church. Again, however, the Soviets pointed to the policy to differentiate themselves from the West. Before, in the twenties, they compared their radical commitment to sexual liberation with western antigay repression. Now, they linked homosexuality to fascism and “bourgeois decadence.” The mass arrests of gay men in January 1934 reflected the change of direction. These were followed in March by a law prohibiting sexual intercourse between men as a “social crime,” in the same category as banditry, counterrevolutionary activities, sabotage, and espionage. Punishments ranged from three to eight years in prison. Presaging Putin’s current arguments, the popular writer Maxim Gorky

supported the campaign, linking gay men with pedophilia and arguing that homosexuality, which “ruins youth,” ran rampant in both the fascist and democratic West.

Laws criminalizing male homosexuality (lesbians were often committed to mental institutions) remained in force beyond the collapse of the Soviet Union in 1991. Only under pressure from the European Union did Boris Yeltsin’s government decriminalize homosexual acts between consenting males, in May 1993. For the rest of the 1990s, the atmosphere for gays and lesbians remained relatively tolerant, with the emergence of publications, gay pride parades, and organizations. Reflecting these changes, in 1999 homosexuality was formally removed from the list of Russian mental disorders.

In sum, traditional Russia was more open to diverse sexual expression than Stalin and his successors. Putin’s so-called traditional values reflect a return to Stalinist and late Soviet homophobic policies and laws; they also bear a remarkable resemblance to those advocated by western religious conservatives like Duck Dynasty Phil. 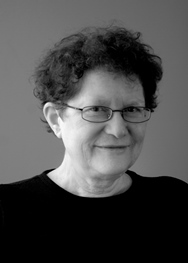