After years of fraught silence, there is now much talk about sexual assault on campuses. Americans are teeming with concern, outrage, and ideas for stopping

it. The president of Dartmouth has banned hard liquor. Some suggest sororities be permitted to serve alcohol to “control the space” at parties. There are calls to end Greek life altogether. There are bystander training programs, a new consent law in California (get a “yes” before sexual intimacy), campus sexual assault committees, and amped up discussions of sex at campus orientations.

It’s not apparent what will work, but the recent shift in how we are talking and what we are talking about offers hope. During the past year, the focus has moved from procedural issues—to whom sexual assault should be reported; how it should be adjudicated; what punishment is appropriate; how to ensure fairness—to a more substantive conversation about culture. Sexual assault is much more than a troubled act that needs an immediate response. It is linked to people’s beliefs and practices.

This is not to say adjudication doesn’t matter—of course it does—but it only glances at the problem, because it is narrowly focused. Just consider the tangled reporting in the media—Rolling Stone’s report on alleged gang rape at University of Virginia, or conservative columnist Cathy Young’s call-out, in the Daily Beast, of Emma Sulkowicz, whose performance art first became a celebrated symbol of institutions’ failure to act and may now represent the failure of due process. Nobody wins.

It is tough to wrap our heads around what happens between two people in a private setting. Which version of the Rashomon-like truth is the real truth? In contrast, “public” cases of assault (think: Vanderbilt video) seem more transparent. They also highlight the cultural issue. While it’s possible for two people to misunderstand one another’s desires, when several individuals find a depraved act socially acceptable enough to participate in it, an ugly clarity is revealed.

How is it, for example, that a student at Dartmouth can produce (and share!) a “rape guide”? How is it that many believe men have a “right” to pursue sex, viewing it as natural and unstoppable, a byproduct of hyped up hormones? At the same time, women wearing supposedly revealing clothing (which can be just about anything from a tee shirt to a short skirt to the yoga pants a Montana state senator recently thought shouldn’t be allowed in public spaces) are “asking for it.” In the process, we prioritize male sexuality over female sexuality, and perpetuate yet another form of inequality.

Sexual assault happens on the fuzzy fringes because of problematic social norms involving male and female identity and power. In an unpublicized case I learned about, a motivational speaker encouraged a team of male athletes to have their way (in raunchy language) with female classmates (defined by raunchy language). This kind of bellicose urging is medieval: was he really suggesting sexual conquest as a tool to build athletic power? into a contest for control, competitive instead of collaborative. As the mother of college-aged daughters, I see the effect of this culture on their daily lives. Even the most “normal” behavior can make being a young woman trying. Imagine walking down the street, involved in your thoughts, feeling excited about events in your life, when suddenly you are accosted by a guy yelling, “Hey, baby!,” who escalates into threatening language and gestures when you try to ignore his sexual come-on? Why must young women live on men’s sexual terms? Imagine being a first-year student (as my oldest daughter was at the time) and hearing frat pledges shout “No means Yes! Yes means anal!” outside your dorm, as happened in a notorious incident at Yale? Welcome to campus. This act was punished, but how could the fraternity brothers have thought it was OK in the first place? Why did none of them object?

The new conversation about sexual assault targets the environment, in particular, alcohol—but that’s only a start. Sexual assault happens when people are sober, too. This is why the paradigm of “rape culture” is moving from feminist circles to the mainstream. The term—which refers to the passive acceptance of behavioral norms that threaten women’s safety—should force everyone to consider what it takes to build a fair and respectful environment. What good is sex-assault training at orientation if the athletic department hosts a speaker with a barbaric message?

Just as, over the course of decades, Mothers Against Drunk Driving changed social norms about consuming alcohol and getting behind the wheel of a vehicle, so, too, must stopping sexual assault become a collective task. For too long it’s been a young woman’s job to protect herself—even if she is drugged—and campus administrators have closed their eyes to the problem, more eager to protect the reputation of their institution than to address the issue. College leaders have known for years that sexual harassment and assault on their campuses are problems, but they’ve wrung their hands and hoped for the best, falsely believing that talking openly would imply culpability.

A conversation about culture spreads the onus to everyone.

The culture talk is, of course, harder than finding and punishing individual cases. I realized this while reviewing The Price of Silence by William D. Cohan, about the notorious 2006 Duke lacrosse rape case, in which three members of the Duke University lacrosse team were charged with raping a woman they had hired to perform at a party as a stripper. The accused players were exonerated, and the over-zealous prosecutor, Mike Nifong, was disbarred. The focus was on the facts: did it happen? I was struck by how much of the case was about the charges, and how much less was about the team members’ idea that it would be good fun to hire a stripper. And according to the book, the reason they hired the stripper instead of going to a bar was that some of the players were underage and didn’t have fake IDs that would get them in.

To be fair, the Coleman Report, produced by a committee headed by Duke Law Professor James Coleman, raised concerns about “lacrosse culture.” It identified the dangerous duo of male privilege and drinking. It noted that “a large number of the members of the team have been socially irresponsible when under the influence of alcohol” and cited a five-year trend of rising social misconduct. Yet, the report carefully stated that such misconduct “has not involved fighting, sexual assault or harassment, or racist behavior”—exactly what the accused players were charged with.

Was the report accurate? Was bad student behavior limited to stealing pizzas, disturbing the peace, and using fake IDs?

We may never know. But the reason Nifong rose to fame with charges later shown to be false—and Chrystal Mangum, a troubled woman, could level them—was that the power gap between privileged, rowdy white male athletes and a black woman made them utterly believable. The conversation we’re having about how to stop sexual assault on campuses matters. Sexual assault and sexual equality are intertwined, and they are not niche issues that we can choose to handle or not and expect other aspects of women’s lives to progress toward equality. 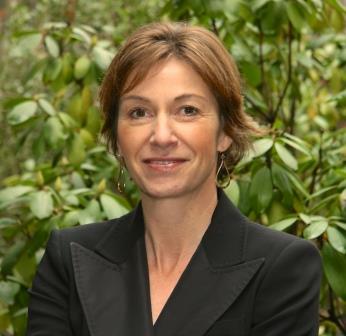 Laura Pappano is a writer-in-residence at Wellesley Centers for Women and a journalist who writes about education and gender/sport issues for publications including the New York Times and the Harvard Education Letter.