He broke a major color barrier, fielded intense opposition from day one, and lived his time in office under the unrelenting gaze of the Internet and social media—and for these and other reasons, Barack Obama has probably been the most scrutinized president in American history. Most of the scrutiny has been critical: everybody from conservative tea party zealots on down to disillusioned progressives have complained about his policies, his lack of this and overreach of that. But what about Obama the man, or more accurately, the symbol? Where will he finally lodge in our national consciousness? And what did he mean to women, especially black women?

Polls reported that Obama consistently resonated among women of all colors, most obviously because of his broad sympathy for their issues. The first bill he signed into law when he got into office was the Lilly Ledbetter Fair Pay Act. He’s prochoice and has talked a lot about single working moms, something that speaks to his own family experience growing up. He pushed through healthcare reform.

But what women might have found at least as persuasive, and what the media never dared mention, was Obama’s sex appeal. The Republicans derided Obama’s early massive popularity as so much rock-star fluff, but it was huge. The fact is, we’d never had a black politician as rock star, able to command big crowds screaming his name, embracing him not just for his historical significance or his promise of change, but for his good looks and charisma. You probably can’t separate those things, but that was part of the magic. I was in one of those crowds in 2007—strictly as a journalist and observer, not a fan—and I can tell you the experience was heady, transporting even.

Of course the fervor ebbed over time, after he was elected and reality set in. But the symbolism lingered. It was all the more potent for never being discussed; when actress Gwyneth Paltrow blurted to Obama,“You’re so handsome I can’t speak properly!” at a 2014 Los Angeles fundraiser at her home, the sentiment was startling. Nobody seemed to have any idea how to report it. Republicans reflexively grumbled, chiding Paltrow for her adolescent behavior—more rock-star fluff. But that was a clear case of reading things wrong on purpose.

Let’s be real. Beyond black circles, the notion of Obama-as-sex-symbol stirs up anxiety around the biggest and oldest racial taboo of all: white women coupling with black men. That’s tied to the ultimate fear of miscegenation: of muddying the white gene pool and destroying the whole American social and racial order, which was so carefully built (and that in many ways still rests) on supremacy and segregation. The fact that Obama himself is half white only reminded us of that miscegenation, likely making him even more deeply loathed by his opposition than a “regular” black man, Jesse Jackson for example. Half-breed Obama is worse than black; he’s a racial infiltrator, a false heir to the crown of white American power, a snake in distinctly more ways than one.

Black women, for their part, embraced Obama with no such complications, as black people in general embraced Obama for his enormous and obvious place in the illustrious history of black firsts. Yet for black women Obama was also something specific: the model black man. Obama has graced many a cover of Essence and Ebony magazines as the president, but also as a man with all the attributes black women were seeking in a partner: highly educated but down-to-earth; compassionate; self-effacing; churchgoing; family-oriented; and, naturally, good-looking. He is the perfect model of assimilation, conscientiously black but comfortable in any ethnic setting. He is both a romantic idol and the upstanding, understated race man that all of us in the middle class—the so-called talented tenth—aspire to be.

What Obama isn’t has also mattered. Over the years, his presidential reticence to talk about race has had the unintended effect of actually militarizing black folk who might not ordinarily be militarized. Frustrated by the political protocol that’s long required black people in elected office to assimilate—to minimize their color and all the critical issues that go along with it, issues that gets them to office in the first place—ordinary black people have embraced the grassroots activism of Black Lives Matter and its message that standing up for black rights is once again essential. Though she’s hardly ordinary, those people include Beyoncé. The uproar over her recent Super Bowl halftime-show underscores just how apolitical her work had been up to that point. But her overtly political performance of the new song “Formation,” reaching back as it did to the Black Panthers and Malcolm X, and forward to police brutality and the ongoing fight for black self-affirmation, was undoubtedly a response to the growing crises named by Black Lives Matter and the whole renewed movement of black folks mattering, period. 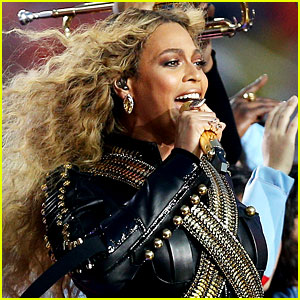 Symbol-wise, I can’t help but see Beyoncé as a kind of doppelganger to Obama. She shouted from her vast platform because he cannot do so from his; she represented black, fiercely, where he couldn’t. Of course, Beyoncé and her performer husband Jay Z are close to the president. She sang at his inaugural. Even their career trajectories are somewhat parallel: megastars in their respective fields, Bey and Obama have succeeded in part because they’ve offered followers a black product and sensibility without the entanglements of race. Obama has dropped some of his racial inhibitions as he nears the end of his second term and has less to lose politically; it’s hard to imagine Beyoncé losing any of her following at this point, no matter what she does.

And yet affirming and sympathizing with blackness is always a risk. So Obama’s eight-year quandary has given many black folks courage—the courage to fundamentally say who and what we are. Who better to expand the meaning of “say my name” than the woman who made that a hit? She officially took the personal into the political, making her a feminist by definition and sowing seeds not of change, but of recognition. 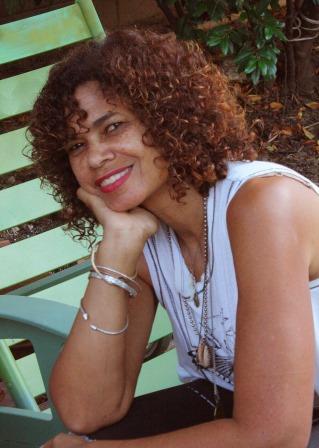 Erin Aubry Kaplan is a journalist and writer based in Los Angeles who has written about black issues for more than twenty years. She is a contributing writer to the op-ed page of the Los Angeles Times and for nine years was a staff writer for the LA Weekly. Her new book is I Heart Obama